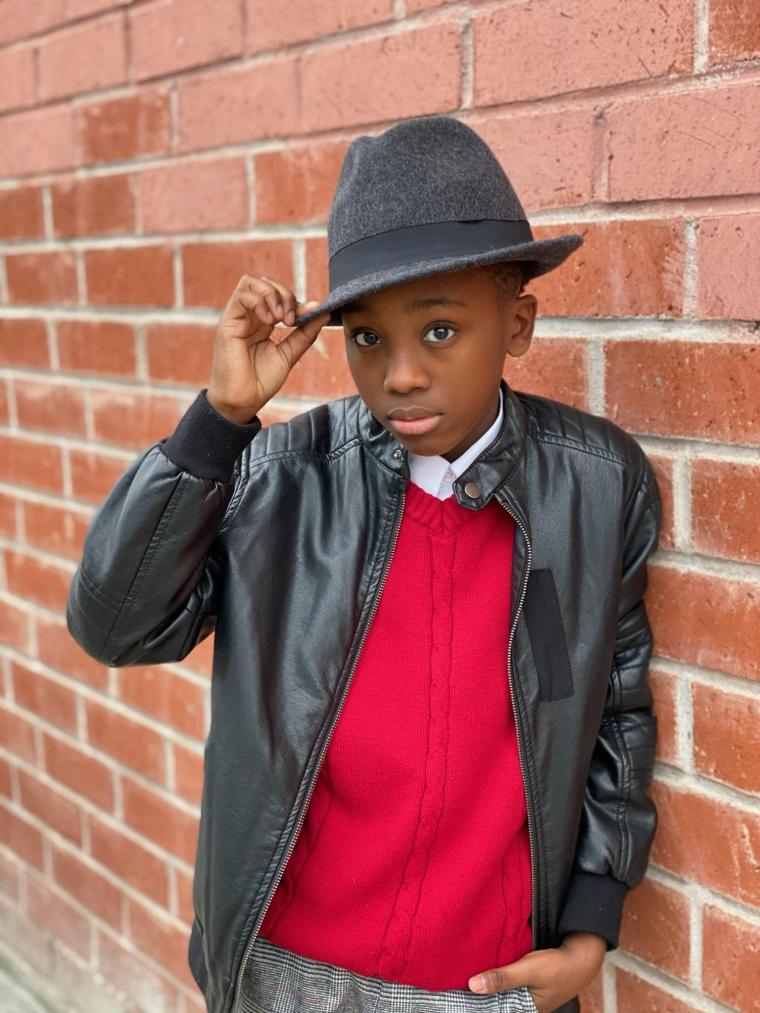 Last year, Ramon Reed started his leading role in new Disney TV Series Just Roll With It as Owen Blatt, with the show having some improvised scenes, and having a special live interactive episode guest-starring Raven-Symoné and Miranda May screened on Disney Channel in October 2019. Ramon has appeared as Young Simba in The Lion King both on Broadway and the National Tour, and at Christmas, he released his debut single, a cover of James Brown’s Santa Claus Go Straight to the Ghetto. Recently, Ramon answered our questions about starring as Owen in Just Roll With It, playing Young Simba in The Lion King and releasing his music.

What do you remember from your time as Young Simba in The Lion King on Broadway and the National Tour?

My time as Young Simba that I remember both on the National Tour and Broadway is the feeling of family. That role is an iconic role with an iconic production. I worked with a group of amazing actors that have become my family. We still keep in contact to this day. I remember when we were on tour and the tour performed in my hometown Charlotte, NC, and I had castmates that joined me for Sunday service at my home church. I did a few community service events bringing awareness to Sickle Cell Anemia disease and other childhood illnesses and they joined me and supported those events. I thought that was amazing! I also remember just having so much fun. I was so excited to be travelling from city to city and learning what each city is known for. Additionally, being on Broadway is a dream come true. The entire hustle and bustle of the city life is exhilarating, but in the same breath can be tiring trying to catch the train or bus to get to your destination.

Can you tell us about starring as Owen in Disney comedy series Just Roll With It?

Owen Blatt is a very fun character to play. Owen is super intelligent, he loves sports, he loves his schoolwork, he can be a little uptight sometimes and his only rule is to follow all the rules. He really tries his best to keep his stepsister Blair on the straight path.

Filming this series you have to always expect the unexpected. Each week is a new and exciting episode that keeps us on our toes.

It’s constantly a learning experience. Every show I’m getting more knowledge on acting, I get better every day and I really love the people I work with so that’s a huge part of the show being what it is, and also the audience, they’re so amazing.

For those that haven’t seen the show, can you explain what it’s about?

Just Roll With It is a first of its kind comedy, improvisational hybrid show. So it’s not your usual show. Every Thursday we pre-tape the episode we’ve been rehearsing Monday through Wednesday, then on Friday we tape in front of a live studio audience. During the live studio audience show is when the “real show” actually takes place. Three times during the show a foghorn goes off in the middle of scenes and my castmates and I have to improv our way through these crazy scenarios that the audience votes for us. I love that aspect because we have no idea what’s about to happen when the foghorn goes off and it gives us the opportunity to improvise and just roll with it.

How is the experience working with the rest of the cast and being on set of a Disney show?

It’s literally the best thing that I’ve done in my life I have learned so much in the short amount of time and really, really become like a small little tight-knit family and I couldn’t ask for better castmates.

Just Roll With It aired a live interactive episode guest-starring Raven-Symoné and Miranda May, can you tell us more about this?

That episode was a dream come true, I would never imagine I would be working with such amazing stars such as Raven-Symoné and Miranda May, they are both amazing people and extremely talented individuals.

Can you tell us about releasing your debut single Santa Claus Go Straight to the Ghetto?

It’s something I never would’ve imagined to be doing releasing music but now that the time is here and that it is happening, I’m definitely going to release more music and it felt so great being in a studio, just singing and expressing emotion through song.

What encouraged you to start recording music?

I really just speak from my heart and I do what my heart tells me to do and I just really felt led to do a Christmas cover song and I felt like Santa Claus Go Straight to the Ghetto by James Brown was a great option so I went for it and I think it was the right decision.

How did it feel preparing for your single launch?

It went by super fast. It definitely felt really hectic but at the end I felt so rewarded. I was so proud of my team for what we had created.

You’ve attended film premieres including Aladdin and more recently, Frozen 2, what’s it like being a guest at these events?

It is truly unreal, it’s definitely a dream come true. And especially that I see my friends at these events. So I am super grateful and proud.

How is it living with Sickle Cell whilst having an acting career?

Since I have had Sickle Cell for my entire life, I’m like any other actor, I go to work, I interact with other people, I do my job and I just have fun. The only difference is that sometimes I can’t get in the pool with my cousins or my friends, but I look at Sickle Cell as a blessing and as an outlet to advocate and educate other individuals on what Sickle Cell is and how they can help.

How did you get into your career?

I simultaneously got into acting. I first started acting in my local church and then I went on to act with this company called Porch Productions and that’s where I really started perfecting my craft and practicing and becoming better at acting. From there, I went to this talent conference called AMTC and that’s where I met my agent and manager. After that, I auditioned for the stage show of The Lion King and that’s when it really took off for me.

What upcoming plans do you have?

There is a lot I am working on at the moment that I can’t talk about yet. But, I will definitely be releasing more music.