Teenage actress Charlotte Mackey already has a number of professional roles behind her including short film Cool Fashion Girls and upcoming Sci-Fi release Jiva. Charlotte also had a role in award-winning short fantasy drama The Watchmaker, where she played the role of thirteen-year-old Annie and as well as acting, she is also talented in both dancing and singing making her a rising triple threat. Last week, we had the chance to chat with Charlotte about her role in Cool Fashion Girls, filming for Jade and what she looks for in a role.

How did you first get into acting?

I grew up dancing and singing which entails acting and storytelling, I fell in love with becoming these different versions of me through the many characters I became. Hugh Jackman’s love for both stage and film inspired me and I love binge watching TV series and movies and I knew a few people in the industry so I gave it a shot. It is always so much fun meeting and working with new people.

What can you tell us about the upcoming Sci-Fi film Jiva and your character Yvette?

Well I can’t say too much but I know it is going to be fantastic! From the initial table reading to mid-filming it is so fascinating watching it all come together. I love my sweet, innocent character, I feel like I have grown into her and she sings too which is a bonus! And the talented woman who plays my mum is really nice and we have connected really well.

What is it like filming for Jade and how did this differ from your other roles?

Filming Jade was so much fun, even though it was absolutely freezing during the night scenes. Angie the director/writer has a beautiful soul it was a great experience working with her. Her long-time dream had been to make this film and communicate the importance of the film’s content. Her drive and passion towards it made me feel so lucky to have the opportunity to help communicate the message and contribute to her amazing idea become a reality.

How did you prepare for your role of Connie?

We got given the script about a week before the table read, where we were able to ask lots of questions about our characters and the direction of this film. The table read was really beneficial to the bonding of the cast and crew and the depth/Angie’s ideas around the characters. I was also curious about the future of the film and the role of Connie and I am really excited to see where it all goes.

Was Chuckles your first time on a set and how did you find the experience?

No, I had been on set for a few short films before Chuckles, however, I really enjoyed Chuckles and it was a great experience to interact and learn from adults who have been in the industry for a while.

You acted previously in Flickers; how was it playing both Natalie Johnson and Danielle Harria?

It was a great experience to be two completely different characters, Natalie with the sassy attitude and Danielle, the girl who pretends to be tough to cover her soft/weak interior. Again, it was really helpful playing off adults who had more experience than me, I learnt so much.

How does it feel being part of productions that win awards such as The Watchmaker?

It feels really great. I find that it’s really interesting being a part/in the production to then watching the finished product, it is really fascinating watching it all come together.

What do you enjoy doing alongside acting?

Well, alongside acting I dance, sing and model. I have been dancing and singing since I was a toddler and I began modelling a short while after I became fond of screen acting.

Have there been any particularly funny moments that have happened on any sets?

There are so many funny and memorable events that occur on set it is too hard to pick just one. I love it when the cast and crew connect it’s amazing you have the best time.

What is Cool Fashion Girls about for those that haven’t had chance to see it?

Cool Fashion Girls is a lovely short film about a girl who gets diagnosed with cancer and is unable to go on her trip to Paris, so her group of friends try to bring Paris to her. 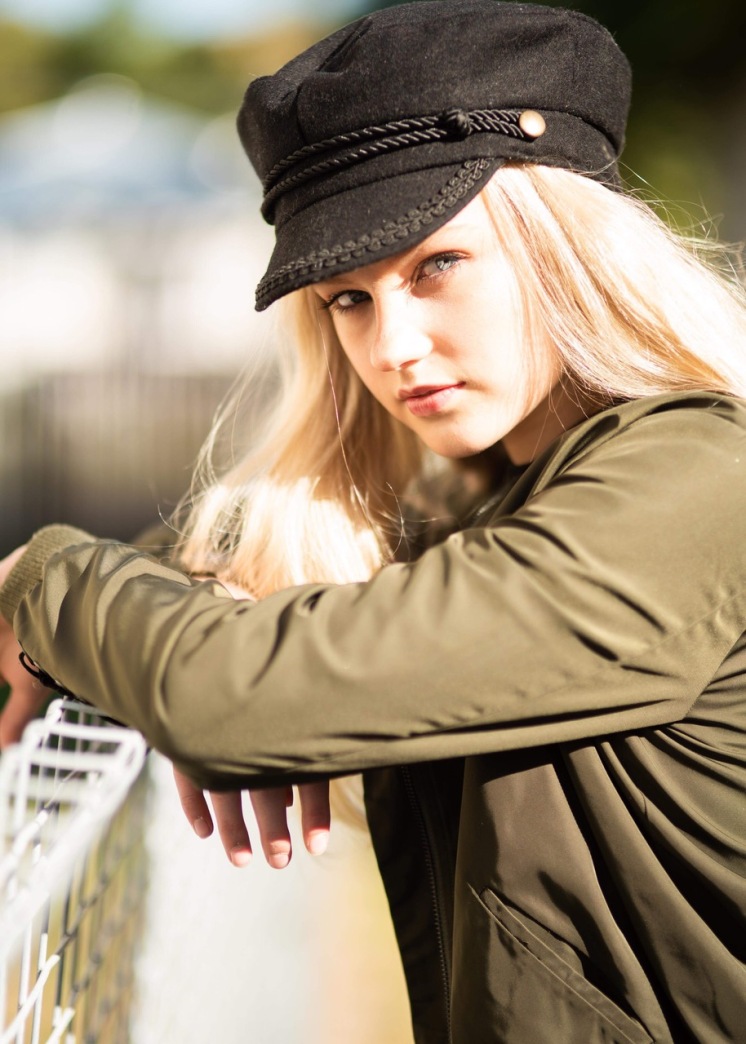 Who is your character Mia?

My character Mia is fun, bubbly and always trying to put smiles on her friends’ faces. She loves to laugh and always enjoys her friends company.

What do you think makes a good script and is there anything you look for when going for a role?

I think a good script is different, fun and interesting. When I go for a role I like to see that there is an element of myself in that character, it makes the acting so much more enjoyable and believable.

What shows do you enjoy watching?

I love almost all of the Nickelodeon and Disney shows e.g. Wizards of Waverly Place and Victorious. However, I also love Gossip Girl, Gilmore Girls, How I Met Your Mother, The Vampire Diaries and I am hooked on F.R.I.E.N.D.S.

Do you have any future roles booked for this year?

Yes, I have quite a few roles in line for this year and I am particularly excited about one, but I have signed an NDA so unfortunately it is all secret squirrel for now. I will keep you posted though.