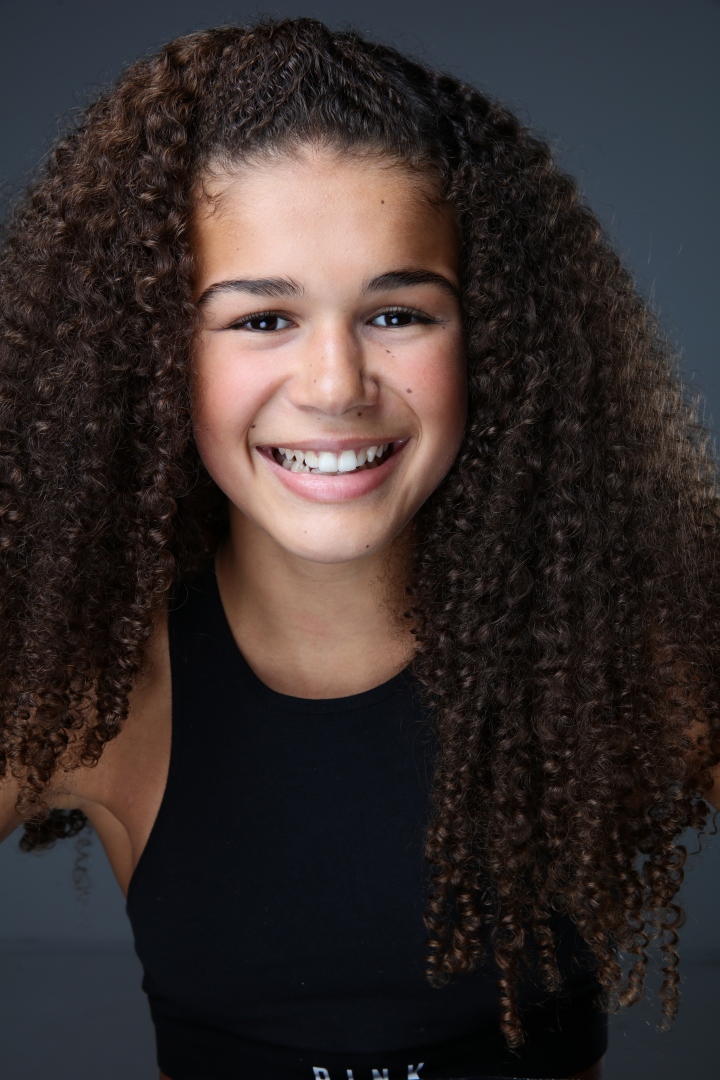 Early on in her entertainment career, Tillie Amartey became a weekly presenter for CITV over a number of years and has been heavily involved in screen work ever since. Tillie had the role of Tina Trotts in David Walliams’ Ratburger which aired on TV over Christmas 2017 and is currently starring in Almost Never as series regular Chloe, which CBBC launched last month. Answering our questions, Tillie talks to us about playing Arlene in Creeped Out, her presenting work and her latest role as Chloe in CBBC’s Almost Never.

What can you say about the TV series Almost Never?

Almost Never is a show I’m super proud to be a part of, it’s fast-paced and has great storylines and an amazing talented cast. If you haven’t watched it yet, you can catch it on a Tuesday at 5pm and 8pm on CBBC. If you can’t wait, you can binge-watch on BBC iPlayer.

Can you tell us about your character Chloe?

Chloe is a super cool character to play, she is fiery and doesn’t hold back from voicing her opinions. She is the band’s social media manager and takes on this role with passion and determination, she really believes in The Wonderland, especially Nate who she clearly has the hots for but doesn’t know how to deal with these blossoming feelings. She is fiercely loyal and friendship is everything to her.

Where was the show filmed?

It’s filmed in a top secret location in good old Wales. It’s so cool as the main location is a sick hangout called the “Palais” it was purpose-built for the show and it feels real when you’re in there. We have all sorts of crazy things in it like half an old silver camper van, a pool table and a full dance studio – it’s crazy.

Filming a comedy drama is so much fun and being part of CBBC is like one big TV family. It’s created by a cool production company called Saltbeef TV who really have a great vision when it comes to what kids and teens want from a comedy drama. We also had the very funny Emily Atack on set, she plays the mum of Oakley and Harry from the band. She was hilarious and had me in stitches half the time.

What was it like on set of Creeped Out and working with the other cast members?

Creeped Out was a bit different to Almost Never because each episode was a stand-alone episode, a different cast for each one, so it didn’t take as long to film. I still made great friends on set and keep in touch with them all, we have a “Creeped Out” group chat. The episode was called “Bravery Badge” about a group of Girl Guides on a very spooky camping trip, so other than the odd tent most of the location was outdoors in the woods.

Who is your character Arlene?

Arlene is a Girl Guide that thinks she knows it all, even after the camp leader tells her a spooky campfire tale, she thinks it’s a great idea to go into the woods alone. It’s not long before she disappears to a spooky la la la la la sound. You will have to watch it and you will understand just how that sounds lol.

You played Tina Trotts in David Walliams’ Ratburger, was this your first time playing a bully and what was it like becoming this character?

Ahhh Ratburger, I loved filming this even though Tina was a big bully it was a great thing to be a part of. I got to show the vulnerable side to Tina as most bullies do have a vulnerable side, a lot of them have been bullied themselves so this is why they do it to others. It also helped playing alongside my heroes such as Sheridan Smith as you see how they work and how much effort goes into the smallest thing.

Did you know the David Walliams books before being cast in the film?

Yes, I had heard of the books but to be honest I hadn’t read one the whole way through, but since being Tina I have read nearly all the books cover to cover. I’m not a big reader so I was quite impressed with myself for actually finishing them.

Was it a fun production to work on and what did you do in-between filming your scenes?

So much fun to film, the rest of the child cast are still my close friends, we all live in Leeds so keep in regular contact and have meetups. The film has been nominated for an International Emmy Kids Award in Cannes this year so we are hoping this will be a good excuse for a cast meetup. In-between filming, we spent a lot of time with rats as you can imagine. In term time we do have to do schooling in-between scenes. Sheridan and her full family of dogs on set also kept us very entertained, they were so cute. 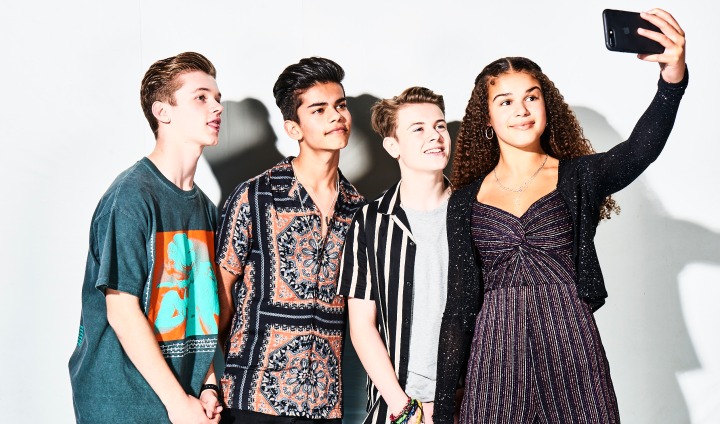 How were you involved in the storylines for both Doctors and 4 O’Clock Club?

In 4 O’Clock Club, I was Tall Mary, the cheerleader and ringleader that started a protest to get girls on the football team, there was lots of chanting and shouting at Mr Bell involved. It was a one-episode appearance but lots of fun.

In BBC Doctors, I was a character called Georgie Burke, it was a lead for the one episode. I learnt a lot being involved with Doctors as it was the first soap I had done and it was filmed at a very fast pace. I had to pretend to pierce my own ears after being extremely impressed with the work experience receptionist at the surgery and her hooped earrings. It was an emotional episode with lots of script and a chance to show my acting skills in a very different way.

Was there anything in particular which inspired you to get into acting?

My family have all been involved in the entertainment industry one way or another so it felt natural to me. Even though my mum was determined I was going to be the one to have a proper job, she saw I had caught the performing bug from a young age so the rest is history.

When and where was your first professional role?

My first professional role was Baby Nala in Disney’s The Lion King when I was eight but it was on tour first stop Bristol and I was terribly homesick so my mum decided I was a bit young to be away and brought me home. I was quite upset at the time but my mum reassured me it wasn’t meant to be and that something else would come up. Then about four weeks later, my agency, Scream Management, sent me for the Kindle Commercial and I got it. It was a big campaign and on TV a lot so my mum had been right after all.

What was your experience of being a CITV presenter and would you like to do more presenting work?

I have grown up on CITV from eight years old being the weekly presenter with my Co-Presenter, Noah Ross. I learnt so much as they really gave us so much opportunity, they were the kindest team and basically it was like being a real life presenter just I was a kid. I used to interview people like Peter Andre and Frank Lampard. I definitely think I will be a presenter in the future, I love chatting to people and I’m never stuck for words lol. I go live on my Instagram a lot, this is great practice at reading questions on your screen and still chatting to people. So watch out Ant and Dec, I’m coming for you.

You’ve done stage work previously, do you have plans to do more theatre?

Yes, I would love to do more theatre as it’s very different to TV, I did a play at the Lowry Theatre in Manchester and just loved the buzz of a live audience. Also, dealing with mistakes live and being able to adapt and wing it if things go wrong is a skill in itself, there is no second take and that’s what I loved.

Are you able to tell us if you have any future roles booked at present?