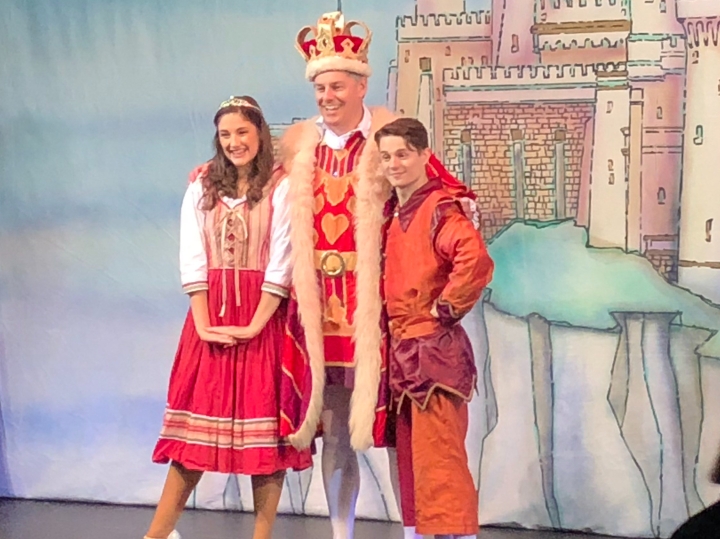 With pantomime season fast approaching, we were invited to the launch of Sleeping Beauty at The Capitol Theatre in Horsham where we caught up with Natasha Hoeberigs, who will be playing Princess Aurora, and James Fletcher, who will play Lester The Jester. Natasha is fairly new to pantomime having graduated from Mountview last year however she has had lots of experience on stage including working on the Disney Cruise Line. Many people will know James for playing the role of Dylan Jenkins in Hollyoaks from 2014 till 2015 and this will be his second year of appearing in Horsham’s pantomime. You can see Sleeping Beauty from 14th December up until 6th January 2019.

What are you most looking forward to about playing Princess Aurora?

I just love seeing the reactions of the children’s faces, every little girl and boy loves to look up and just go “oh, there’s a princess” and you know when there’s a character that they can relate to, it’s the sweetest thing and it’s just beautiful!

What do you enjoy about being in the cast of pantomimes?

Again similar to my first answer, I love the childrens’ reactions, I love seeing how they react to you. We’ve got comedic parts with Ben Ofoedu (Herman The Henchman) and James Fletcher (Lester The Jester) who are hilarious, and then there’s the Wicked Witch and the Wicked Fairies. It’s just having that contrast and seeing how they react to it, it is so cute and adorable.

When do you start rehearsals?

I think we start early December.

How long have you been doing pantomimes?

For me personally only a year, this will actually only be my second pantomime ever, I did pantomime last year in Darlington, so very new to me. I’ve worked in children’s theatre a lot before and I used to work for Walt Disney company, so not new to princesses but new to pantomimes haha!

Did you go to pantomimes when growing up?

No, because I was born in New Zealand and grew up in Australia so we don’t really have pantomime and that type of theatre down there. It’s now starting to creep its way into Australia’s theatre scene, occasionally there might be one a year for a whole city, so it’s really rare. It’s something I didn’t grow up with which is kind of nice in a way, I mean I did sort of look at it and go “ah wow I wish I’d had that as a child” but then again coming into it with fresh eyes going “ah this is something so nice and so cool that I can give to families and children” it’s something really exciting.

How have you found your time since graduating Mountview?

Brilliant, I loved going to Mountview. I loved the course that I did, I actually did a one year course and it was fantastic, they crammed so much training into one year and I enjoyed every second of it. Since then I’ve honestly not stopped working, I’ve been extremely lucky. I’ve been auditioning a lot, that’s always the way for people who graduate from school you go straight into your auditions, it can be a big shock for those who have not auditioned before, but then you start to find a routine. It’s a bit like, you might get this job, you might get that job, you might not get any job, but it’s all about finding what works for you and how much practice you put in everyday. It can be a bit of a shock once you finish your training and you aren’t going to ballet class every day anymore or not singing as much, but you find a happy balance and then you just keep going with what you’re good at. I try to stay very active with my classes since leaving, I take dance class in London every couple of weeks or so.

Is there a difference performing in the UK to Internationally?

I’ve found there’s quite a big difference especially in pantomime, it’s very much more hands-on, you have much more interaction with the audience. It’s different but it’s really fun, it’s cool, no experience will ever be the same though in any show you do. 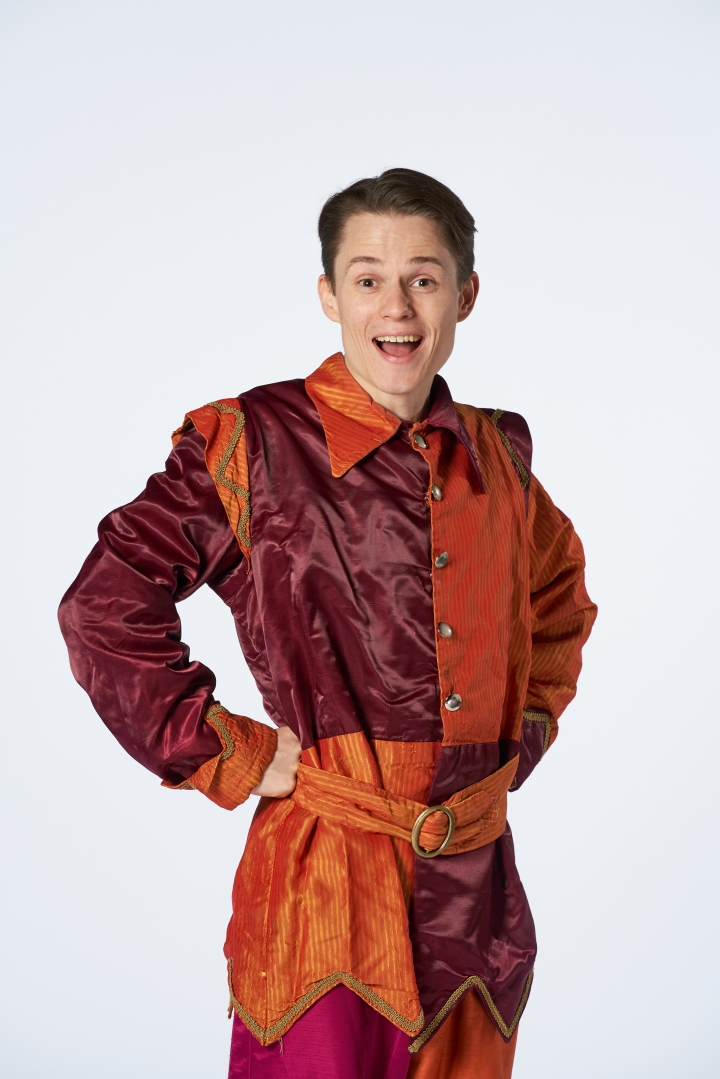 What can people expect from your character Lester The Jester?

How different is your character this year to last?

This year I’m employed as opposed to just working on my mum’s farm. I actually work at the palace so a little more regal, making sure that everything’s okay in the palace and everyone’s having a good time, because if I don’t make them laugh I might get killed! There’s higher consequences this year!

How much do you enjoy being in the Horsham pantomime?

Oh it’s fantastic, panto is a wonderful time and a wonderful way to spend your Christmas. It’s just a lot of fun and a lot of silliness, you are essentially sprinkling Christmas magic over everyone who sees you. It feels like it’s Christmas every single day and it’s just very nice to be part of that, the buzz that you get from it is high.

What do you think makes a good pantomime?

Can you imagine not doing pantomime?

No, like I said earlier, it’s the best way to spend your Christmas because you are making people happy. Anyone that comes to the panto in a bad mood or not wanting to join in, leaves with a massive smile on their face having had a lovely time. You get the buzz and enjoyment off seeing how everyone is really loving it and loving life.

What was your first stage show since leaving Hollyoaks?

I did a play in Morden Hall Park, it was a piece of work about how Morden Hall Park was a hospital during the First World War, not quite as cheery as panto! That was a lot of fun, I really enjoyed doing that, I played a gardener who was too young to join up but wanted to desperately and I lost my brother in the war.

Did you watch pantomimes when growing up?

Yes, the town that I grew up in, Letchworth, there was an amateur group called Spads and they put on panto every year and my grandma would take all the family. We’d have a laugh at everyone’s expense hahaha!

What can adults and children expect from the show?