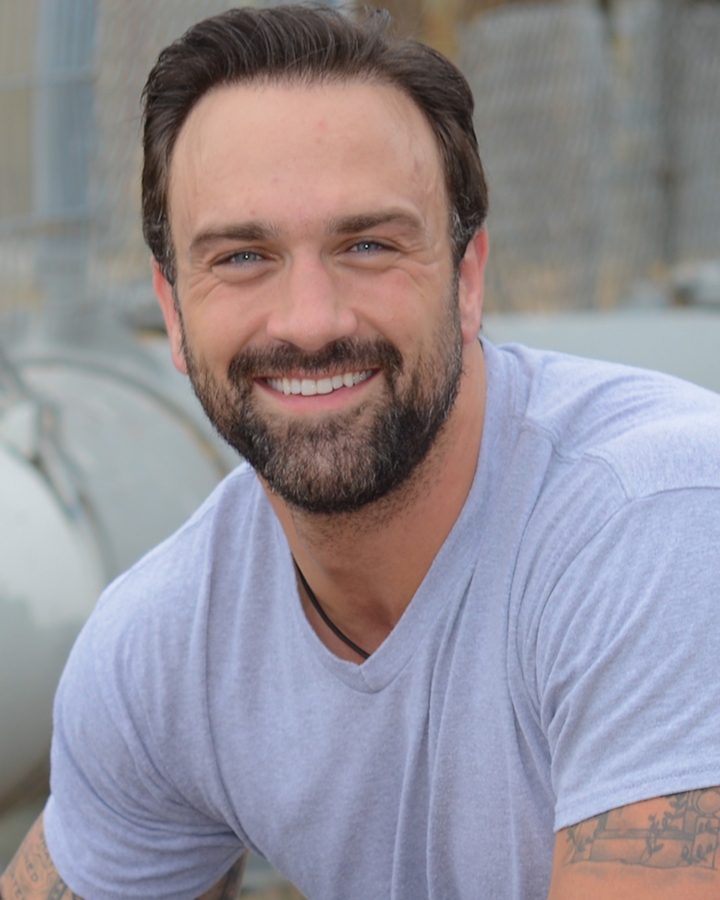 Starting his acting career in theatre, Jeff Bosley then decided on joining the US army as a Green Beret medic and once leaving began studying method acting. Jeff has recently been seen in TV series SEAL Team and has finished work on upcoming movie Backseat alongside Christian Bale due to be released in the US later this year. Answering our questions, Jeff tells us about his future production Deserted, playing Steve Porter in SEAL Team and working with K-pop band BTS.

Had you always wanted to become an actor?

Absolutely. When I was a little kid I LOVED playing pretend. I was so willing to get lost in a character. That child-like innocence and belief is my favorite part of acting.

What was your first major role in theatre?

Andy Gorski in Tom Dudzick’s ‘Greetings’ in 2001. It’s a dramedy about a Catholic son who comes home for the holidays with his Jewish atheist fiancée. I loved this play and it will forever hold a very special place in my heart. The experience was amazing and I am still very good friends with the actor and actress I worked with in most scenes.

You have the thriller Deserted in pre-production, do you know when work will start on it?

I’m one of the leads and I’m producing the film so pre-production work has already started. Six days a week I’m working with the core producer group to get it up and running. We are finalising contracts and locations and budgets and everything that goes into making a feature film. It’s a little overwhelming, but I love it.

What can you tell us about the production?

It is fueled by a group of friends and artists who have studied and been friends for quite some time. I am quite literally making a feature film with my friends. It’s a great work environment to be in. It is a thriller and sort of a modern day noir film about a crime family’s money disappearing and five strangers’ lives being set on a violent collision course in the middle of the desert.

How long were you on the set of Backseat?

I was booked for a week on that. It was one of those “biggie” movies where money and stars and production value was everywhere. One minute I’m talking to Christian Bale, the next I’m being directed by Adam McKay and then the next I’m watching the scene on the monitors with Brad Pitt. I was in shock almost the entire time. The little kid with dreams of working in Hollywood was having a screaming good time.

If they have a UK premiere, would you like to attend?

Absolutely!!! I love going to see audiences react to films. I may cringe when I’m on screen because it feels off and unnatural to watch one’s self on screen, but I’d do it in a heartbeat for the experience. Sharing any film I’m in with an audience is one of the biggest rewards.

Have any of your acting roles seen you film overseas?

Yup! I spent many months in South Korea working on ‘Take Point’. That was a dream experience I cannot wait to have the opportunity to do it again on any other film. Spending all that time in a foreign country I’ve never been to, getting to live out my dream… it was priceless. South Korea was amazing and the filming experience will forever be engrained in my memory. It was a film that catered to the kid in me that loves action movies. Running around with machine guns and explosions? What could be better? I loved the experience and love the fact I made a new, lifelong friend, with Kevin.

Where did you film your role in The Con is On?

That was an interesting experience. Through some turns of events I’m uncertain of, they needed a role filled very quickly at the last minute. A great friend of mine, a former Green Beret too, was the stunt coordinator on the film. When he heard they were looking for an actor that matched me he hooked me up. I found a way to get to New York the very next morning. It was a small miracle that I pulled it off. We then shot there for several days, packed up and then came back to LA to continue shooting at the Chateau Marmont for the remaining scenes.

How is Steve Porter involved in the TV series SEAL Team and who did you spend most time with on set?

Steve Porter is the team leader of the team that was actively deployed while Jason’s (David Boreanaz) team was stateside. Without spoiling it; certain events Steve and his team were involved in caused Jason’s team to be deployed sooner than expected. The remainder of the season dealt with Porter and Jason’s deployment and their motives for fighting the enemy. My first couple days shooting were primarily with the core team so it was pretty balanced. The tail end of my scenes/episodes were more with my (Porter’s) team.

Is there a release date for Reaper: Chapter One?

‘Reaper’ should be getting a release date of late 2018 or early 2019. It was my last (feature) film I shot in Colorado before I moved to Los Angeles. It is a completely indie-funded film so its release doesn’t have the financial backing of say, Warner Bros. However, work is steadily being done on it and I actually recently flew back to film additional scenes.

I don’t want to primarily do stunt work, but I love acting roles that have stunt work integrated in them. Similar to Tom Cruise: I’d love to do all my own stunts because the little kid in me loves acting and getting to have adventurous adrenaline rushes too.

What is your involvement with the group BTS?

That was a fun, random, side job as essentially their bodyguard. Through various circumstances my background as an Army Special Forces Green Beret put me on the right peoples’ radar to consider me for employment for a publicity tour they did in the US for the Billboard Music Awards.

Do you have any other projects you are working on soon?

Always. I’m actively working on ‘Deserted’, ‘Call of Duty’ will be releasing in the next couple of months, ‘Backseat’ is in post-production, ‘SEAL Team’ season one is being released soon and ‘Reaper’ should be seeing the light of day very soon.