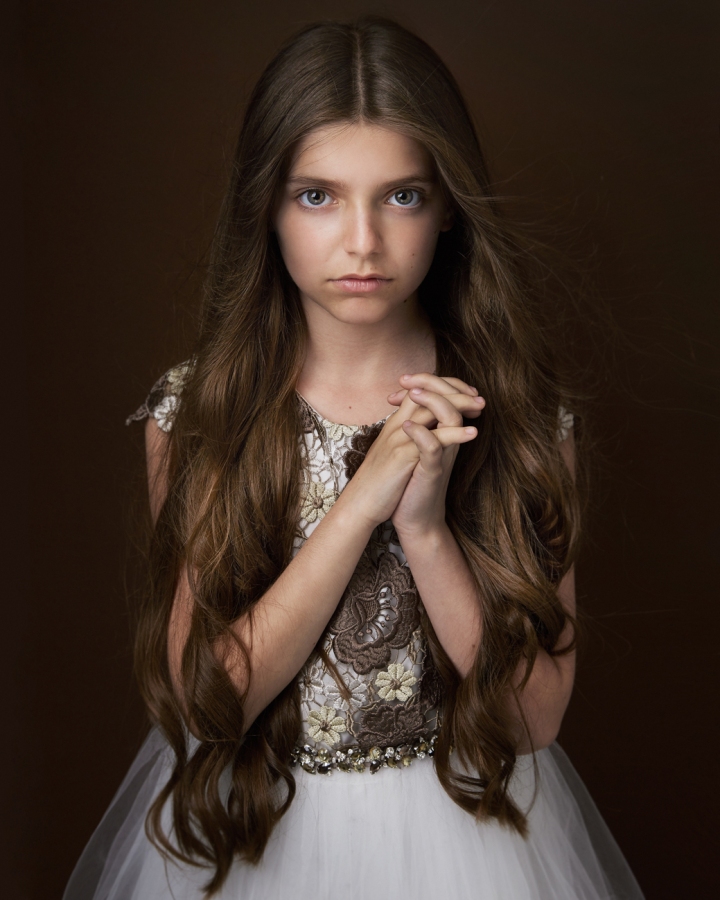 Young actress Mollie Cowen started her professional acting career in 2014 and this year saw her with her first regular screen role with the BBC. From April 2018, Mollie could be seen on TV around the country in the new drama series The Split where she played Tilly Stern, alongside her screen parents Nicola Walker and Stephen Mangan. Mollie’s dream would be to work with an animal charity such as Born Free or Battersea and she’s already adopted cheetahs and an elephant, and is set to adopt more. Sitting down to answer our questions, Mollie tells us about starting her acting career, what she gets up to in her spare time and filming alongside the rest of the cast in BBC drama The Split.

When did you get your first acting role and what was it?

I got my first proper acting role four years ago playing Norah in the fantasy drama ‘The Princess Under The Stairs’. Norah is a six-year-old girl who travels to a magical kingdom to try to save her Mummy.

What or who inspired you to become an actress?

My brother wanted to act when he was little so I just followed him because I was even littler and wanted to do whatever he did. We used to look like twins and did adverts together. It was such fun. We were obsessed with Harry Potter and always dressed up as Harry and Hermione, I wanted to be Hermione/Emma Watson, actually I still do!

Can you tell us about your character Tilly Stern in The Split?

Tilly is the cheeky youngest daughter of the Stern family. She has a brother called Vinnie and an older sister called Liv. She is usually seen arguing with Vinnie or winding up Liv and getting away with it, until things get a bit more serious at home.

How did you find out you had been successful in getting the role?

I did a self-tape and completely forgot about it as I had been offered another role. Then the other role went on hold and I got a recall about two months after the original tape. They let me know really quickly after the second round. My agent called my mum and she told me in the car after school and we both got really excited. We collected my brother and all celebrated with mango bubble tea!

What did you do to prepare for the audition?

I was sent a scene to learn and an episode to look at. It was a simple scene so I made sure I was off book and in character but I don’t like to over-rehearse because I like it to be real so I can react to whoever is in the room and then take different direction. This worked out well as the Vinnie I was meant to go in with wasn’t there and I ended up doing impro with a man in place of a Hannah.

What’s it like acting alongside the other cast members?

Working with actors like Nicola Walker, Stephen Mangan and Anthony Head was amazing because they are so brilliantly talented and you get to see how they prepare and I learned tons. Nicola is the kindest, most friendly and lovely person ever and made us so welcome. Stephen is hilarious and brilliantly funny at improvisation; even if you couldn’t act you’d be able to do impro with Stephen. Anthony Head was my favourite cast member ever. He made everything such fun for Toby and me. We called him Gramps and it was just like he was our real Grandpa. I get on so well with Lizzie and Toby who play Liv and Vinnie and they are both so talented. I’d love to have a real big sister like Lizzie and Toby and I had so much fun and squabbled like a real brother and sister. The whole cast were so nice to us and I am so lucky to have been given the chance to work with such amazing and experienced actors. 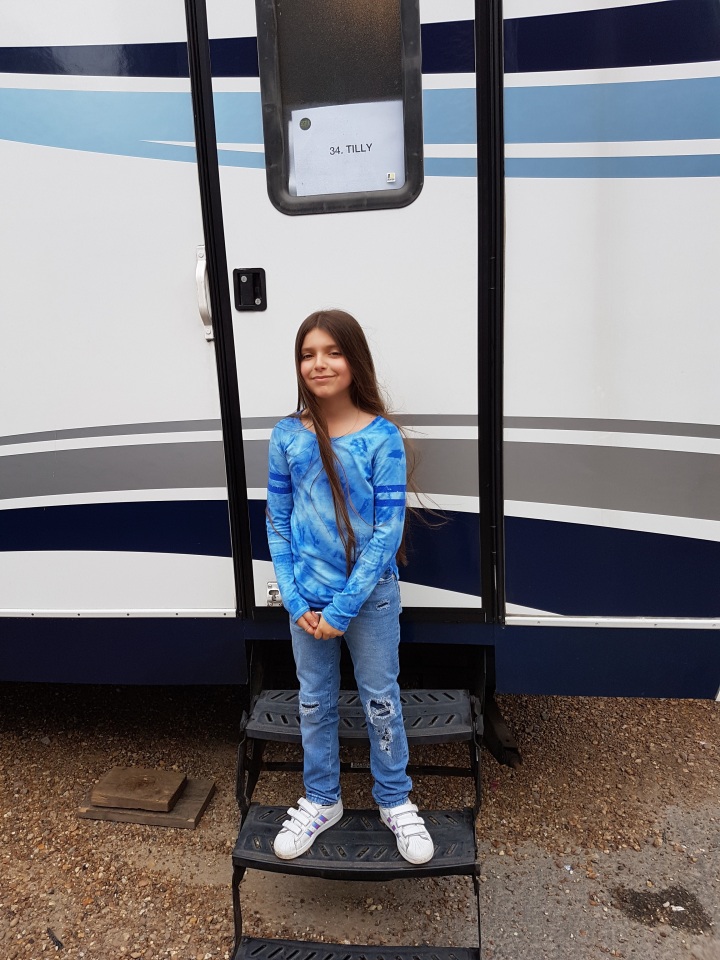 Was this your first time on a big set and what was the experience like?

Yes. It was so exciting going for my fitting. Ray Holman who does the costumes had bought Tilly a whole wardrobe including PJs, school uniform and dress up. The funny thing is when my mum buys me clothes half of them don’t fit but everything Ray bought was perfect. I had my own trailer with my character’s name on the door. In the morning we would be called to wardrobe and hair and makeup and asked what we wanted to order from the menus and when we got back to our trailers our lunch was there. We would go to rehearsal and then shoot our scenes. Our chaperones were always with us and we would be tutored in between. My mum was on set with me too and they really looked after us. One day when we were filming outside I was even allowed to bring my puppy. He is a tiny Pomeranian and ended up getting way more attention from everyone than any of the actors!

How long were you filming for, and how long ago did you film?

I think it was about four or five weeks last Autumn.

Did you have to miss any schooling while on set?

I didn’t miss that much school because a lot of it was over the holidays but Toby and I were tutored on set so we completed all of our schoolwork.

Did you watch the series on TV?

How was the response to the series?

The response has been very good, everyone keeps telling us how much they love it.

What’s the reaction been like from your friends and family about your appearance in The Split?

I only told my best friends but it’s a bit grown up for them but my family all love it, especially my Grandpa who is my biggest fan.

In between scenes, who did you spend the most time with?

I was usually with Toby, our chaperones and Mums.

What TV shows and films do you enjoy watching?

I am obsessed with Pretty Little Liars, I love all the Happy Madison films (anything with Adam Sandler in it), Blended and Just Go With It are my favourites. I’m really enjoying A Series of Unfortunate Events, I love Stranger Things and Once Upon a Time, I like scary stuff too, my mum says I’m gory, my family used to call me Chucky.

When you’re not acting or preparing for a role, what do you enjoy doing?

Horse riding!!! I recently started horse riding. My mum hates it because she’s scared I’ll fall off. She makes me wear Body Protector but I won’t let her stop me. All I want to do is go to the stables and I drive her nuts because every sentence I make has the word horse or pony in it. I love being with my friends. We shop, go for milkshakes, party and hang in the park. I am animal mad and love my four cats and dog more than anything. We also have a pond and I hand-feed our koi and goldfish. I hang with my brother a lot, we play Nintendo Switch, jump on our trampoline and try to kill each other. I also love arts and crafts, painting and making things or just making a mess and I love fashion, glitter, unicorns and pink.

Do you have any projects you’re working on at the moment or later this year?

I just got an offer for a lovely film role. I’ve been auditioning for the last three weeks. There were so many girls at the last recall, I put it to the back of my mind and my mum and I were so surprised and thrilled when I got offered the part two days later. I am filming really soon and so excited to meet my new screen family and play such a dramatic role.