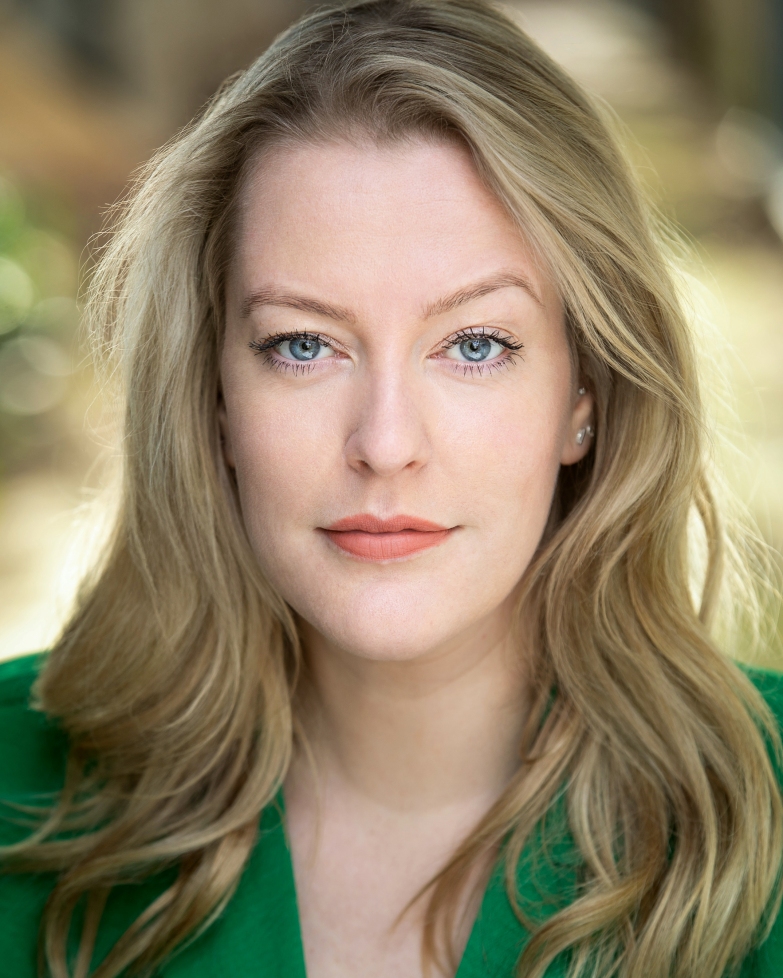 Currently, Britt Lenting is in the West End cast of The Phantom of the Opera as Carlotta Giudicelli, a role she has played since last September and is making her West End debut in the show at Her Majesty’s Theatre. Before moving to the UK from the Netherlands a few years ago, Britt appeared in many Dutch national tours and joined the Royal Caribbean cast of We Will Rock You as Killer Queen. In 2018, Britt toured with Strictly Come Dancing professional Pasha Kovalev on his UK Tour of The Magic of Hollywood as principal vocalist, and was a finalist on last year’s series of BBC One’s All Together Now. Recently talking with Britt, she tells us about playing Carlotta in The Phantom of the Opera, making her West End debut in the show and touring with Pasha Kovalev.

How are you finding the experience of your West End debut in The Phantom of the Opera as Carlotta Giudicelli?

Unreal! Haha, I honestly sometimes still think… wow, is this even happening? It has been such a journey the last three years. To now debut in the legendary The Phantom of the Opera, in the West End, in a role that is one of my dream roles. I am very grateful.

How did you feel on your first performance and seeing your costumes for the first time?

The first time I saw my costumes was during my first fitting. I was so impressed. During the show I get to wear six different dresses and each one of them is handmade, just for me. Wow. They are so beautiful! I was as happy as a kid on Christmas Day.

During my first performance, opening night, I had all of the feelings. My mother and some of my close friends were in the audience… I was nervous, excited, happy. It was thrilling. I loved it. During the bows I may have gotten a tiny bit emotional.

She is the best! She is so extra. I absolutely LOVE playing her. A confident, strong, passionate woman, and yet vulnerable. Very interesting.

She worked very hard to get where she is. For it to be taken away like that by the Phantom. Well, I’d be upset too.

What’s it like joining the cast of a long-running West End show?

So cool! Everyone has been so welcoming and it has been so much fun. It has been inspiring to work with the Creatives, hearing all the stories and learning from them. The passion they have for the show is amazing. There are actors that have been in it for years, and some people in the orchestra and the crew. I think it shows how special this show is and makes me happy I get to be a part of it. 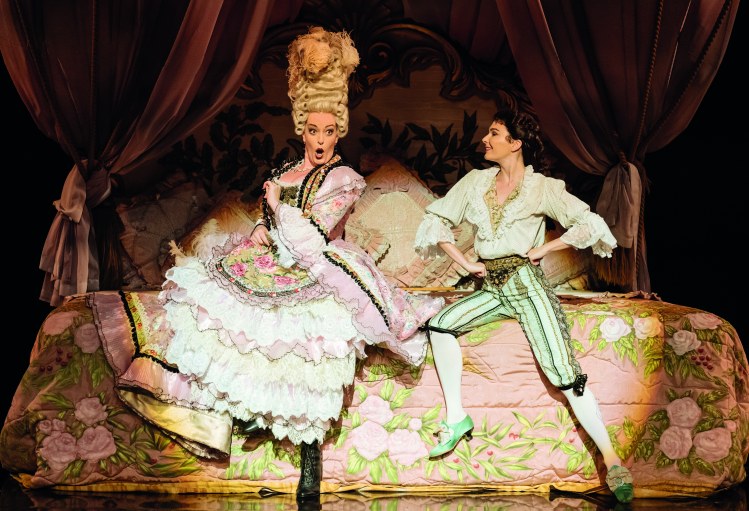 How is it seeing the response from Phantom fans to your portrayal of Carlotta?

Honestly? Pretty mind-blowing. I mean… I just didn’t expect this. Over the last couple of months I received so much love from people I don’t know. They write to me on Twitter or Instagram, or come to the Stage Door. It is just very special. I really appreciate it.

Can you tell us about your time as a contestant on All Together Now?

That was such a ride! The first episode was nerve-racking. They made me sing first, getting out there… standing in front of The 100… I was pretty nervous. Then I had to sit there and every time another contestant came out I was worried they would beat me. And I really, really wanted to sing my second song. I sat there for nine hours! (Luckily, because it meant I made it to the sing-off). It has always been a dream of mine to sing on UK television, especially with a song like Never Enough. Singing that and getting 93 of The 100 to stand up, that was my favourite moment. And then to be a finalist, that was pretty cool! Plus, I met some great people, some who I am still in contact with. So yeah, it was great!

How was it appearing on The Voice of Holland in 2014?

Yeah, that was cool. I got to sing something I wrote (music and melody) for my Blind Audition. That was a highlight. Unfortunately, I got cut after the Battles. I’d still love to do live shows one day… who knows!

You were principal vocalist on Pasha Kovalev’s The Magic of Hollywood tour, what was this like to do?

I was!! That was crazy!!! I went from folding towels in a workout studio to rehearsing for my first UK tour! Every night we were in a different city, a different theatre. I was the only singer on the tour, so it was full on. But it was amazing. Getting to work with such amazing dancers. In some of the songs I danced with them too. I mean… pretty cool!

Having appeared in pantomimes previously, would you like to do more in the future and what do you enjoy about doing them?

You know what? I love a pantomime!! I had never heard of it before moving here and they are absolutely crazy. So over the top, I love it, haha, especially as I always get to play the Baddie. And let’s be honest… they are the most fun!! At least, in my humble opinion. I love playing Evil characters. 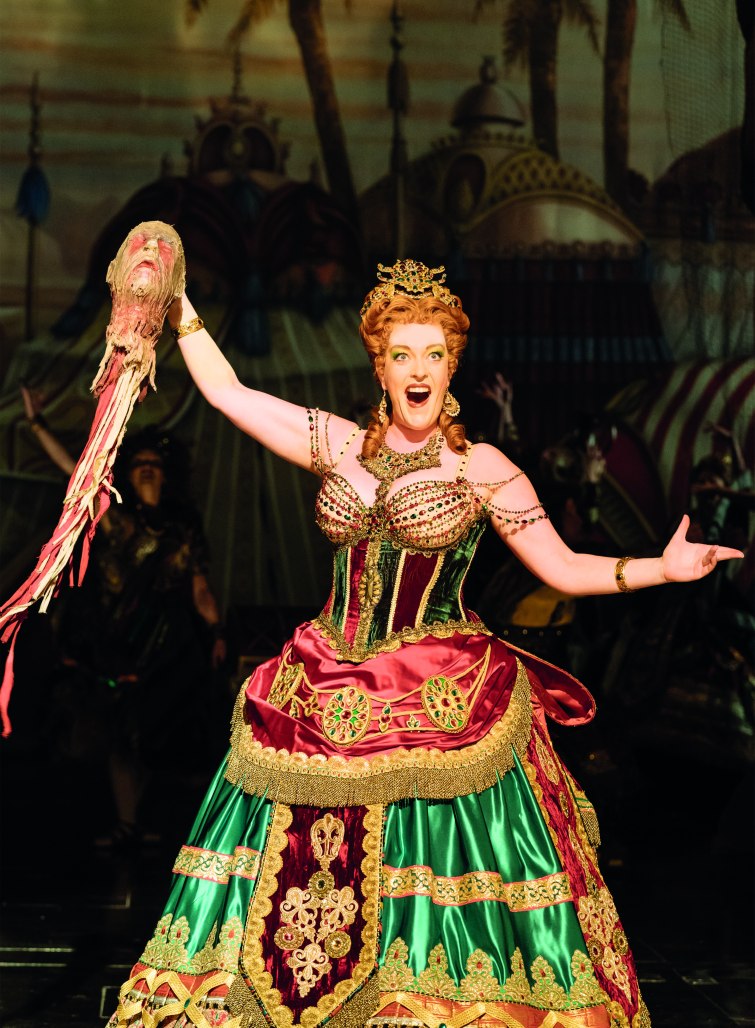 You played Killer Queen in We Will Rock You on the Royal Caribbean, what did you enjoy most about this role and working with Tony Edge?

You know what, that was a dream come true. I came to see We Will Rock You in London years ago. Mazz Murray was Killer Queen and I fell in love. I walked out of the Dominion and I said to myself… ‘One day’…

Years went by and a version of WWRY was coming to Belgium. I auditioned, made it to the finals, it went great… but… I didn’t get it. I cried. Gutted.

Another four/five years went by and my friend was telling me about the auditions in London for WWRY for RCCL. I didn’t have lots of money at the time, but I knew I had to go, so I did. The audition process was so exciting and in the plane home I felt something special had happened. It took a couple of weeks as they also auditioned in New York after London. But then, the email came with the job offer and I screamed!!! It meant the world to me, and on top of playing Killer Queen in WWRY, I also got to work with Tony! The man himself! I had the best time, he is amazing. He had so much to say, so much passion. I loved working with him. That contract inspired me to just move to London and pursue my West End dream.

How did you get into music and acting?

When I was little I always used to sing. When I was about seven or something, I joined a choir, but across the hall from us there was a Musical Theatre group. So, sometimes I would stand at their door and see them work. It looked like so much fun. So, I ended up auditioning for them and joined the Musical Theatre kids!

Can you tell us about the cabaret show you wrote and performed in?

In the Netherlands I had a little one woman show – about an hour long, with songs and sketches I wrote. Songs written inspired by events of my life. Songs about dating, love, about friendship or for example, my father’s death. I’d like to think the show was comedy with a little tear here and there.

I loved doing it… I do miss it. But I don’t think people in the UK would understand a word of my Dutch songs haha.

You were born and raised in the Netherlands and worked on numerous productions abroad, how has it been moving to London and performing in UK theatre?

Moving to London was very scary. I hardly knew anyone and didn’t have a job. Just two suitcases and a dream… haha that sounds so dramatic, but it is true. Yes, I worked on some amazing shows outside the UK, but here, I had to start from scratch again. I did manage to find an agent, which I learned was very important here in London. I was lucky that, after being here for a couple of months, I was offered my first UK job, playing the Evil Queen in Beauty and the Beast at the Theatre Royal in Bury St Edmunds. Giving me something to look forward to, giving me hope.

After that it was A LOT of patience, trying to get into the rooms, which proved to be difficult. It was frustrating at times. I started to do workshops, kept developing myself, got to know more and more people. Did some singing gigs, got spotted there and got offered the UK Tour with Pasha. So it was a very up and down journey. From Panto, to nothing, to little gigs, to this amazing Tour, to nothing, to another Panto. Meanwhile there were some doors that slowly started to open, but some still felt very closed.

I was very happy there was an open audition for the Les Mis tour. I went to the one in Liverpool and sat on my camping chair at 3:30 in the morning. I just really wanted to get seen. Luckily, I got there early, as thousands of other people had the same idea. I didn’t get the job, but I was ever so happy I got a recall and I got to audition for the team. Months went by again. It was challenging. Was it ever going to happen?

I signed with a different agent, Michelle Blair Management, how grateful I am they took me on, they have been so supportive, I kept taking classes and doing workshops. Just trying to keep on top of my game.

You can only imagine how excited I was when I got invited for the auditions for The Phantom of The Opera. It felt amazing! Just to get the invite… the door was finally open.
The whole audition process was very special, a story for another time maybe!

What are you looking forward to for continuing your role in The Phantom of the Opera at Her Majesty’s Theatre in the West End?

I look forward to growing in the part and learning even more. I discover new things playing Carlotta every time. It is exciting! I absolutely love working with the people around me. I am very happy I get to be part of telling the amazing story that is The Phantom of the Opera every night.