Starting out in Gymnastics, Bella Shepard made her acting screen debut in Sam Raimi’s adventure film, Oz the Great and Powerful in 2013, which then saw her make the move to acting full-time. Bella started her regular role as Alice Hargrave in Brat’s A Girl Named Jo last year and recently appeared as Jackie Rodriguez in new Brat series, On the Ropes. Bella talked to us about portraying a character from the 1960s in A Girl Named Jo, her role in On the Ropes and her experience filming for her upcoming episode of Orange is the New Black.

What do you find most rewarding about being involved with Brat’s A Girl Named Jo and what can you say about the show for those who haven’t seen it?

I love being part of a show that sheds a light on the history of the civil rights movement to a younger generation. It’s in a story they relate to and can understand, instead of just being in a history book. It is really exciting to create a show that hasn’t been done for the younger teens before.

How would you describe Alice and how much did you know about her before booking the role?

Before I booked the role, I knew she was the ‘mean girl.’ Through the last three seasons, she’s evolved, matured and found out more about who she is and what she really wants. I think she has always struggled to give people what she feels THEY want to see from her. This season, she decides more what she wants.

How is it portraying a character from the 1960s?

So fun! The clothes, the hair, the mannerisms and language were so fun to play with and develop. We have an amazing hair/makeup and wardrobe team. They spend hours sourcing vintage clothes and hair and makeup looks. It’s pretty amazing.

Do you remember what the first scene was that you filmed for A Girl Named Jo?

I think it was a scene between Annie (LeBlanc), Addison (Riecke) and myself. We became friends right away. Working with them was so fun. The whole cast was really close which shows in our scenes together. 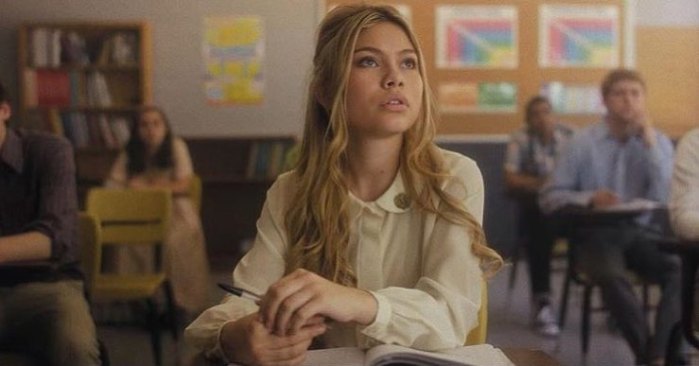 Can you tell us about On The Ropes and your character Jackie?

Jackie is a girl who grew up taking care of herself. She doesn’t have a father that we see in season one, and her mother is sick. She gravitates toward a local boxing gym for support, but they aren’t always on the up and up, so she feels like it’s her against the world.

How did you find the experience on set of this series?

It was so fun to play Jackie. She’s strong, capable, a little hard, but she opens herself to realising that just because you might be those things, it doesn’t mean you can’t be successful and positive too.

How different did you find filming A Girl Named Jo and On The Ropes?

A Girl Named Jo is so different from On the Ropes. From the past to present day, from a mean girl to a hardened outcast, it’s very different. But Jackie and Alice are both young women trying to find themselves, so it’s fun to show them do that through the stories you see their respective shows.

What was it like filming for your episode of Orange is the New Black?

It was a dream. Laura Prepon, the director, is incredibly talented and I loved being able to work with her. It was such an honour. I also felt so privileged to bring the back story of Aleida to life. Elizabeth Rodriguez, who plays her as an adult, is a legend and a tremendously gifted actor, so just being a part of the show left a major impression on me.

Had you seen the show before auditioning?

I was just eleven when it first came out so I hadn’t seen it. I had watched a few episodes this past year though. When I got the audition, I watched a lot of Elizabeth’s scenes to try and capture her mannerisms. I pick up dialects really easily, so I read the lines with a friend from the bronx to get the feel for it. I loved everything about this experience, from audition to filming. 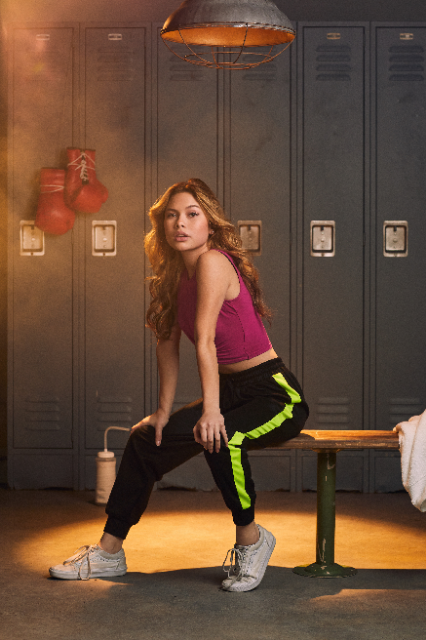 What do you remember from your time on set of Oz the Great and Powerful and was this your first time on a set?

I was OBSESSED with The Wizard of Oz as a child so getting to do this movie was everything. I had never thought about acting or done any acting, it was a fluke just being there. As a gymnast, I was the type of kid who liked order, and structure. Going to a movie set was exciting and magical, but scary. Once I got there, all the things that made me a good gymnast kicked in. I was focused, professional, and driven to be the best I could be on set. I loved the cast, Michelle Williams was so kind to us kids. I loved Sam Raimi and even with just one line, I was hooked. It was so impactful for me that the experience single-handedly shaped my life and the path I’m on today.

How was it filming for My Haunted House?

That was my first real job from auditioning! I had never auditioned for anything, and Oz had been my only experience on set. I had just gotten to LA and got this audition for a scary TV show. It’s a good thing because I was terrified. I think I booked it because I was just so naturally scared, haha! It was a great role, a great cast too. The director, Patrick DeLuca was so young, professional, talented. He made me feel so comfortable on set. I loved it. This was one of those roles that just reaffirmed my passion for becoming a working actor.

How did you get into acting and is it something you always wanted to do?

Like I mentioned before, I had never thought that just anyone could be an actor so it never crossed my mind. When there was an ad to be an extra in Oz the Great and Powerful, my grandma sent in my picture. On set, I was given one line and that was how it all started.

Where can we see you next?

A Girl Named Jo season three starts in June, Orange is the New Black airs at the end of June and a film I did called The Secret Lives of Cheerleaders should be out this fall.