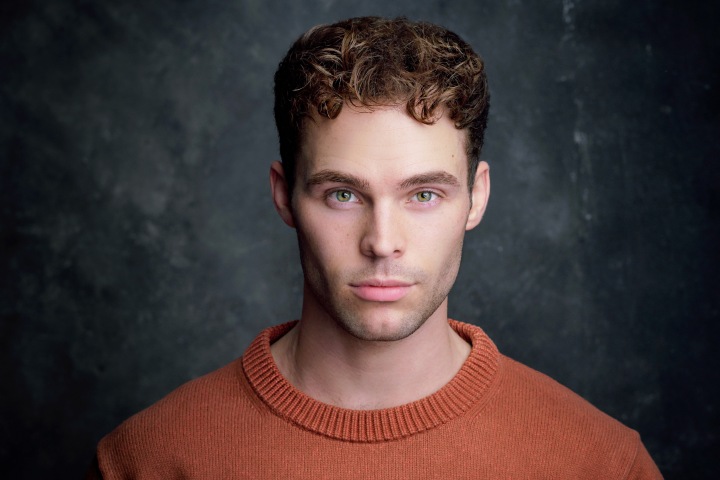 Since starting his stage career, Benjamin Yates has appeared in many productions including Cats in the West End and UK tour as well as playing at the Blackpool Opera House Theatre in Tommy the Musical. Along with these roles, Benjamin played Riff in West Side Story and last year he became first cover Fiyero when Wicked set off on a UK tour. Talking to Benjamin recently, he discusses playing the role of Riff in West Side Story, his previous productions and travelling with Wicked the Musical.

Can you tell us about your Wicked experience?

Wicked for me was that “dream job” that every aspiring young actor grows up hoping that one day they will be lucky enough to get. I spent all of my teenage years saving my money for trips down to London to see Wicked again and again, so you can probably imagine me getting that call from my agent.

How many times had you seen the show in the West End before auditioning for the tour?

I think I was coming up to my 30th time, but shhhh don’t tell anyone.

How long after booking the role did rehearsals start?

I got the job in July and started rehearsing in November. That was a long four months.

Did you know any of your fellow cast members before joining?

I knew a few people, just through friends, so it was really lovely to get to know a whole new group of people.

What can you remember from your first performance covering Fiyero?

Well, it was on my Birthday. My best friends from home were in the audience that night watching the show, so I didn’t tell them I was on for Fiyero, I just left them to figure it out when I appear in the cart for the first time. Possibly the best birthday present I could have asked for.

Did you get chance to go home much whilst touring?

I actually did, my family live in Manchester so I commuted a few of the venues. Leeds, Liverpool and we finished up in Manchester over Christmas, so that was amazing getting to spend so much time at home after so long on the road.

How do you prepare for a long-running tour?

Luckily for me I have done a long-running tour before, so I learnt a few tricks to help make life a little easier. Tip number one: DO NOT OVER PACK. Thankfully, Wicked was a sit down show, we spent at least four weeks in each venue, so you can really settle in to the city, unpack your bags and do a food shop. Tip number two: GO HOME AS MUCH AS POSSIBLE. It’s very easy when on tour to forget that you had a life before the show, so just checking back in with friends and family really helped me.

What did you learn from your time in Cats?

If I can get through a two show day on Cats, I can do anything. I feel immense pride when I think of my time on that show. This is a very special musical and anyone that has been apart of it will tell you the same. It challenges you physically in ways I don’t think any other show does.

You played Riff in West Side Story and also first cover Tony, what was this like to perform in and did you get chance to cover the role of Tony?

What an amazing opportunity to be able play and understudy two hugely different characters in the same show. West Side Story has been my favourite show to be a part of to date. I have to say a huge thank you to Sam Spencer-Lane and Matthew White for trusting me with both of these incredible characters. Unfortunately, I never got to play Tony for an audience.

What was your role in Wonderland and how was your experience in this production?

Ah, Wonderland! I tend not to talk about this show as I like to try and pretend it never happened, but I will say this, what a cast. A group of truly wonderful, resilient people and I made some very good friends on that show.

You performed at the Blackpool Opera House Theatre in Tommy the Musical, how was this?

What an amazing and completely bonkers show, but I had the time of my life. The best thing about being in that production was meeting two very dear friends who just so happened to fall in love and now we have a little baby Tommy Birchall in the world.

What’s been your most challenging role so far?

Every role has brought its challenges but I would have to say Riff. This guys needs to be able to really dance… really sing… and REALLY act.

What can you tell us about your first professional stage role?

It was in front of 15,500 people in Perth Australia in Jesus Christ Superstar with a Spice Girl.

What are your career plans now the Wicked tour has finished?

Wait for the next one just like everyone else.