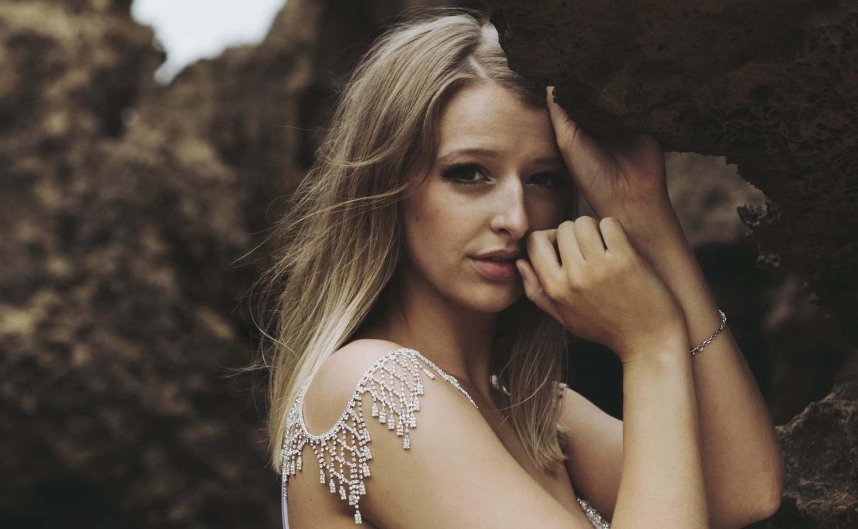 Singer-songwriter and producer Jade Alice has been writing and recording music for a number of years with her latest solo release being In The Deep. Last year, Jade also worked with fellow musician Motaki on the track Work This Out which was released in December. Chatting to the singer recently, Jade tells us about In The Deep, working with Motaki and performing at her Heartbreak Club single launch.

Can you tell us about your single In The Deep?

It’s the first step I took into a more electronic dance style! I feel like dance music has such a strong energy and ability to bring you to a place of elation and happiness. It’s a similar feeling to when someone gives you butterflies, and you turn into this kid with no inhibitions. You have a new-found confidence and excitement. I wanted to capture that feeling.

What has the response been like to this release?

Honestly, I am so overwhelmed by the amount of love In The Deep has gotten! I didn’t realise, but it’s been added to hundreds of Spotify playlists, and I get so many adorable videos and messages from people listening to the song and dancing to it! When the response extends further than just your friends and family, that’s when it gets surreal and very gratifying.

How do you choose which songs to release as a single?

I usually go by the reaction from my audience or people I’m close to when I play them the songs. If there’s one that’s really resonating with everyone, I know it deserves its own moment and release! But everyone has different opinions and taste, it just comes down to the works that are strongest and I am most proud of.

You’ve recently collaborated on a single with Motaki; how would you describe Work This Out?

I’ve worked on quite a few tracks with Motaki, and this one is definitely a darker one from us! It’s something a little more detached from human, but it’s got guts and power and groove! We had heaps of fun making it.

How was the experience performing at the Heartbreak Club single launch, and was this the first time you’ve held an event like this?

It was so wonderful! A lot of effort and planning went into it, I wanted it to be as visually evocative for the audience as we could make it, to match the overall aesthetic and feeling of the music. My favourite part of writing songs is performing them live and sharing them with people. I had projection artists come in to place stunning effected visuals over myself and the band. We premiered the music video for Heartbreak Club on the big screen and wore angel wings because why not, I had so much fun! There’s a compilation of footage from the launch on YouTube you can watch! It’s titled Jade Alice Live At The Toff. This was my second ever single launch, two years after the first one!

What was it like to film the music video for this track?

For the filming of Heartbreak Club, I got to work with some other boss ladies in film. I was inspired by witchy films like The Craft and our own bush-gothic Picnic at Hanging Rock, but also Care Bears, because I love the way they glow and sparkle and look out for each other. We wanted to play with gaze in our clip; make it seem like the girls were obsessed with boys when really, they were obsessed with the idea of hunting boys, moreover hunting and power generally, and specifically the Greek Goddess of hunting (among other things) Artemis.

Which musical instruments can you play, and have there been any you’ve found difficult to learn?

Voice, guitar and piano. I did give up the flute when I was ten! I wish I pushed myself more with piano, I stopped having lessons at a young age, then taught myself again when I was older. But it’s such a valuable instrument to know, especially when I’m producing songs and playing in midi parts.

Have you ever performed outside of Australia and are there plans for any shows in the UK?

It’s definitely a dream of mine to perform overseas. The only occasion it happened was an impromptu performance in a bar in Switzerland! So random. But I’d love to visit the UK to perform! I have some family there in London.

What were your favourite music releases of 2018?

I was obsessed with Lennon Stella’s EP ‘Love, me’, Ariana Grande’s Sweetener, Rosalia’s EL MAL QUERER, Matt Corby’s Rainbow Valley and Troye Sivan’s Bloom. My favourite single was probably When The Party’s Over by Billie Eilish!

Did you ever have an interest other than music, and what career do you think you’d be doing now had you not gotten into the business?

If it wasn’t music, I think it would still be something that requires creativity or art. I used to love creating video content when I was younger, about anything and everything! I also love fashion and writing, so if it wasn’t music I think I would either be some kind of journalist/someone in PR, or a vlogger!

What would you say is the most rewarding part about your job?

When someone tells me how a song of mine made them feel. They’re showing me that same vulnerability in revealing what it meant to them, as the vulnerability I put into making the song. Another rewarding part is having a stage and a platform for my work and the attention of an audience. It is a gift to be able to conduct the energy of a room and build connection.

How would you describe your style of music and is this the same as what genres you like listening to?

I would describe it as dream pop with electro elements, lush vocal layering and nostalgic melodies. Yes, I’d say I do listen to a lot of artists that influence me and seep into my writing, but I also like to listen to all kinds of genres and broaden my pallet. I love folk, music theatre, jazz, indie, opera and Latin music too!

Do you currently have any release plans for this year?

Yes! I have another collaboration called Flower coming out soon with my beautiful artist friend, Ivoris. I’ve got another solo single coming, and then my album will be dropped around the middle of the year!

Are there any upcoming events people can see you perform at?

I’m in the process of booking gigs for the year, so if you’re in Melbourne you can be sure to catch me at some markets, festivals and intimate shows too! You can stay updated with show dates on my social media pages.