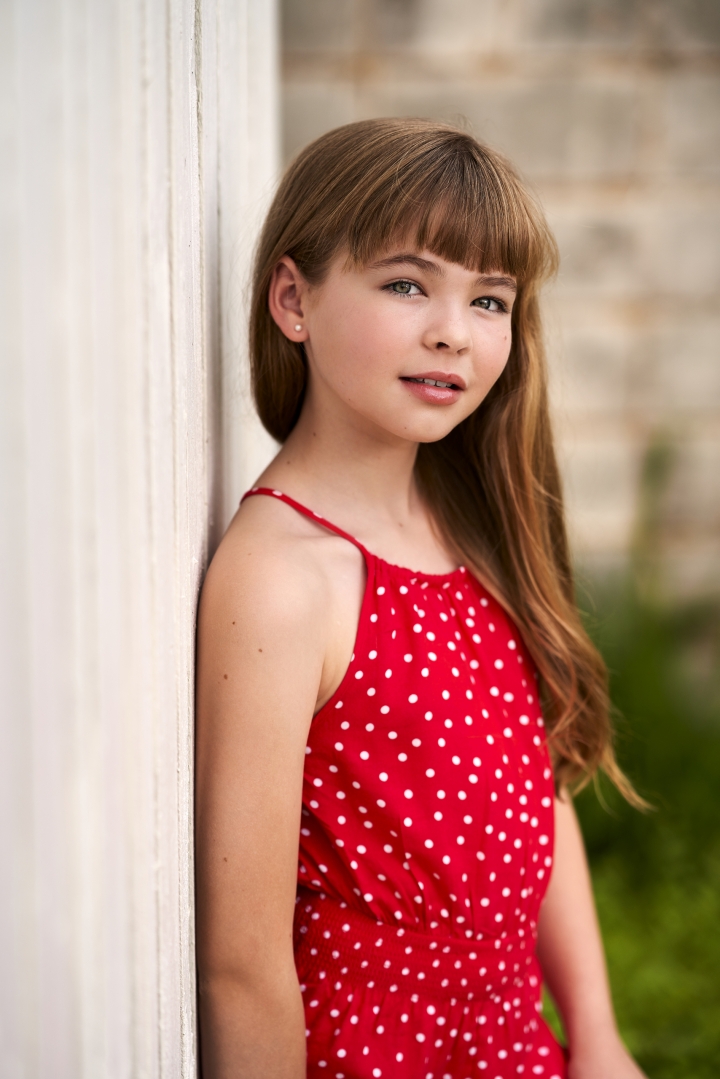 Young Australian actress Bella Rose has appeared in many short films and in 2017, she was awarded Best Supporting Actress at the Griffith University Drama Production Awards for her role in Paradise where she played an abuse victim. Recently, Bella starred in ten-episode micro-series Byte Size Bliss, with the role specifically written for her and is also a child presenter for companies such as Lego. Finding out more from Bella, she tells us about her first professional booking, being on the set of Aquaman and her recent role of Bliss Anderson in the micro-series Byte Size Bliss.

At what age were you when you wanted to become an actress?

I was six years old and recognised some of the older students from my dance school on TV in commercials. It took me almost a year to convince my mum and dad that I wanted to be an actor, I would drive them crazy by re-enacting scenes from TV shows in the ad breaks.

Do you attend theatre school or workshops?

I have trained at Theatre and Dance for the past seven years, in Musical Theatre, Jazz, Ballet and Tap Dancing, I also study drama at school, and attend acting for screen workshops. My favourite place to learn is on University Student Films, we have a lot of Film Schools in Brisbane and the Gold Coast, the practical experience attending in-room auditions, production meetings, script table reads and being on set is invaluable, I think I have worked on over forty student films in the past five years.

What was your first professional booking?

My very first audition with a casting director landed me the Hero Child of a National Commercial for a new attraction opening at a Village Roadshow Theme Park “Movieworld”, to say it was a fun experience is a massive understatement. I think I did a good job because I have worked for the Theme Park on various projects every year since then. 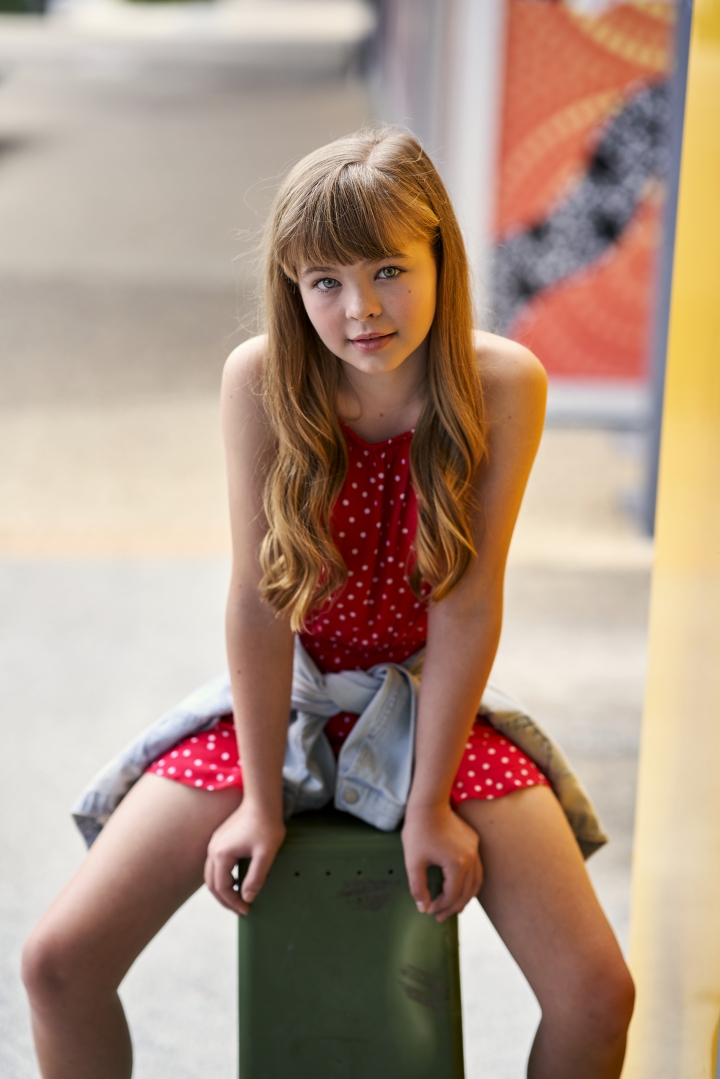 Do you have a technique for learning scripts?

I first draw a picture of the character and write lots of thoughts and feelings about the character, this gets me in the mood and mind of the character. I do a script analysis on what is happening in the scene, then after that things get a bit strange… I read my lines in lots of different funny voices, different accents and usually sing the lines as well – Mum says I can turn any scene into a musical theatre performance.

Have you done, or would you like to do, any musical theatre work?

I am a member of my local Community Theatre Company, Queensland Musical Theatre and have been cast in two musicals, performing on stage is exciting, my favourite role was a singing and dancing mouse in Cinderella – the mice even got a special mention in one of the amazing theatre reviews for the show. 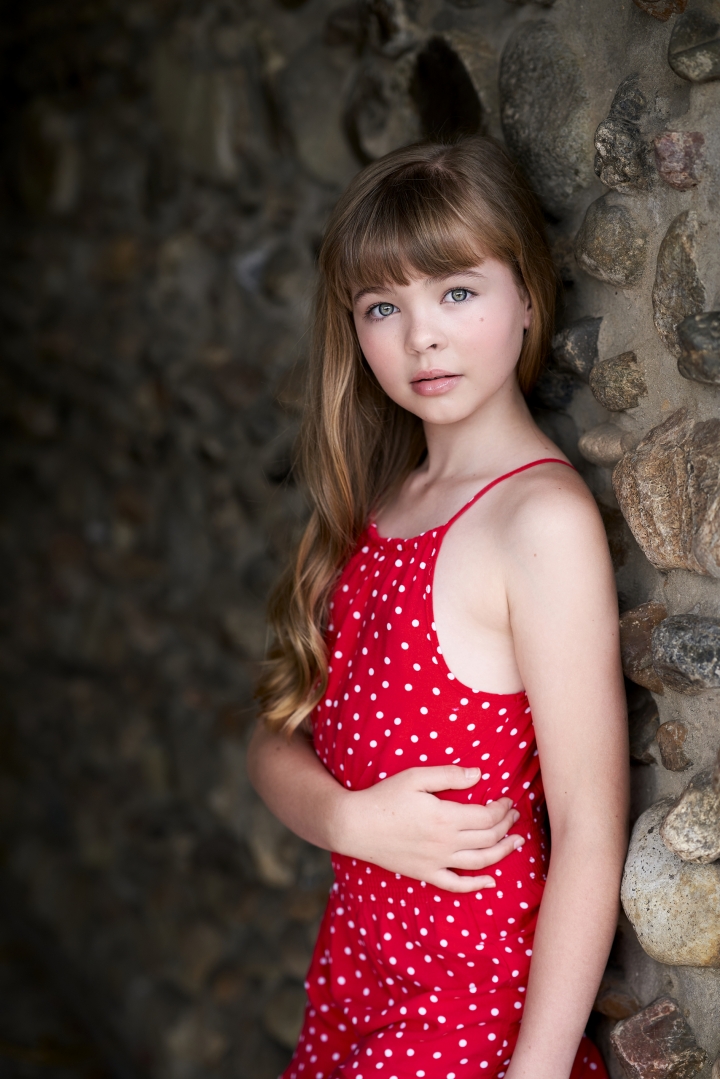 What do you enjoy most about acting?

I love the process of studying a new character, becoming someone else, and then stepping into a story. If there is SFX makeup I also get a bit excited about that.

What can you tell us about Bella the Strange?

Bella the Strange was an interesting role, firstly it came about when a local filmmaker was inspired to write the script after he saw a photo of me from a creepy photoshoot. He called Mum, sent a script and asked if we wanted to make a short film. The character was shot in different moods, Bella as both evil and as an ordinary kid, it’s about perception. The idea is that strange (like beauty) is in the eyes of the beholder.

How long were you on the set of Aquaman and what was it like to film?

I was only on set for two days, it was the biggest film set I have ever been on, filmed in a studio at Village Roadshow on the Gold Coast, there were so many crew. The most interesting part of the experience was I had a “twin”, with precision casting, matching wardrobe, clever hair and makeup, the production created two identical casts of kids, as  Arthur’s Classmates, each cast of kids worked up to eight hours of the day so that the production could film for up to sixteen hours.

How did it feel being awarded ‘Best Supporting Actress’ at the Griffith University Drama Production Awards for the short film, Paradise?

There was so many exciting things about receiving this award, it was my first acting award, it was from Griffith University Film School which is where I want to study when I finish high school and my Grandma had come to the Screening to see me in a film on the big cinema screen for the first time. My grandma is my biggest fan and it was so special to share the experience with her.

What did being a Lego presenter involve?

So much Lego on set, and so many Lego fans in one room. Everyone on set all the crew, the production people, clients, the hair and makeup team, were all Lego fans and between takes everyone talked Lego. I loved this role, I arrived on set early and started the day building an Amusement Park in Lego, and whilst the Director was talking though the filming schedule everyone was around a big table building Lego. It was definitely one of the most fun sets I have been on.

How were you involved with the TV show Pipsqueaks?

Pipsqueaks was my first children’s TV show, I was a child guest who was interviewed by four very, very big fluffy puppets, the show was about little kids teaching the puppets all about the world around them. I heard there were kids who arrived on set and were scared of the puppets so didn’t talk to them. Mum said I was a chatterbox and a clever little kid who loved talking about anything and everything. Initially I was booked for one episode, I stayed on set longer than planned the first day, got a few callbacks and I think I did about eight episodes. I was an “expert” seven-year-old on topics like clouds, vacuum cleaners, xylophones, tall buildings, toy shops and street sweepers.

What has been your most challenging role to film so far?

In 2017 I was cast as a Neanderthal Girl in a Japanese Documentary on the Evolution of Man, the role was at the same time my most interesting and challenging role. I was performing onset in front of a very large Australian and Japanese Film Crew, my SFX makeup included prosthetic teeth and cotton balls in my gums, my role was mostly physical acting and the only words I said were in an indigenous language. 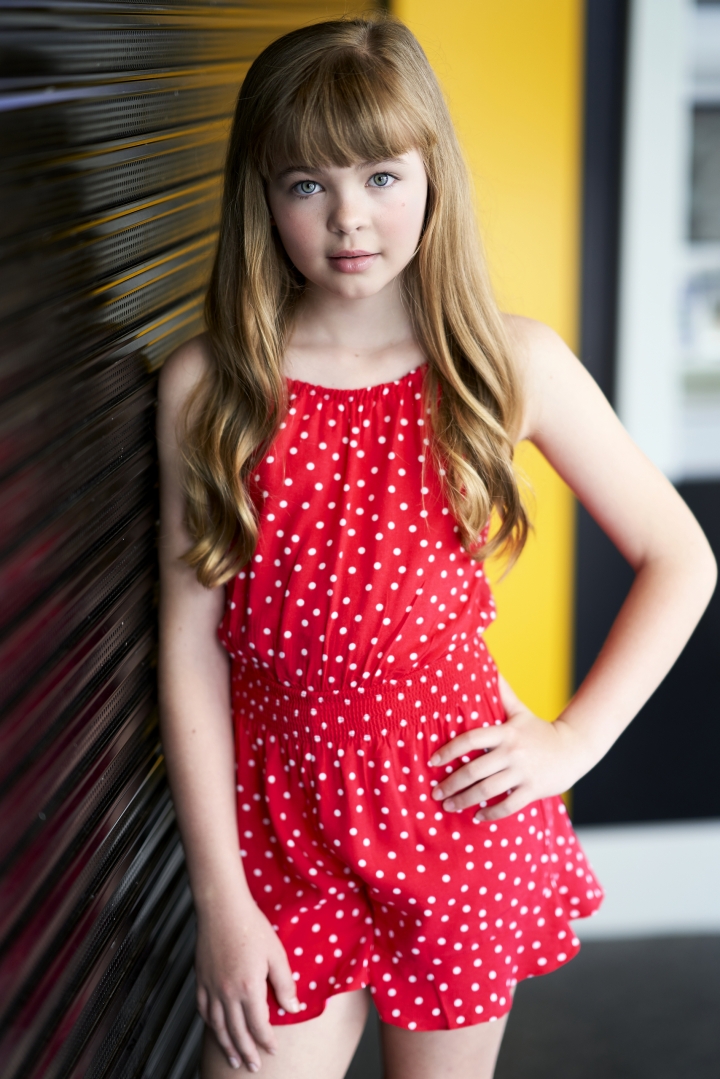 Do you know which of your productions can be seen in the UK?

It’s hard to keep track of projects once you have completed filming, most short films are submitted to international film festivals, the children’s TV shows may have some distribution in the UK.

Are you currently filming any projects and do you have any you will be filming in the near future?

I have just wrapped filming on two locally produced feature films “Magdala Rose” a medieval docudrama and “Jiva” a sci-fi thriller, at the moment I am hoping to have a break over summer, although I have four scripts to learn with productions planned for early 2019.

What modelling work have you done recently?

My last modelling assignment was for a fancy new resort on the Gold Coast, I had to smile a lot whilst enjoying the resort rooms, restaurants and facilities, my fake family and I were very spoilt on the shoot!

Your recent release of Byte Size Bliss was written especially for you; can you say more about this online series?

This is a ten-episode micro-series written, produced and directed by acting coach Tina Thomsen. The character Bliss Anderson was developed especially for me and was inspired by my inner geek girl, my love of computer programming and robotics, some of my favourite shows iCarly and Bizaardvark and the popular teenage dream of being a YouTube star. It’s the “real life” behind the scenes life of a YouTuber, the excitement and the compromises.