Craig Anthony-Kelly has appeared in stage shows including Blood Brothers West End and UK tour along with MAMMA MIA! as Assistant Dance Captain and Swing. His screen roles this year have seen him as ensemble in Mamma Mia! Here We Go Again and filming for upcoming drama Cleaning Up starring Sheridan Smith. Taking time to answer our questions, Craig talks about his time in the cast of Blood Brothers, appearing in Cleaning Up and being Assistant Dance Captain.

How did you get into dance and acting?

I started dancing at secondary school because there was a weekly breakdance class I wanted to try out – I loved it – it then became a weekly hobby. After leaving school I went on to study Business at university. However, towards the end of my course I decided it wasn’t the career path I wanted to take. I kept dance as a hobby alongside studying for a few years and it was a real passion of mine. I spoke with my dance teacher and he had suggested some performing arts schools I should audition for so I prepared for auditions. I got into a school and left university and never looked back.

What was it like filming for Mamma Mia! Here We Go Again?

What a great experience! It was so much fun to be a part of something huge and exciting. One memory I will not forget is when I had to cue Cher in with a ‘5 6 7 8’ for the Super Trouper sequence at the end of the film.

The whole experience was so positive and fun. Filming can be quite tiring and they are very long days. However working with some of my close friends and as well as new ones made it all that bit better and special. 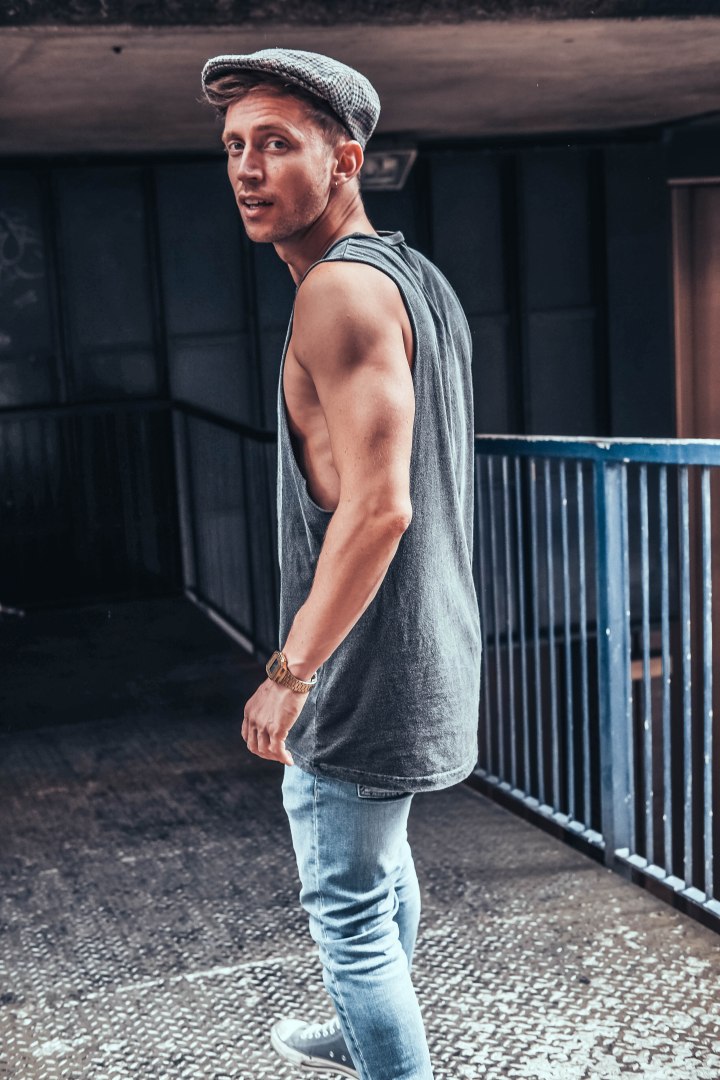 What do you remember about your time in Blood Brothers?

I have very fond memories working on BB. Ever since I first saw the show as a twelve-year-old boy I wanted to be a part of it. So to get the chance to do it on the West End blew my mind. I learnt a lot as an actor on this job. I understudied the role of Mickey as well as other smaller roles. But to learn such a big part as Mickey was intense to begin with. But like any show you have to put a lot of work in at the beginning to reap the rewards later. I was part of the last cast to close at the Phoenix Theatre – that was pretty special. I remember we did ‘Tell Me It’s Not True’ accapella on our last performance before our final bow. The energy in the room was electric and emotional. The show has been very special to a lot of people.

How different did you find appearing in the West End version to the UK tour?

The show remains pretty much the same to be honest, the only difference compared to the West End is that we toured quite a lot which meant we had a lot more soundchecks. It was always great to play to northern audiences on tour. 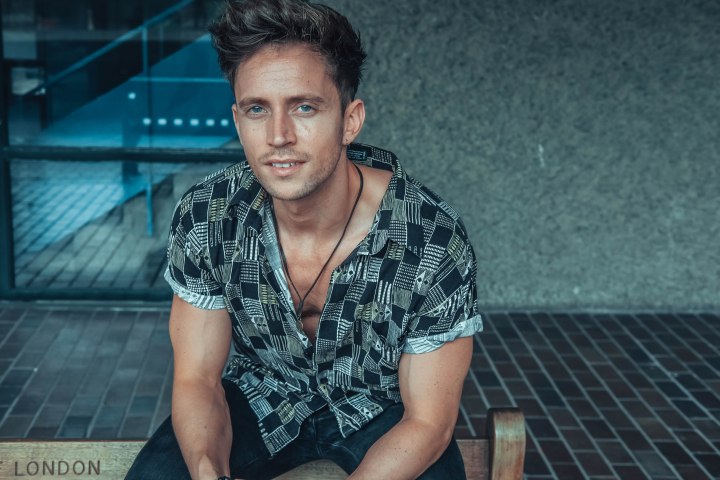 What was it like being Assistant Dance Captain for MAMMA MIA! in the West End?

I had the privilege to travel the world working as a Swing on MAMMA MIA! so coming into town to be Assistant DC was a shock to the system initially. I only ever knew what all the male ensemble had to do but I had to learn all the girl parts as well as the principal parts. It’s important as DC that you know the show inside out. So it was a lot of work but ultimately it’s all worthwhile as it’s such a fun show to do.

Would you like to appear in another West End musical?

At this moment in time I’m trying to focus on more screen-based projects so I’ve put a pause on Musical Theatre work for now to really try and get some other acting credits under my belt. However, I always fancied doing Matilda and Wicked. 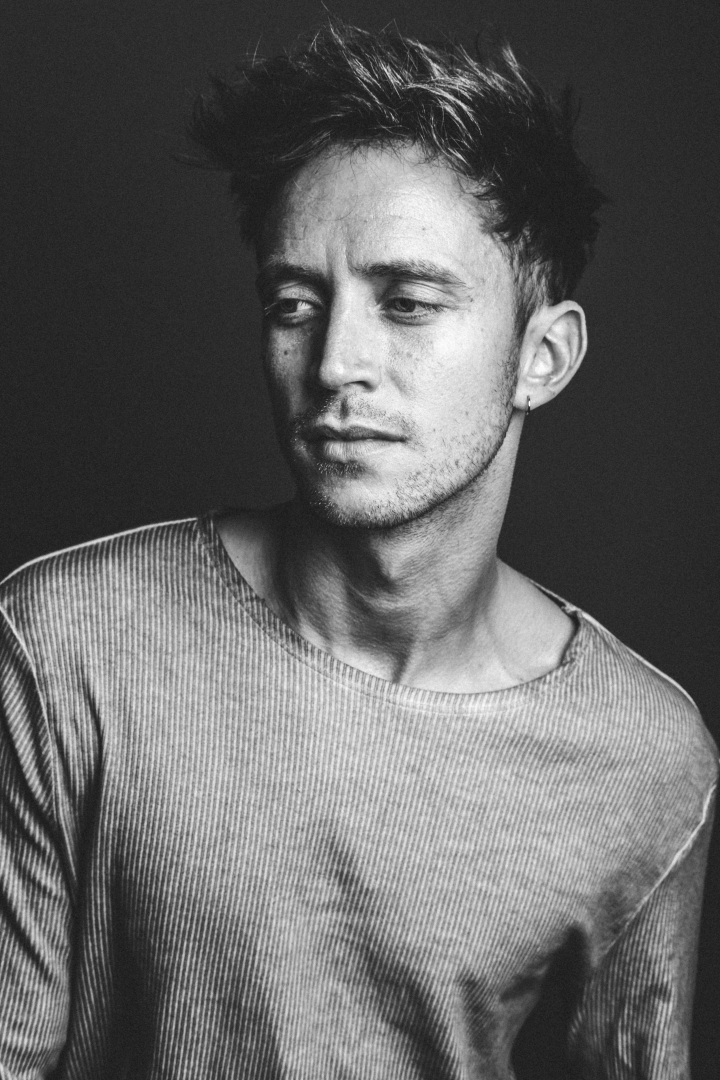 How long did it take to shoot the H Samuel commercial?

This was one of the easiest jobs. It only took around three hours and I was playing opposite a good friend of mine so we had a really good laugh.

What was the experience like on TV series Cleaning Up?

Working on Cleaning Up was brilliant. It was my first TV gig as a small role so I was nervous but also super excited to be a part on an ITV drama. I was looked after so well and it was great to work with the team, including Director Lewis Arnold who directed Broadchurch. One of my favourite drama series. I look forward to seeing it. Are you planning on watching the series?

What do you find most rewarding about appearing on a stage show?

I think any performer would say that receiving applause from an audience is very gratifying. And I would agree it is very satisfying but the greatest feeling is when you have spent so long rehearsing a show and you get that big cheer when you open a show for the first time. It really feels like all that hard work was really worth it.

What’s the last theatre show you went to see?

I went to see A Monster Calls at The Old Vic. I totally love the book and the film is incredible so I was really interested to see how the story was told on stage. It blew my mind. It was one of those shows I couldn’t stop thinking, “I need to be in this”. How do you prepare for an audition?

It all depends on what type of audition I have. I’ve found myself preparing more for acting roles recently. Nine times out of ten you are sent the script beforehand which allows you to prepare your lines but more importantly gives you time to prepare your character. In some cases, you are asked for a monologue so it is making sure I have some I could potentially use.

I go by the saying “Luck is when opportunity meets preparation”. So it’s always best to be prepared for any opportunity that comes up.

I also like to take a clear quartz with me to an audition. It’s a random little quirk but I believe it helps me stay grounded.

Are you currently in preparation for any roles?

As I say, I’m trying to get more involved in screen-based projects so I am trying to gain more experience by doing short films. There is nothing on the horizon just yet.