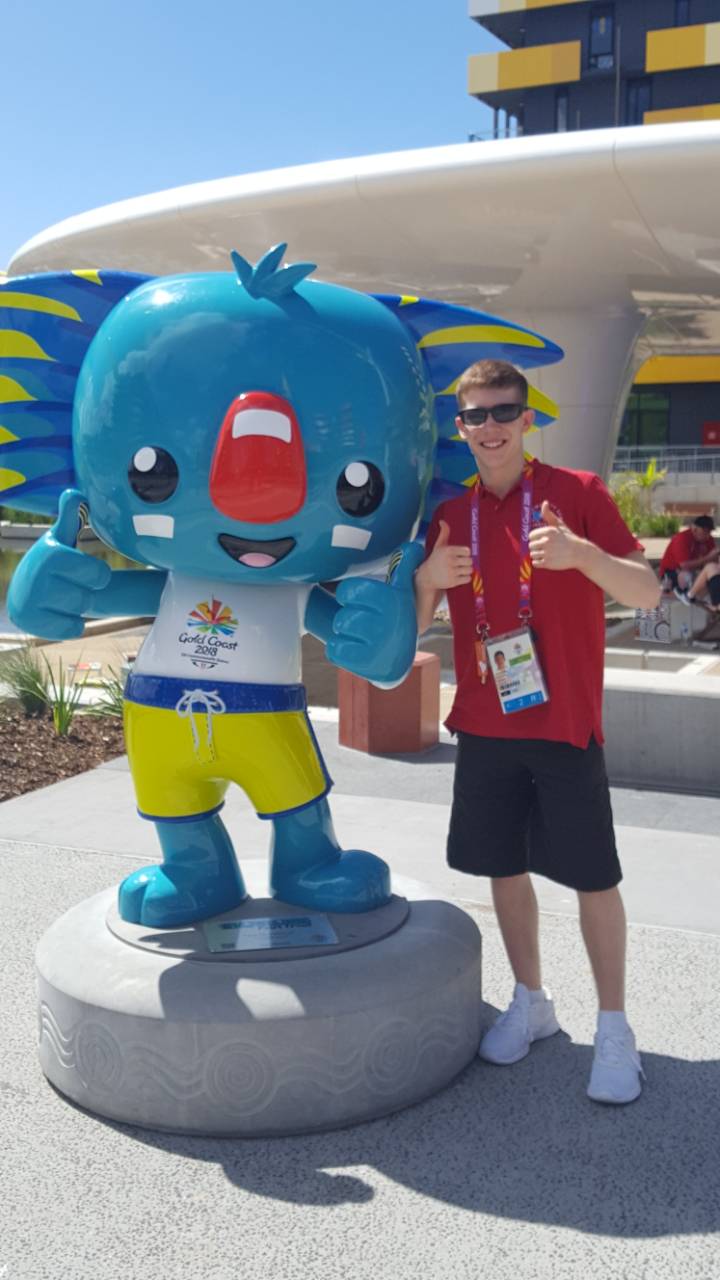 Competing at Gold Coast 2018 in the gymnastics all-around final, Daniel Lee was the first male gymnast to compete for Jersey at the Commonwealth Games. Daniel had a very successful 2017 competing at the Island Games in Gotland, where he came away with multiple medals. Speaking to us recently, Daniel tells us about getting into gymnastics, his first competition for Jersey and competing at this year’s Games.

What encouraged you to get into gymnastics?

When I was a toddler I used to hang on the curtain poles and spent a lot of time upside down! Also, my mum was in the Great Britain squad so I guess I inherited the love for the sport from her.

What can you remember about winning your first medal?

I was five years old when I got my first medal, it was my club’s annual competition. I was in the recreational squad and up against squad boys but I came away as under- 8 champion. My first big medal was at my British Championships debut where I placed third on the rings aged eleven.

How has gymnastics affected your lifestyle?

It was never easy trying to fit school in around training with the long hours training and travelling, however I always managed it pretty well and continued to enjoy the hectic lifestyle. I have found it easier this year as I was on a gap year. I start studying again in October at Loughborough University, but I’m ready for the challenge and will continue to work hard and fit as much training around studying as I can.

What would you say is the most rewarding aspect of being a gymnast?

I love challenging and pushing myself to the limit. To fulfil a dream, like competing at the Commonwealth Games, is amazing. There are no words to describe the feeling of competing for your country.

At what age did you start competing for Jersey?

My first international for Jersey was at the Island Games in Gotland, I was eighteen and it was my first year as a senior. There I came away with six gold medals and one bronze for my island and it was a very proud moment.

How did it feel being the first male gymnast to compete for Jersey at the Commonwealth Games?

It was a great honour. My training had been focused solely on that goal for over a year, so to make the team travelling to Australia was awesome! I was Jersey’s first ever male gymnast to compete at a Commonwealth Games, so to then go and make the all around final was just incredible, I couldn’t have been any prouder.

What was your experience like at the Gold Coast?

It was unlike anything I have ever experienced. Everyone there was so friendly and welcoming and just experiencing village life was incredible and then the competition was surreal. I just took in the whole experience and really enjoyed every moment. It’s made me want to work even harder so I can experience that atmosphere again at other major competitions. 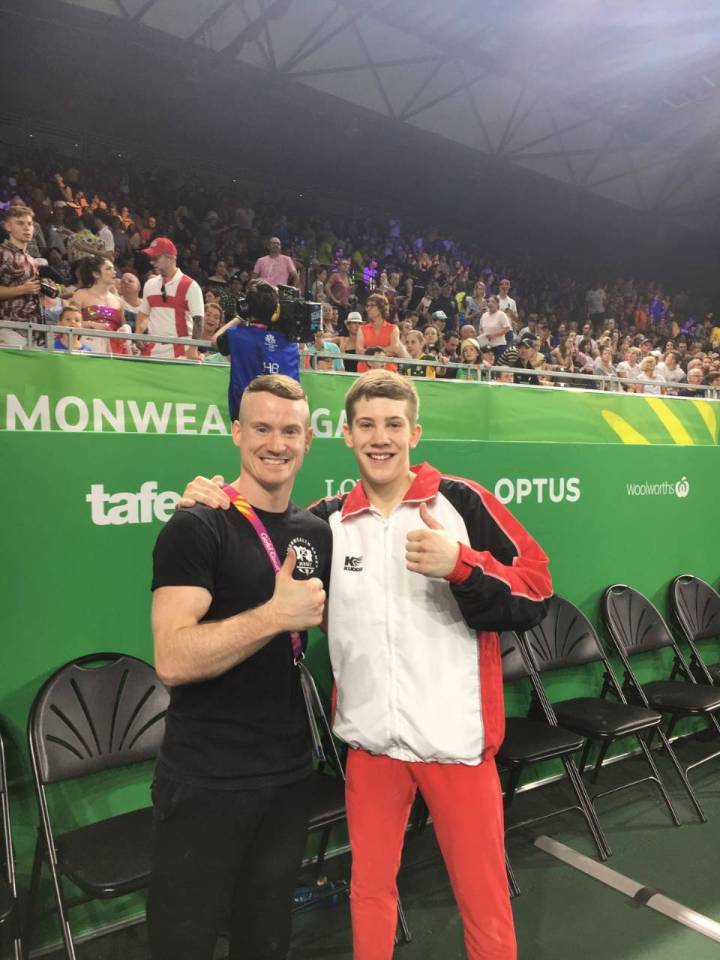 Who did you share an apartment with whilst there?

My coach, Kieran Behan. He has competed at many big competitions so knew exactly what to expect and so he really helped to talk me through everything and to get the best out of me whilst we were in Australia.

How much time did you spend in Australia?

I was there for ten days before the competition and then about ten days after too, so it was nice to be able to relax and enjoy exploring the gold coast after we were done competing.

How do you prepare for competitions?

Lots of routines! The only way to be consistent with your routines is to practice them. I also do a lot of half routines to focus on execution and having the least amount of deductions possible. This paid off at the Commonwealth Games as I had the fourth highest E score in the whole competition! 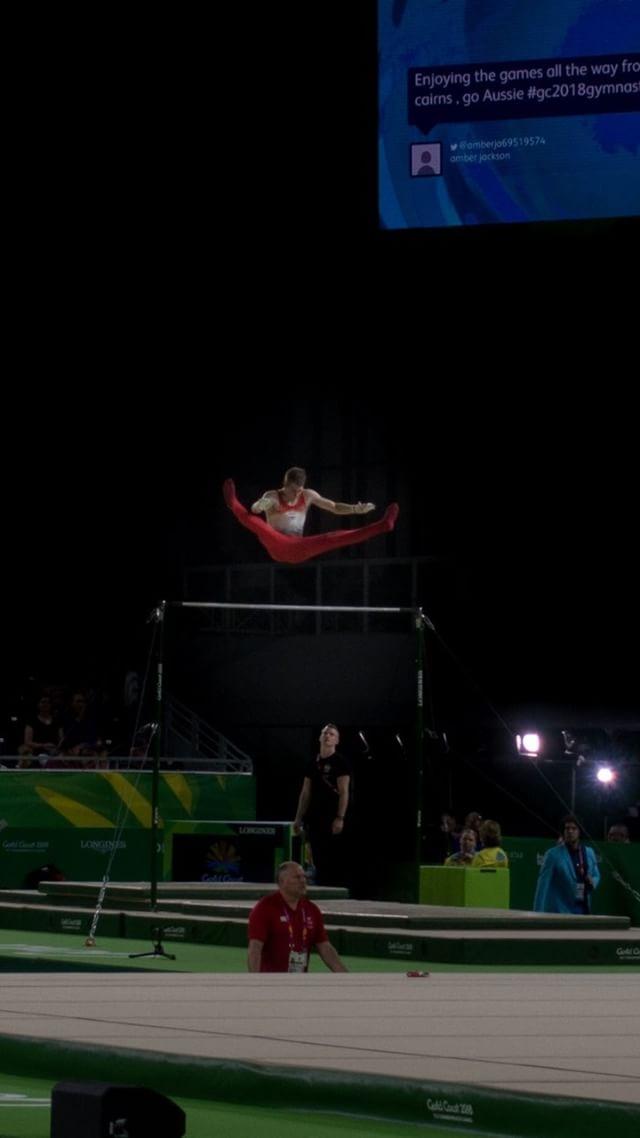 How often do you get to visit Jersey?

Four or five times a year.

Have you competed at any competitions there?

No, unfortunately not. The facilities in Jersey are not world class like the gym I train in so with the skills I’m doing, it would not be safe to do so. However, I hope one day the facilities will be available as I would love to compete in Jersey.

How do you keep motivated during an event?

I find it quite easy to stay motivated. I love what I do and that really helps. I just try to have fun and enjoy every moment.