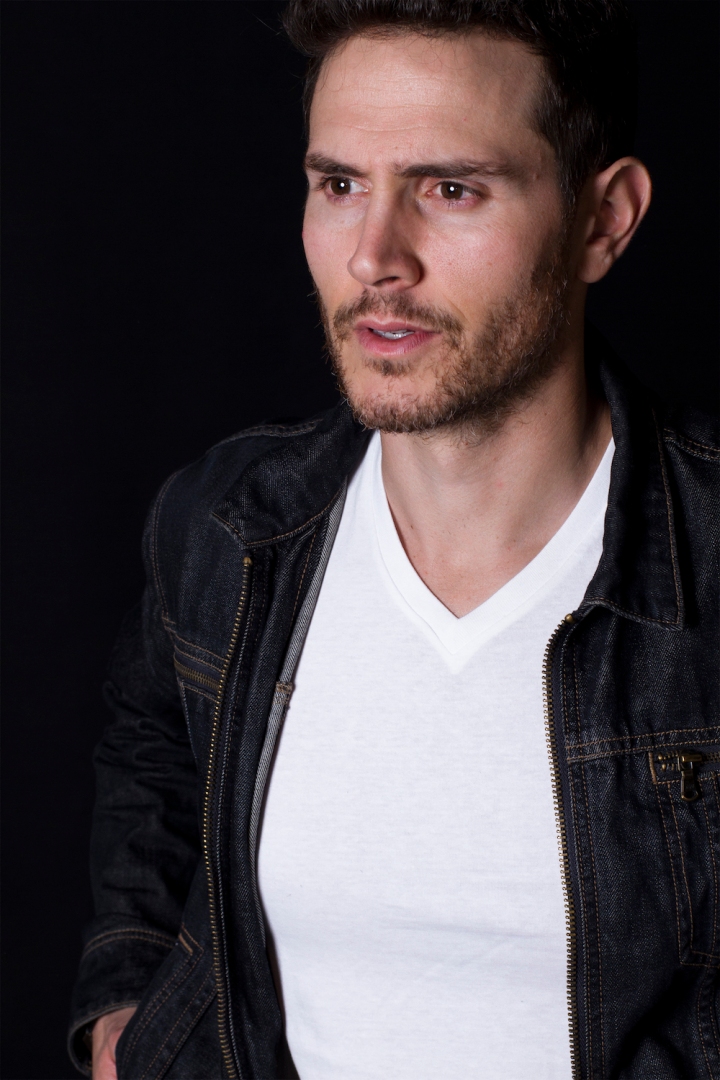 Since starting his career as an actor, Wolfgang Weber has had many roles including the children’s comedy web series Big Baby. Alongside acting, Wolfgang is also working as an aerial cinematographer on productions such as Devious Nanny and Cynthia, which also sees him playing the parts of Officer Blake and Jordan respectively. Catching up with Wolfgang recently, he tells us about life before acting, film festivals and working on Big Baby.

What did you do before you got into acting?

Haha, Geez. I had multiple types of jobs and interest before I embarked on this journey. From working in a bakery at a Walmart, valeting cars, selling gym memberships, loading airplanes, pumping gas and serving tables. But the one that seems to stand out the most was when I was working as a corrections officer down in Florida. I did it for about nine months or so, and when I was unable to request time off for auditions because I used up all my hours, I decided to just quit. It was during that time I ended up packing my car and moving out west to really give this acting career a real shot.

What do you think you’d be doing now if you weren’t an actor?

Haha. I honestly don’t know. If I were to take a wild guess, I’d probably be producing and maybe directing. But I feel like I’d still be in the entertainment business to some degree.

Was H2o your first time on set of a TV series?

Yes! I showed up on set as an extra actually and the director Charles Biname needed two RCMP officers to arrest actor Kenneth Welsh in a scene. I quickly raised my hand and I was immediately selected and bumped to a co-star role. I was pretty excited! That was really the turning point for me, it was that moment I decided that acting was what I wanted to do.

What’s been the longest time you’ve spent away from home whilst filming?

Hmm. I think it was for the film “Interpreters”, I was living in Northern California for about three weeks. In the city of Redding, to be more accurate. It was actually really fun! The production put us up in an Airbnb and I shared a condo with actor Christopher Kriesa. It was good times. Can you tell us about the series “Big Baby”?

“Big Baby” is a kids show that kind of just happened accidentally. It was a show that was produced years and years ago that sort of just ended up not continuing. Fast forward to 2017, my friend “Big Baby” himself, Andy Pagana, approached me, and mentions that the show was uploaded to YouTube and went viral. He also mentions that there was an unaired episode. So, he had uploaded the last episode of the series and it ended up going viral as well. So, that’s when we decided to team up and continue making one of the wackiest shows on YouTube. The show alone has been viewed over eleven million times.

Well, it’s really difficult to be quite honest. It’s literally just Andy Pagana and myself producing these episodes. We do have help from time to time when the episodes get difficult, but for the most part it’s just the two of us. It’s one of those projects where you have to wear multiple hats. Each episode has a script and we try to craft each script around locations that we can shoot at for free to cut down on cost. Which means we shoot at our apartments for the most part. Haha. The series has been doing so well that we’ve been able to work with some pretty amazing people such as “The Three Stooges” Curly Howard’s grandson, Brad Server (aka Curly G). We’re committed to shooting a total of twenty episodes by the end of 2018. We’re nearly there!

What was it like on set of “Devious Nanny”, and how long were you filming?

“Devious Nanny” was a great shoot with great people. I was especially excited to be sharing the screen with the talented Michelle Borth (Hawaii 5-0) on that movie. Unfortunately I wasn’t on set for too long. We were able to shoot out my scene within the day. I mean being on set whether it’s for one day or three weeks is always a great time for me and I’m pretty certain it’s the same for any actor. Haha. A working actor is a happy actor.

What drew you to the script?

What drew me to the script was that my friends, Kenny Gage and Devon Downs, were directing the movie. I’ve worked with these guys in the past and when the opportunity presented itself, I just couldn’t say no. I always enjoy working with the same directors, it just makes the creating process that much more fun. 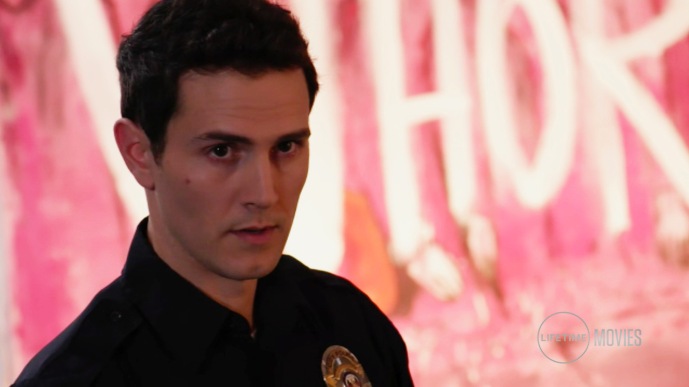 Is there anything you can tell us about “Interpreters”?

From what I know, we’re waiting on distribution dates. But I’m really looking forward to seeing it soon. It was independently made and I know that there was a lot of hard work that was put into making the movie. Stay tuned!

How was the movie “Cynthia” received at the film festivals?

“Cynthia” was received really well at the festivals. It actually won Best Horror Film at the IFS Film Festival here in Los Angeles and horror legend Sid Haig took home the Best Actor Award. It was also a favourite at Monsterpalooza this year as well. We’re waiting on distribution dates, but from what I hear it’ll be out soon!

How is it seeing your completed movies for the first time?

Haha. It’s interesting to be honest. I mean to see the final product after it’s been through all the stages of movie making is absolutely amazing. From casting, to pre-production to actually shooting, then post-production, the list goes on. It’s actually quite emotional, it’s brought tears to my eyes and others on many occasions. I could only imagine being a part of a passion project and seeing it through to the end. It’s just such a huge rollercoaster of emotions.

Have you ever done stage work?

I did a little in the beginning of my career, but not too much. I did a few plays in and around Los Angeles and various small theatre venues. I would like to do more maybe later down the road, when time isn’t working against me as much. 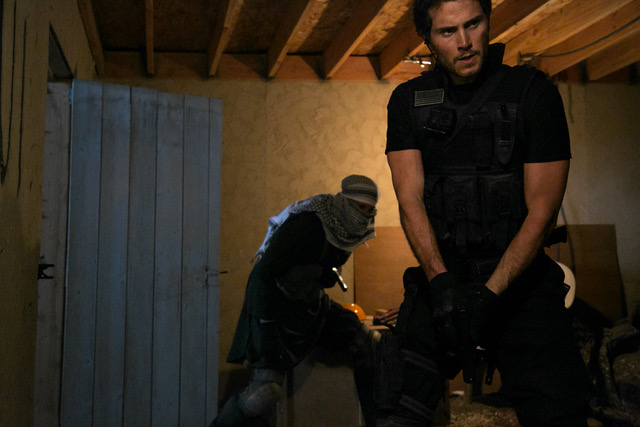 How did you get into aerial cinematography?

It just kind of happened. I had taken some time off from acting and was tapping into some old hobbies from when I was younger. I’ve always been into RC Cars, boats and planes as a kid, and when drones started coming to market, I ended up buying one for fun. I’d usually take some footage that I’ve recorded and upload to Facebook or wherever, and people just started asking if I’d be able to capture some aerials for their projects, from music videos, short films to even full on feature films. I was completely unaware that I was entering into a whole new world of filmmaking. So, I decided to research what was needed in order to pursue this avenue and became an FAA licensed UAV pilot. I slowly started the business but it grew rather quickly. I’ve provided aerials for Lifetime Movie Network, Intel and Ferrari and also for artists like Pusha T and more. I love the fact that whether I’m acting or flying drones, I’m still always onset creating. It’s been quite the journey and I guess only time will tell where it goes.

Are you currently working on projects you’re able to tell us about?

Aside from waiting on distribution dates and finishing our “Big Baby” series, I do have a few projects that are in development. Now, I can’t talk too much about them but I assure you they’re going to be some of my best. We’re still in pre-production figuring out the cast, filming locations and more. But, I PROMISE you’ll be one of the first to know.