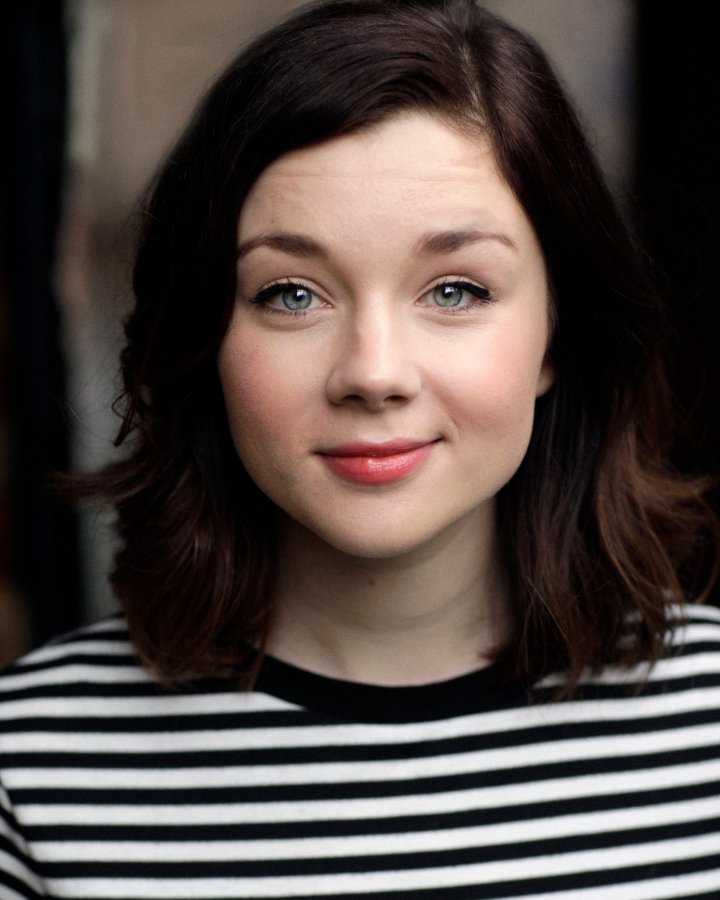 Having made many TV appearances including Line of Duty and Porters, Claudia Jessie will be taking on a new role playing Amelia Sedley in the 2018 TV adaptation of Vanity Fair. Recently portraying Doris Cleavley in the award-winning feature film Their Finest which starred Sam Claflin and Gemma Arterton, Claudia could be seen in cinemas all over the world. Taking time to answer our questions recently, she tells us what inspired her into acting, Vanity Fair and what she’s filming this year.

Was there anything in particular that inspired you to become an actress?

Ever since I was really young, I have loved making people laugh. I was obsessed with shows like Whose Line Is It Anyway, Blackadder, Monty Python, The Kenny Everett Show and things like that. I think I just wanted to be silly and clown around. I always felt super odd and being funny was such an outlet for me. So I think my love for comedy inspired me to become an actor and then I sort of organically (with huge thanks to my wonderful agent) fell into the drama scene too.

What was it like getting offered your first casting?

My first ‘proper’ casting was before I had any representation. It was an open audition for a really amazing TV series, that my glorious mum found for me, online. I actually didn’t do too badly but I was SO out of my depth. I remember it feeling so huge and so terrifying and I felt like everything depended on that one moment. It was such a great way for me to learn. I didn’t get it but it totally supported me to finding my agent. I guess the lesson there is, everything has a function, even if it seems painful or doesn’t make sense at the time.

Is there anything you can tell us about Vanity Fair and your character Amelia Sedley?

Well, if you have read the book by William Thackeray you will already know most of the major twists and turns but if you haven’t I wouldn’t want to spoil anything. It’s going to be wonderful though.  Amelia was such a joy to play. I really fell in love with her. She is a sensitive soul and goes through a lot in her life so getting to play all of that was so much fun for me. I don’t really feel like I’ve had the chance to be someone like Amelia before.

What was it like on-set of the period drama?

Working on a period drama is like travelling back in time. The costumes, the hair, the incredible locations and sets we have. A huge amount of work goes into creating these stories. I guess the most special part of it is seeing that. Seeing everyone’s efforts in full fruition.

How long did it take to film the series?

In total I think it was just under six months. I was so sad saying goodbye to everyone at the end. You really do become a family. I know it sounds cheesy but for me it’s definitely true.

Olivia is just a great human. She had a huge amount of work to do and a really, incredibly nuanced character to play. She did it so beautifully. I really love Olivia very much and I feel so happy that the universe let us cross paths.

You’ve acted with Johnny Flynn in both Vanity Fair and Lovesick, which one filmed first and did it make turning up on set of the other easier?

I have had the great good fortune of working with Johnny twice. Both couples we played were quite complicated. I remember saying to Johnny once on set, ‘Do you think we will play a really happy couple one day?’ Ha!  It was lovely to have someone I had recently worked with on set. Lovesick came first and he was wonderful then too. But it was great to spend a longer period of time with him.

Have you been given the chance to watch the final cut?

No I haven’t, and I’m glad really. I’d rather watch it for the first time with everyone else.

How did you find filming Dixi, did it differ to work you’d previously done?

Oh completely. The main difference is that you spend the whole time looking straight down the camera! Which is obviously something you avoid at all costs on other jobs! Ha! Also, I was playing a teenager and I am definitely no longer a teenager. But I think Shari was different. Shari kind of felt like me. Dixi is one of my favourite jobs I’ve done and it always will be. It really felt like a huge opportunity for me to grow as a performer too. Dan Berlinka would always let me try things out. I really appreciate that.

How long were you on the set of Their Finest?

Not too long actually. I think the shoot in total was around four months and I was kind of in and out over that period. I got to spend a lot of time in Wales on that shoot, which was beautiful.

What was it like portraying a police officer in Line of Duty, did it help having already appeared in WPC 56?

Annie and Jody were such different characters (although they did share the same last name. Oddly.) so I’m not sure if one helped the other. I feel like I’m starting afresh with each job I go into. I am deeply grateful to have had both opportunities though.

Which role has been the hardest to prepare for?

I feel like getting into character will never be as hard as getting out of one. For me at least. Shaking a character off is more difficult for me. I remember having to play a young pregnant girl who had been suffering a lot. I felt really down for a little while after. I think having something to get you out of those moments is useful.

Have you had any funny moments behind the scenes on any of the productions you’ve filmed?

Oh gosh so, so many. I have the great good fortune of doing a lot of comedy so it’s hard not to have funny moments. Although you would be surprised at how many belly laugh moments there have been on super serious dramas. David Fynn (who plays my brother Jos, in Vanity Fair) is one of the funniest people I have ever met. He had me in tears a lot of the time on set. Once he cracked a joke literally seconds before ‘ACTION’. It took ALL of my might to get through the scene.

Do you have any projects coming up or that you’re currently filming?

I have some lovely things lined up, yes! One I am super excited about is filming the second series of Porters in the Summer. Basically, I’m going to laugh loads with my pals for six weeks. Whilst dressed as a nurse. Lucky girl.