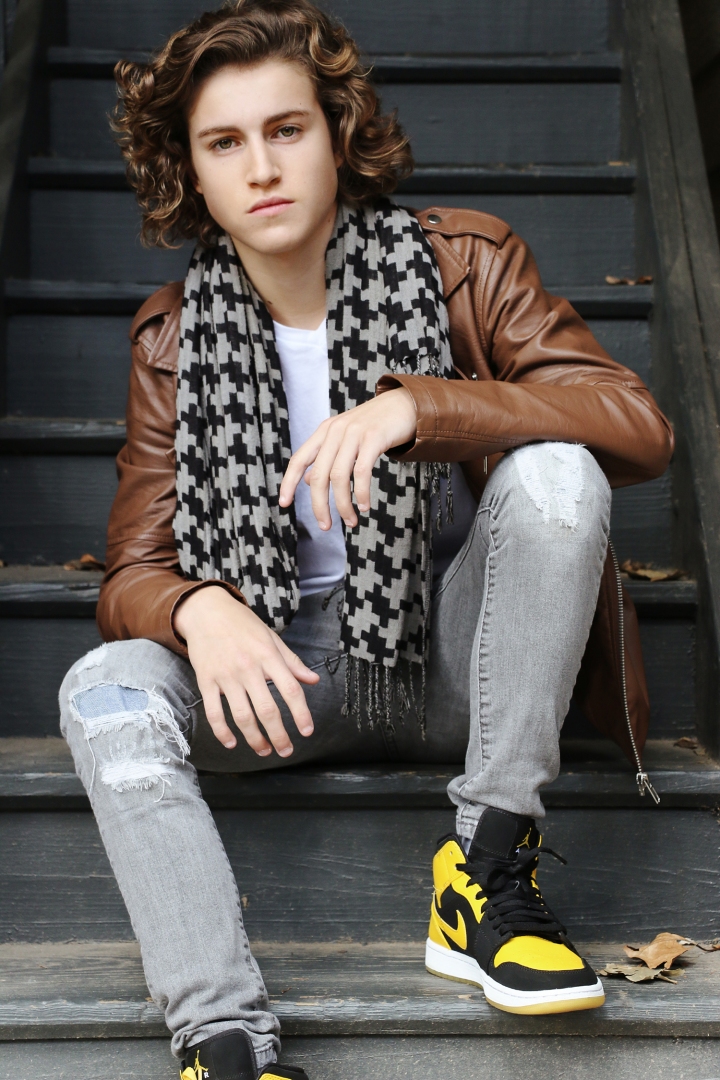 American teenage actor Brandon Spink has already landed many roles most recently as Noah Kirsch in American TV series Berlin Station. Also appearing in films such as Batman v Superman: Dawn of Justice as young Bruce Wayne and as Jennifer Aniston’s son Peter in Mother’s Day, Brandon’s acting experience is ever-expanding. We talked to him about his acting career so far, theatre and what it’s like filming alongside an all-star cast.

When did you know you wanted to get into acting?

After having the opportunity to perform on the stage for the production of Peter Pan, I knew then I had a passion for it!

What’s been the most fun role you’ve played?

I have enjoyed all my roles, but recently to play a recurring role as Noah Kirsch on the series Berlin Station was so great! To be a part of a series and work on such a cool project was pretty amazing! Of course playing the young Bruce Wayne was a dream come true, being that he was my favourite superhero.

What’s the best part about being an actor?

I love that I have the opportunity to play so many different characters, and to work with so many talented actors!

Since that is where I started, I would not mind having the opportunity again.

How different is filming TV to movies?

Movies, I have the script before filming so I know how the story ends. With TV you learn the story as you go, which can change each week.

How did you get the part of Jennifer Aniston’s son in Mother’s Day?

I taped my audition, my manager sent the tape to casting, and then I had a callback with the late Garry Marshall, which was truly amazing! I found out a week later that I booked the role.

What was it like acting alongside an all-star cast?

Awesome; working with them has taught me so many things to help improve my craft as an actor.

Did you watch any Batman movies before appearing as a young Bruce Wayne in Batman v Superman: Dawn of Justice?

Yes, I have seen them ALL!

What can you tell us about your character, Noah, in Berlin Station?

I play Noah Kirsch, son of Robert Kirsch, aka Leland Orser, my parents are divorced, and I have come to live with my father in Berlin, Germany. I am not sure exactly what my father does. I think he works for Office of Regional Affairs, but I soon find out something different!

What instruments can you play, and would you consider going into musical roles?

I can play guitar a little. I started taking lessons for my role in Mother’s Day.

Is there anything coming soon that people can see you in?

Now that I am back from Berlin; just auditioning again and looking forward to a busy 2018.

Can you see yourself continuing acting as your future full-time career?

Yes, I love acting, and look forward to all the opportunities that I may have in the future.