After reaching the final of Britain’s Got Talent in 2013 at the age of just fourteen, this year Gabz released her debut EP ‘Up’ containing original music. Ahead of University, Gabz is continuing to perform at many events along with releasing music. We spoke to her about what she’s got coming up, her time on Britain’s Got Talent and what it was like appearing on Now 85.

Did you enjoy your time on Britain’s Got Talent?

Yes, I had a really amazing experience on the show. I never expected it to go as well as it did & I was so happy and surprised to get all the way to the final! The staff, contestants & all the judges were really lovely as well.

If you hadn’t already appeared on the show, do you think you would apply for it now?

Maybe. Without the show I have no idea what I’d be doing right now as it really opened up a lot of doors and gave me a lot of opportunities. I’ve learnt so much from it. I probably would but I’m sure it would be a really different experience as I’m that bit older.

It was so cool! It was self-released so I decided on the songs and artwork and things like that! It was so much fun being part of the whole process and seeing how to do things myself.

It’s been really good and what’s really great is that when I perform I sometimes see people singing along to the songs from the EP and that’s the best feeling ever!

Do you have any events coming up?

Yes, all of my upcoming events can be seen on my events page on my website, definitely come along if you’re free 🙂 : www.gabzofficial.com/events

What instruments can you play?

I play the piano, violin & occasionally drums, guitar and ukulele 🙂

How did you feel seeing your song Lighters on the Now 85 album?

It was the coolest thing ever!! I’ve always listened to the Now albums and it was really awesome to be featured alongside some of my favourite artists!

Have you enjoyed your recent radio visits?

Yes, it’s always fun to talk about my music and get feedback on my songs, especially when it’s an exclusive and nobody has heard a song that I may have recorded quite a while ago.

Do you prefer singing or rapping?

That’s such a hard question as I love both, but if I had to pick I think I’d say singing as I do that more than rapping.

How do you come up with your songwriting ideas?

Every time I write it’s a different experience but most times it’ll either be something that’s happened to me that I want to write about or I’ll get the idea from something I’ve heard about or seen on TV.

That’s a good question! It definitely depends on the audience as I love performing slower songs like ‘Counting Scars’ but also it’s really fun if an audience is up for it and we all start jumping during ‘Best Night’! ‘Lighters’ is also one of my favourites live because a lot of people sing along and get the flashlights on their phones & it looks so pretty from the stage 🙂 ! 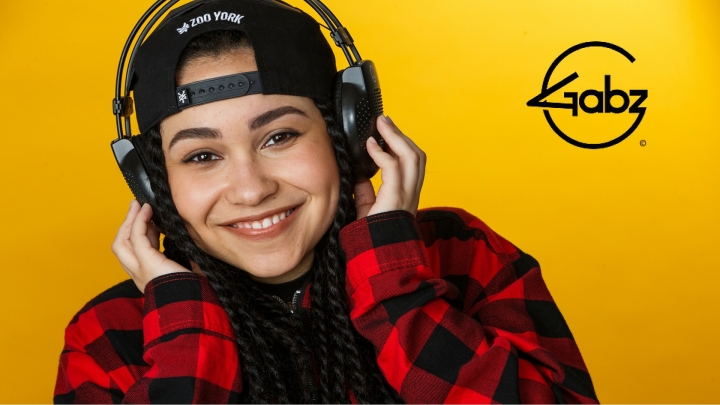 We noticed you’ve been recording a music video, what can you tell us about it and when will it be released?

Yeah! I recorded a music video for my new song ‘Losing No Sleep’ and I’ve entered it into the Salute songwriting competition. You can actually watch it now & hopefully if I make it into the Top 100 tracks picked by a panel you’ll be able to vote for me to get to the top 6! The voting stage actually starts later this month but you can watch it here now: https://listen.salutemusic.uk/profile?action=profile&artistId=1456849

The actual recording process didn’t take that long as I had quite a good idea of what I wanted the track to sound like so I made a demo version on GarageBand so it was easier for my producer to get a clear idea of how to produce it. The video shoot was a one day shoot which was really quick because Chris Brooker who filmed & edited is such a talented guy & I worked with some really lovely people.

How did you feel about Camila leaving Fifth Harmony?

Haha everyone who knows me, knows my obsession with Fifth Harmony & at first I was very upset & worried about the future of the band. It’s actually turned out really well though as both Fifth Harmony and Camila are releasing some amazing music so it’s like getting double the amount of bangers!!

What do you enjoy doing in your spare time?

I love to hang out with my friends, watch a lot of YouTube and also recently I’ve been playing pool which I’m starting to get pretty good at!

Yes! I’ve been very busy with my A levels but in the last couple of weeks I’ve recorded quite a few videos as I’d love to start posting more frequently, especially more original music, so very soon there’ll be some new videos: www.youtube.com/gabzofficial

What are your future plans?

I’m just about to start University next week where I’ll be studying vocals and songwriting so I’ll hopefully get a lot more opportunities to write & perform more and just start to put some more music out there! I’d love to release some more music really soon to show everyone what I’ve been working on!