You’ve recently finished your run as Alternate Dewey Finn in School of Rock, how was your final performance in the role?

Emotional and surreal. I had been a part of the show for about two and half years so it had/has a huge place in my heart and I obviously wanted it to be the best show of all time. It was also the last show for one of the teams of kids so the atmosphere was electric – you could feel the buzz stood in the wings at beginners. I had family in as well as some big casting directors, so there were some excited nerves flying around. Overall it went well. It was tough to not get overwhelmed by the atmosphere and the energy in the theatre so it felt almost like an out of body experience. A day I’ll never forget.

What did you enjoy most about playing Dewey and how did you prepare for playing the character?

Dewey is an absolute dream of a character to have fun with every show. I think I particularly enjoyed being him as he isn’t too far away from myself. I saw the incredible David Fynn play him originally and recognised myself in the whole thing far more than I wanted to admit. So, when I got my chance, I felt like I got to turn the volume up on some of my own personality traits and behave in a way that I’d probably deep down always wanted to. I love his heart and his passion. How he has a goal that no one is going to stand in the way of. And how he doesn’t care what other people think.

What was it like booking the show originally as Stanley/Mr Williams and what was the musical like to be part of?

School of Rock was my first West End show so I was unbelievably excited getting the phone call. It was made much sweeter that my brother, Cam, was already in the show as Theo, so I got to call him and tell him to save me a space in the dressing room.

Being a part of the show was incredible. The first show nerves. The cover rehearsals. The first show going on as Dewey. In lots of ways, that contract, as Stanley/Mr Williams, was the most enjoyable as there was far less pressure and far more social time. We had an amazing dressing room that got on like a house on fire so we laughed constantly during the show (obviously never on stage…).

Can you say about working alongside the rest of the cast, which included the different teams of children?

The children were frightening. They were so full of energy and talent. Every time a new set of kids would join, we would say “they can’t be as good as the last” and they always found a way of being unbelievable. Whenever you felt like you’re having an off day, they always found a way to lift you. They were the most professional actors in the building and had often been to school during the day. Crazy.

I was lucky that I got to be a part of three adult casts (and probably six kids casts) so got to work with loads of incredible and talented people. Some of the cast didn’t get to do a lot during the show so I loved it when a cover got to go on, or when you saw someone do something in a concert, or even when someone jokingly did something backstage and you see how scarily talented people are. I think it pushes you to be better and better when you get to sit on stage and watch someone like Laura Tebbutt sing Where Did The Rock Go (don’t tell her I said that). 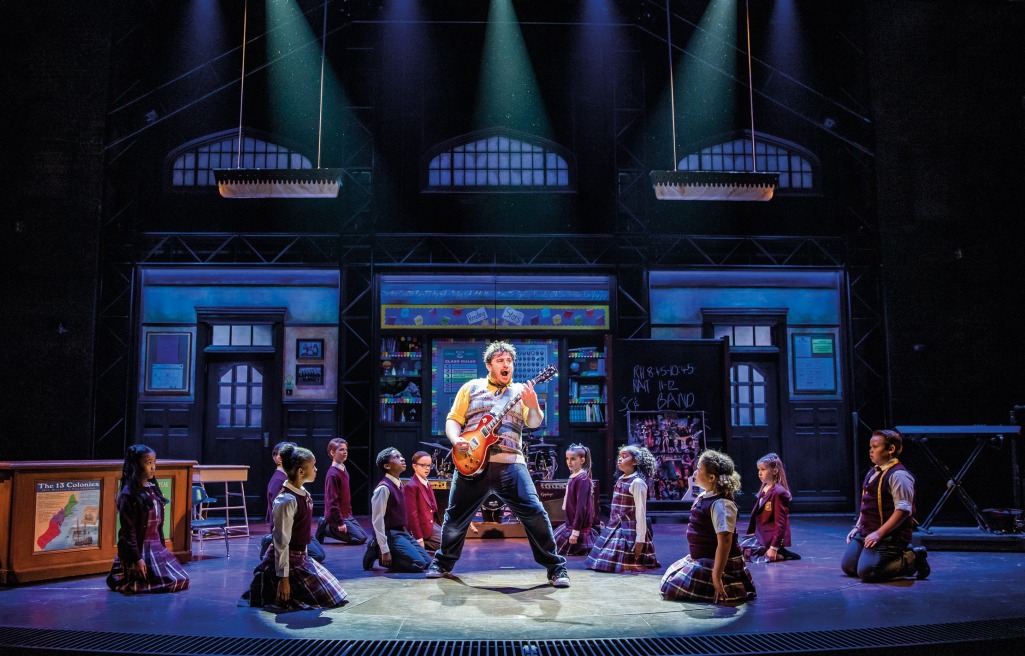 Do you have any funny moments from your time in the show?

Tonnes. Most I probably shouldn’t repeat. A favourite was when Andrew Spillett had his moustache put on upside down and we realised just before entering the stage. I thought I was going to get fired from how badly it made me laugh.

How was the atmosphere on the production’s closing night?

The last show was crazy. I got to watch most of it with a glass of ‘water’ so I had an excellent time. David Fynn had returned to close it so seeing him work his magic was a joy. Watching people you’d spent years with say lines and sing songs for the last time was really strange. Loads of alumni cast members and kids came back so the atmosphere was excellent. After the finale, his Lordship and Lawrence Connor said some lovely words and then we did a special encore with nearly every kid that had been in it since the beginning. It nearly blew the roof off.

You performed as Bill Austin in MAMMA MIA! for Royal Caribbean Cruise Line, can you tell us about this experience?

Honestly it was excellent. I had real doubts before doing it as cruise ships stupidly get a bit of a bad rep but it was one of the best decisions I’ve made. Doing Mamma Mia! to 1400 sun-kissed, tipsy holidaymakers was excellent. Waking up on a different Caribbean island nearly every day was what dreams are made of. And free food. Perfect. I highly recommend it for people starting out their careers or for actors wanting to earn and save.

What can you say about Going Out West, which you co-wrote?

I co-wrote Going Out West with my three best friends at East 15 Drama School. It started as something we needed to do as a project and then we kept developing it to take to the Edinburgh Fringe. I loved it. It’s still something I am incredibly proud of. We wrote it, acted in it, directed it, produced it and funded it which meant it was quite stressful but we had such a good time. We got some great reviews and the New Diorama in London asked us to put it on there for one night which was a huge compliment. The whole thing was a constant work in progress to the level that I don’t think we have a copy of the script from the last show. But it was so much fun. 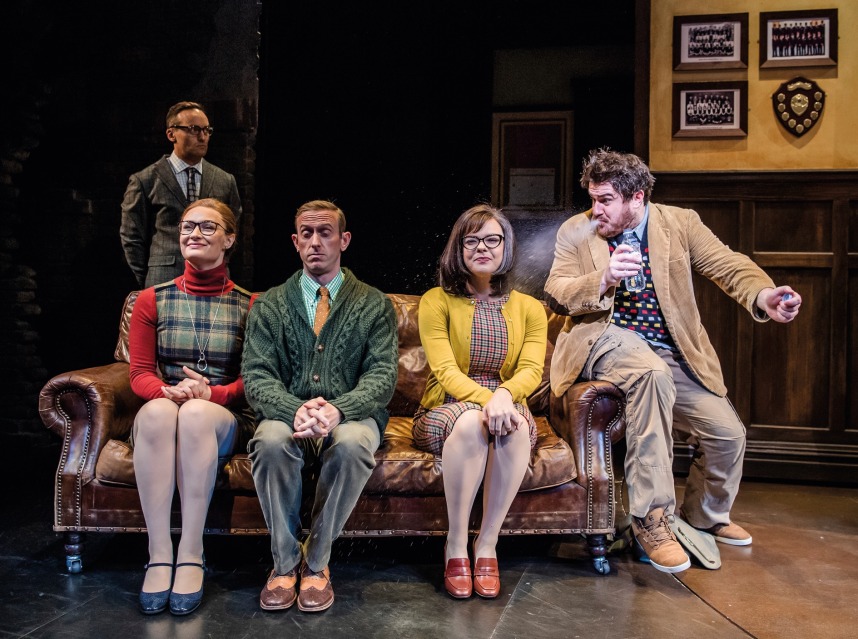 What was it like rehearsing for your role of Rob in Sleepless which was set to open at Troubadour Wembley Park Theatre in March?

The rehearsal period for Sleepless was really great. I loved being in a rehearsal room again and loved having the opportunity to build a new character basically from scratch. We were having a brilliant time until Covid halted proceedings. It was a real shame but a testament to the cast, crew and creatives, how much fun it was even in those surreal times.

What were you looking forward to for opening the show?

I was ready to be doing something different and to challenge myself in new ways. I was really looking forward to hearing the music with the band as it’s brassy and jazzy. We had also just started tech so I was super excited to see how the show worked with an amazingly impressive set. 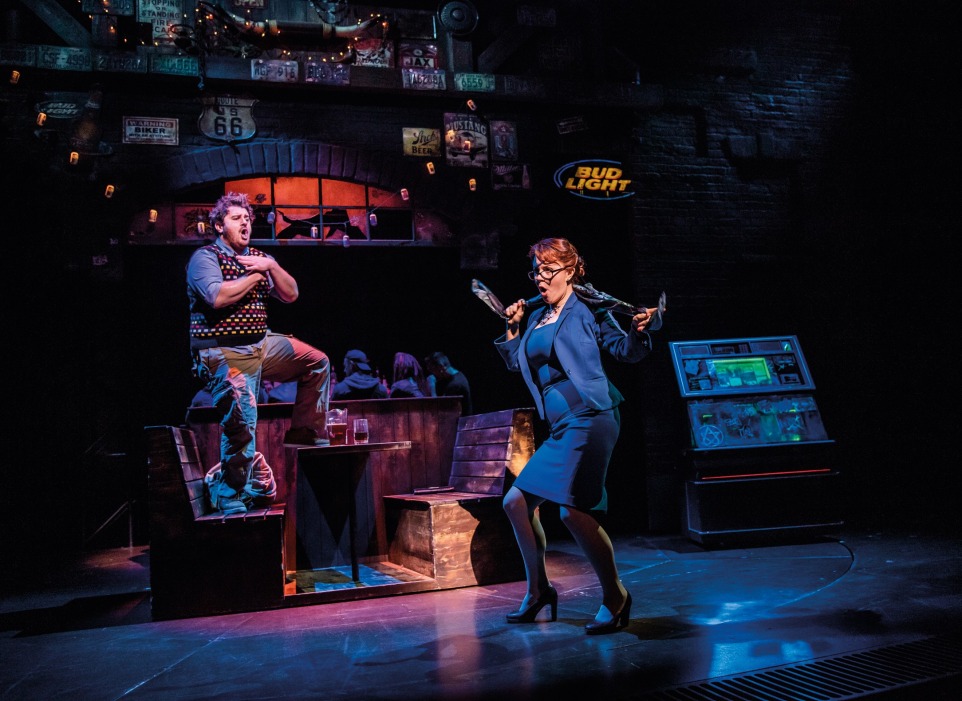 What’s it like seeing audience reactions to a show you’re appearing in?

The energy from an audience makes incredible differences to the play or the musical.  The end of School of Rock when I got to look out during the ‘concert’ was always overwhelming. Seeing the joy (mostly) on people’s faces and then meeting people at stage door. I’ve been lucky to play some funny characters in funny shows so the audience means a lot. There’s not a better feeling that realising a line or a movement that you think is right resonates with a whole group of people. However, it’s sometimes hard not to become addicted to laughs.

How did your musical theatre career come about?

I never thought I’d do musicals. That was always my brother’s thing. I didn’t think I had a good enough singing voice. I’ve always wanted to do mainly plays, film and TV but found myself doing well in musical theatre auditions so decided I’d better practise my singing. Which I did. Very hard. For a long time. And it was totally worth it – I love musicals. The actors that do plays and screen as well as musicals are living the dream.

You’ve had experience on screen as Ben Ogden in Doctors, what was it like being on set?

It was my first time on a TV set so it was quite intimidating. Other actors that have done Doctors before will know that it is quick. They shoot so many scenes in such little time. I was just out of drama school where I was used to having days to work on things but this was different. The main guy got his sides in the car on the way to the shoot. He basically read them three times and then knew it. I was blown away. With most scenes, we had one quick rehearsal for the camera operators and then shot it in one take. I was happy with the outcome though and I learned a lot from it. 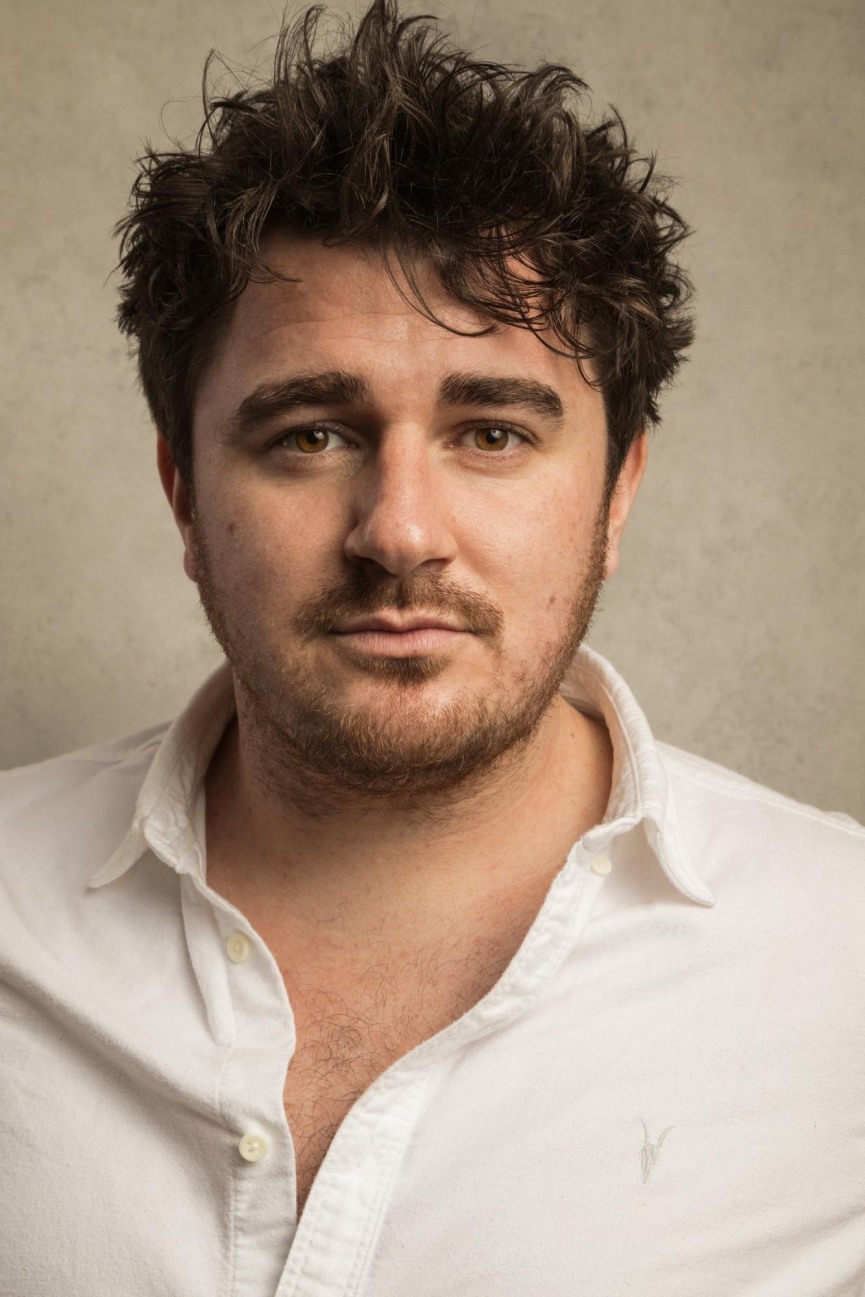 What do you enjoy most about your career?

I love how there’s potentially something life-changing right around the corner. No other jobs really have that. You can be out of work and wondering how you’re going to pay your bills, and then within a week or so, you’ve had an audition, got the part and your future looks so different. My dad is a builder and always says “I would do anything to get a round of applause at the end of each day”. I think that every time I take my bow.

How do you spend your time away from acting?

I watch a lot of films and TV. I’m never happier than when a series hooks me. I write a fair bit (not as much as I’d like). Drink red wine. Play guitar. Whenever I get the chance I go back to my parents which helps give me space from London and a chance to reset.