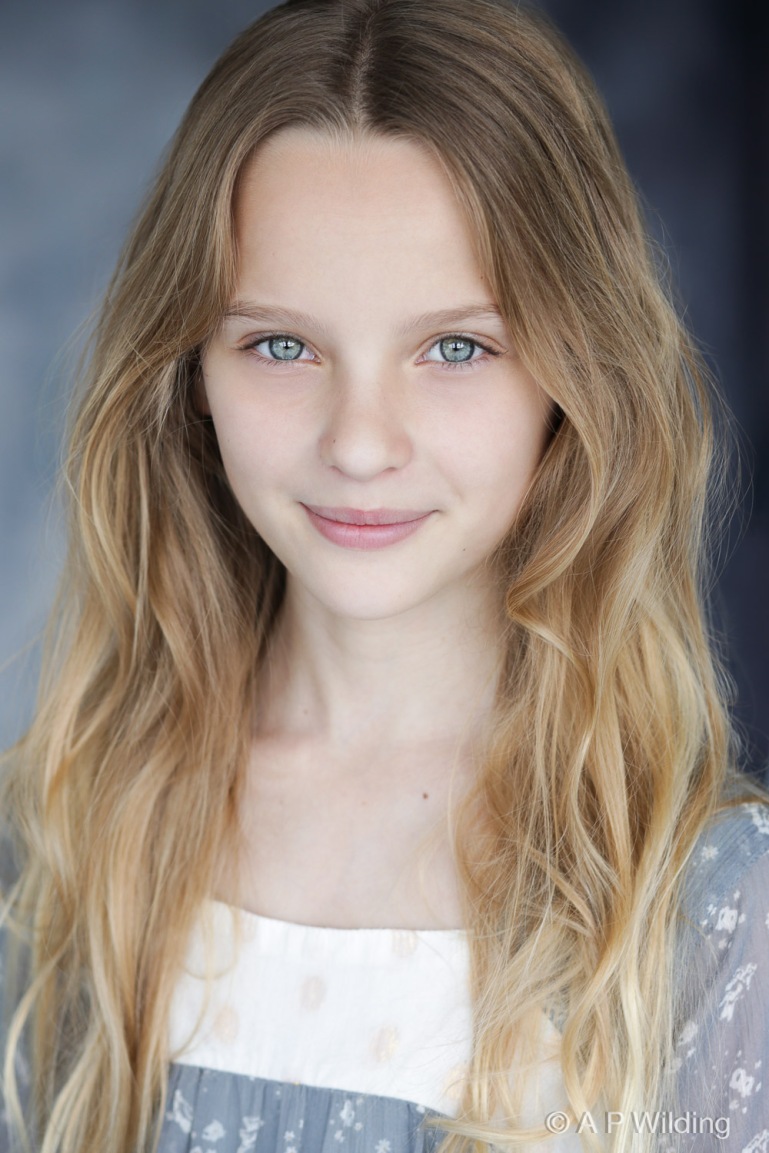 With Series Four of The Last Kingdom releasing on Netflix worldwide last month, Helena Albright was seen in numerous episodes across the series as Aelfwynn, making this her second role in a huge TV series having filmed previously for an episode of The Alienist alongside Daniel Brühl and Dakota Fanning. Helena has also worked on many short films, including award-winning production Space Girls as Katie, and most recently, she filmed in Wales for The Long Sleep Of Men. Meeting with Helena before the release of The Last Kingdom, she talks about filming for her role of Aelfwynn, working on an episode of The Alienist and her short films.

What was it like filming for your role of Aelfwynn in The Last Kingdom?

It was one of the best experiences in my entire acting career. Walking on set was like going back in time! Seeing all the cast talk normally was really funny and everyone was so nice. It was an amazing experience.

How much did you know about the show before auditioning and being cast?

My parents are big fans of the show. As soon as I found out I’d got the role, I read the first two books, but now I’ve recently watched all the seasons that are out and I can understand why everyone loves the show, it’s really good.

How did it feel being on set for the first time?

It was really nerve-racking because I had no idea what to say or where I should go, but I just had to be myself and act normal. I got used to it after a while!

You appeared in the award-winning short film Space Girls, can you tell us about your character Katie?

My character Katie is very competitive, a bit like me! She loses a game at the start of the film and she says it’s not fair and that someone else always wins. She also loves space like I do. It’s nice to see all these young children want to become powerful, strong leaders.

How long were you working on this project?

I worked on Space Girls for one weekend.

You’ve worked on other short films, what do you enjoy about this type of production?

It’s really amazing to see students’ creativity and see the next generation of filmmakers. It’s exciting to see what might be the next famous director!

Can you tell us about being on set of The Alienist?

The Alienist is one of the first really big productions I did. I got an amazing costume and vintage shoes. It was filmed in Budapest and there were smoke machines everywhere. I made friends with a girl called Heather who recently performed in School of Rock, so it opened up an opportunity. The set was amazing and, once again, everyone was really nice.

What was it like working alongside the rest of the cast?

There’s an actor in it called Daniel Brühl and he speaks German and I also speak German so we got to talk together! The person who voiced Coraline was also there, Dakota Fanning, and she’s really nice and I got to talk to her as well. It’s nice and really awesome meeting a load of famous people. As I said, I made friends with a girl called Heather and she’s also really nice. I made loads of friends and we all got to skip and play together. We understand you filmed Stopmotion, what can you say about this production?

I absolutely love horror movies, and after seeing a set and everything that happens off camera, I get a little less scared now because when I watch one, I know it’s not real and they’re all actors! It was really cold and it was filmed in a house with no heating. They also filmed it outside and it was really fun. I play the younger version of my character and it’s really funny when they do that because you can see what you might look like when you grow up!

Music videos are quite interesting because you don’t really act as much. You do have to have a lot of energy though you have to smile and dance for long periods of time. I prefer films, if I’m honest, because I get to act more.

Was there anything that drew you to an acting career?

My sister did it. She did karate so then I did karate, and then she did acting and that looked like fun so I decided to do it too!

Do you have a favourite aspect of acting?

My favourite aspect has got to be becoming this whole other person and making a character come to life. When I watch films, I love seeing all these actors play characters that I love, and it must be really nice for them to know they bring other people joy from what they do.

What do you remember from your first professional job?

I was in an acting class and one of my teachers said that there was going to be an audition for a Yollies advert. I auditioned for it and then I got the part. The audition was kind of the actual advert as I had to put my hands through a box and I wasn’t allowed to see what was in the other end. I had to feel lots of things and they had fake frogspawn and slime, and it was really funny because they wanted to see our reaction. It was loads of fun and it was just like playing a game. I think that’s why I’ve continued acting.

What advice would you give a young actor filming away from home for the first time?

It’s amazing! It’s like going on holiday! You’re also doing the thing you love the most! You get to be on set and then you get to be in a hotel and you get to go out and try new foods and meet new people. Sometimes a car will pick you up from the hotel and that can make you feel really professional.

What are your current and upcoming career plans?

I recently finished a short film called The Long Sleep Of Men which was partly filmed in Wales. Apart from that, I’m not really sure. I guess I’ll see what happens.