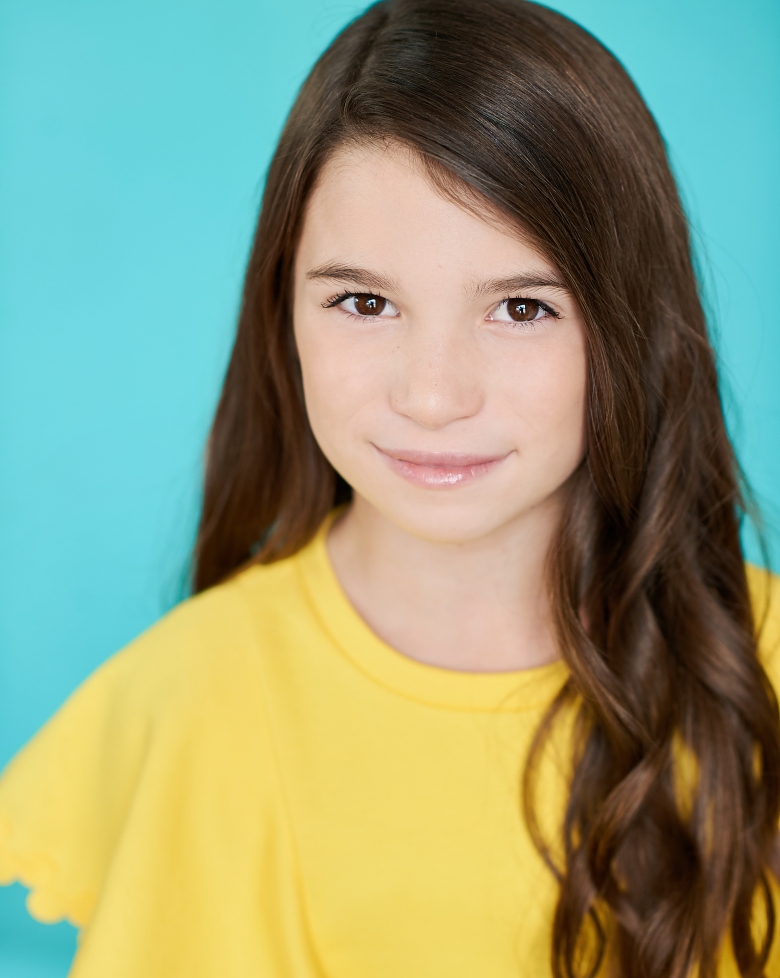 With HBO’s award-winning series Watchmen releasing last year, Lily Rose Smith played the role of Rosie Abar and attended the premiere alongside other cast members including Regina King and Yahya Abdul-Mateen II. In 2015, Lily Rose started work on The Vampire Diaries as Josie Saltzman with her real-life sister Tierney playing Lizzie Saltzman where they continued in their roles until the end of the final series, and with the spin-off show Legacies, they both returned as their young characters. Catching up with Lily Rose, she talks about playing Rosie in Watchmen, starting her screen career in The Vampire Diaries and her role as Young Josie in Legacies.

How would you describe your character Josie Saltzman in The Vampire Diaries?

Josie is super nice. She wants to be kind to everyone and she likes to follow the rules. I really liked the episode where I kind of ratted out Lizzie (my sister, Tierney) for setting fires at school. That scene was funny to do.

What did you enjoy most about filming for this role?

The best part about it was probably getting to work with my sister! My other sister, Miley, was also able to be on set so we were always together, which is always the best.

You reprised the role in Legacies, the spin-off series to The Vampire Diaries, as Young Josie, can you tell us about returning to the character?

It was kind of cool to see how the character that I got to originate grew up and how she turned out to be and then still being able to be a part of her story was pretty amazing. 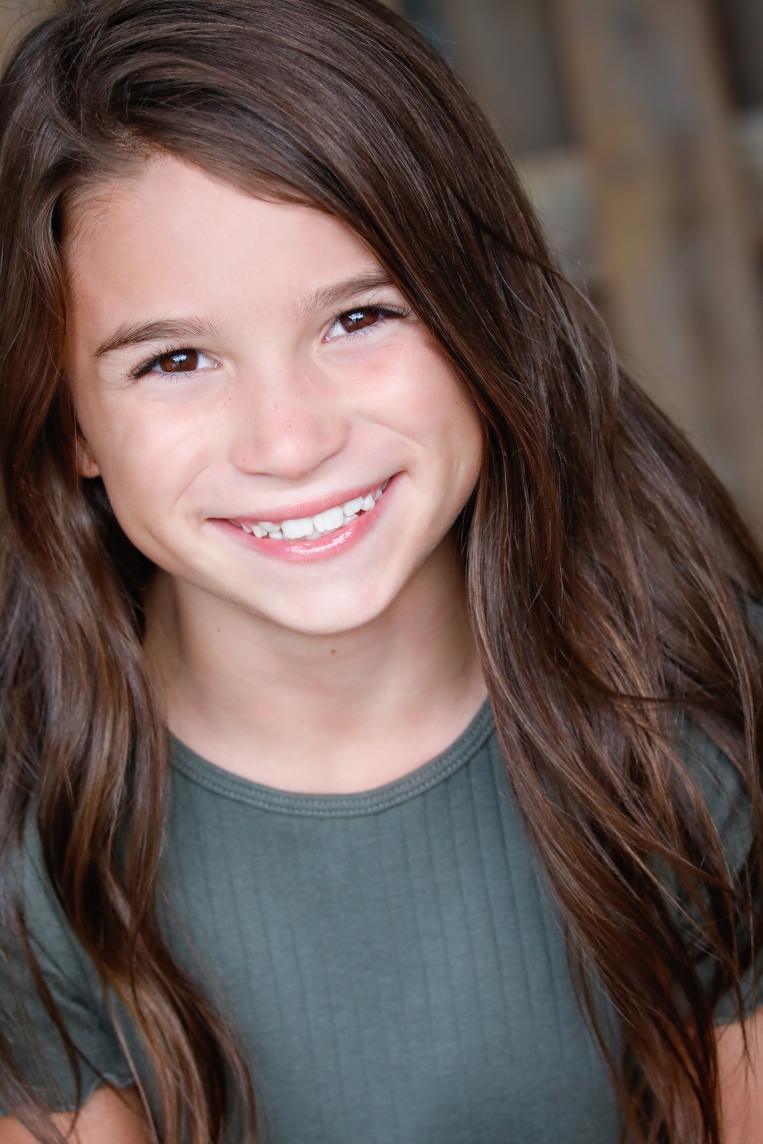 What was it like meeting the rest of the Legacies cast?

They are the NICEST! When I met Kaylee Bryant it was like I had known her forever! She gave me the biggest hug and was just as excited to meet me as I was to meet her!

How did you prepare for the auditions for Watchmen and to play the role of Rosie?

I flew to Atlanta for this audition. Most auditions are by video but this one I flew to Atlanta for. Then for my callback, they didn’t make me fly in again, I was able to Skype in with the Director, Nicole Kassel. It was funny because the Skype session was at the same time as my school cheer banquet so as soon as I finished the session I had to quickly change and get to school for the banquet. I found out I booked it a few weeks later on the last day of school. That was an awesome phone call!

What’s your favourite part of working with your on-screen family?

Everyone was super-duper nice! It was neat working with Regina King, I mean, she won an OSCAR! So getting to see how she works and takes on scenes was great for me to watch and learn from. She was always kind to the kids and our parents and really looked out for us on set.

Do you have any stand-out moments while playing the role?

I have a funny story! When we shot the pilot they had us eating Pho, a Vietnamese soup type thing, in one of the scenes. I had never had it before and it was SO good! I couldn’t stop eating it! So we had to do a whole bunch of takes and I was super full by the end. 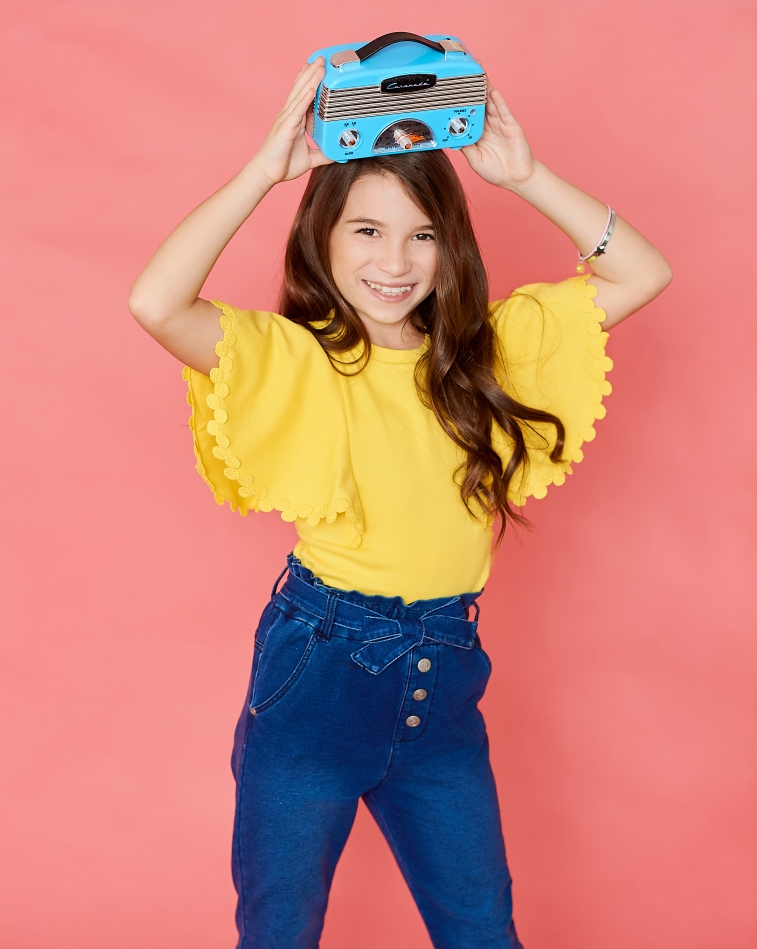 Can you tell us about your experience attending the Watchmen premiere?

I will never forget it! I loved getting to pick out what I was going to wear. I’m not a frilly kind of girl so I found a cute black dress and chose to wear it with sparkly Dr. Martens, my favourite type of shoes! It was surreal getting to walk the red (blue) carpet and have so many people taking my picture and calling my name. I loved it and hope to do it again!

Is there anything you can say about The Greatest Coach of All Time?

It is such a great story! And it’s a faith based film, so it was really great getting to be a part of it.

What’s your favourite thing about working on screen?

I love to see the finished show on TV. I get an idea in my head of what things will look like when I read the scene or script but then to see it all come together after they edit everything and add special effects is really neat. I also love meeting all of the people. It takes SO many people to make TV happen!

How do you spend your time in between filming scenes whilst on a project?

I usually have school to do. So that takes up a lot of time. I like to draw so I sometimes make pictures for other cast members. I also like to read so I always bring a book to set.

How did you get into acting and had you always wanted this career?

I started modeling when I was really little because I liked having my picture taken. I didn’t know that this was what I wanted to do, like to really pursue, until after my mom taped us for the audition for The Vampire Diaries and we booked it. After being on set for that and trying it, I really liked it and knew I wanted to do more. I started taking acting classes and really learning how to develop characters after that. It’s a lot of work… I am always practicing!

What TV shows and films do you enjoy watching?

I am currently watching Stranger Things. I’m on Season Two and am a little obsessed. I also really like Steven Universe.

Can you tell us your plans for the next few months?

We left a few weeks ago to stay in LA for a couple of months for pilot season. I love being in LA. I want to live there some day. Hopefully soon… just have to convince my dad.