With NatWest MoneySense Commercial, Tallulah Conabeare stars as the young girl collecting the pound from a supermarket trolley across all social media platforms and TV. Tallulah has filmed other commercials including for Hilton Hotels alongside Anna Kendrick, and she is well-known to children over the country as the voice of Candy Cat in Peppa Pig on Channel 5. For her first feature film, Tallulah voiced the role of Evan in The Big Bad Fox and Other Tales where she worked alongside a cast including Giles New and Celia Imrie. Chatting with us, Tallulah talks about filming the NatWest commercial, voicing the role of Candy Cat and working with Anna Kendrick for Hilton Hotels.

You voice Candy Cat in Peppa Pig, how is it voicing this role?

It’s great, and also funny, because I watched Peppa Pig when I was little and I always liked the character Candy Cat, and now I’m her. It’s great fun, the people are really nice. It’s exciting seeing my name on the credits.

How would you describe Candy Cat?

She’s a bit mischievous, loves her parents, she’s inquisitive and loves playing with her friends.

How often are you in the studio for this role?

Well, they tend to put all of Candy Cat’s lines together for lots of different episodes, so I can get a lot done in a few sessions.

What’s the best part about being involved with the Peppa Pig series and how did it feel booking the character?

Every time I’m having a nice chat with someone, and they ask me about what I do and what I’ve done, I say I’m Candy Cat in Peppa Pig and they get so excited because everyone knows who Peppa Pig is. It’s a fantastic show to be a part of. My mum picked me up from school and told me that I’d got the part of Candy Cat, and I thought she was joking because that stuff doesn’t happen every day. I was really chuffed.

What TV shows do you enjoy watching?

I watch a lot of American TV shows on Nickelodeon like The Thundermans, and Liv and Maddie and K.C. Undercover on Disney, and my mum has just introduced me to Glee. I loved watching His Dark Materials and Worzel Gummidge. Also, Operation Ouch! and Horrible Histories are fantastic.

Can you tell us about voicing Evan in The Big Bad Fox and Other Tales?

Evan was kind of the cool, feisty chick of the three, who at times could be mischievous, for example calling the Big Bad Fox names. It was really amazing to play her, and really fun too. I worked a lot with Giles New, who played the fox, and he was a wonderful actor who I learnt a lot from. 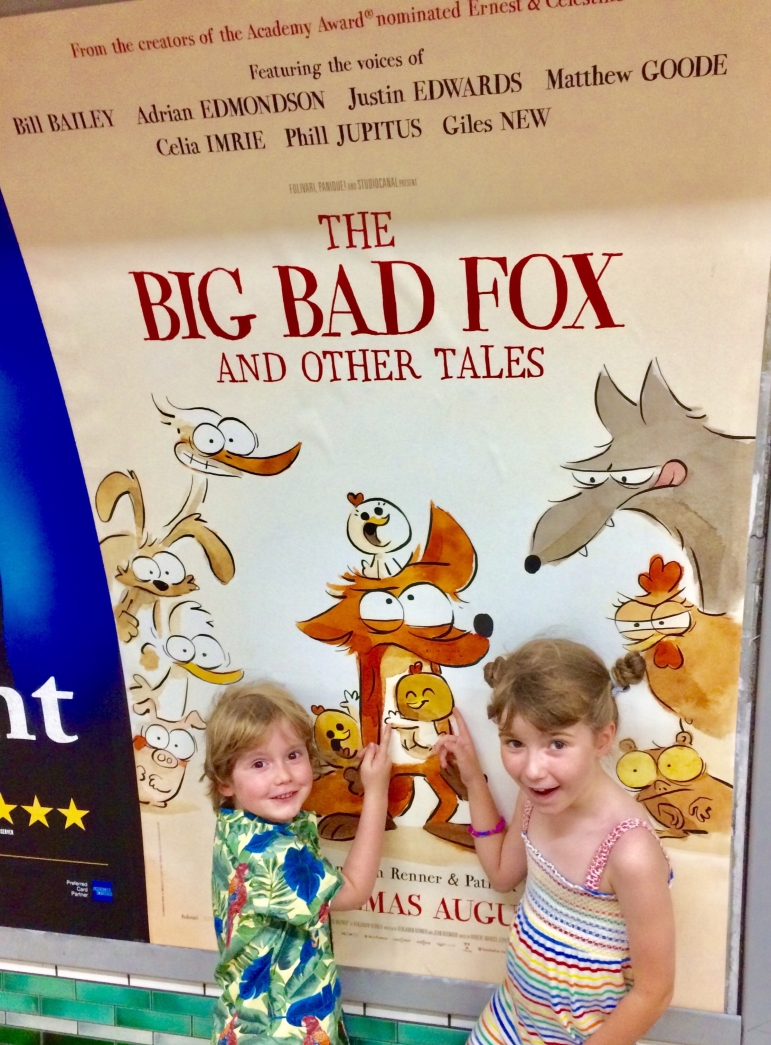 What do you enjoy most about voiceover work?

I love that you get to do several episodes, and it doesn’t take as long as filming. The room is cosy and it’s fun having the equipment all around, and seeing my voice come to life in a character.

You’ve worked with Karrot Entertainment in Tish Tash and Jade’s Jammies, what can you tell us about these?

I love working with Tim O’Sullivan who directed both, he makes it so fun and exciting. Instead of just reading the lines, he makes it into an imaginary rollercoaster, I can really see my character doing all the things I’m saying. We almost create the character as we go along. We recorded fifty-two episodes over six months on Thursdays after school. I play Tash, the blue bear, she’s Tish’s imaginary friend who makes everything fun. 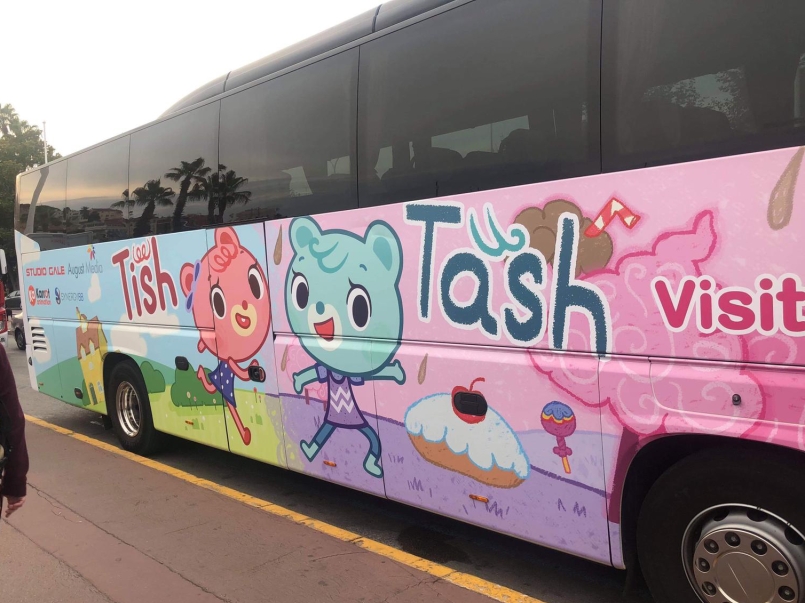 How did you find the experience filming the NatWest MoneySense Commercial?

This was so much fun, as I got to strut around and pull lots of different facial expressions. The director was really encouraging and seemed to really like what I was doing. There were fireworks exploding, that I had to ignore, it was just me and my coin. The camera was on a track and I was literally chasing it, it was exhilarating and sooooo much fun.

How long were you filming and what did you enjoy most about your time doing it?

We shot for two days filming, and then we had a day for stills. I enjoyed flipping the coin and the magic trick, I got pretty good at it. It was freezing cold, if you look closely you can see my pink nose.

You’ve appeared in other commercials including Hilton Hotels with Anna Kendrick, can you tell us about some you’ve worked on?

I’m a huge fan of Anna Kendrick, as I’d seen her in Pitch Perfect and Trolls, so I was thrilled to be working with her. I had to have an American accent and she helped me with it, she was really sweet to me and encouraging. She’s really funny and kept changing the lines. We were shooting in Amsterdam and it was really hot, we also got to have a look around whilst we were there. My mum and I rode our bikes to Anne Frank’s house, its so cool shooting abroad.

I’ve also shot a couple of adverts with my younger brother Wilbur, for B&Q and F&F, it’s nice working with him, I usually tell him what to do.

How did your career come about and is it something you always wanted to do?

My mum is an actor and was a kid actor too, so I was kind of brought up around it. I’ve always loved performing, and went to The Globe to see my first Shakespeare play at four, as our friend was performing in it. I remember getting a badge saying “All the world’s a stage”. At school I love science and art, so it would be great to combine this with acting too.

Why would you recommend young actors get into voiceover work?

Voice work is amazing. I’d recommend it as it’s great fun, and it gives you some amazing opportunities to work with fantastic people. 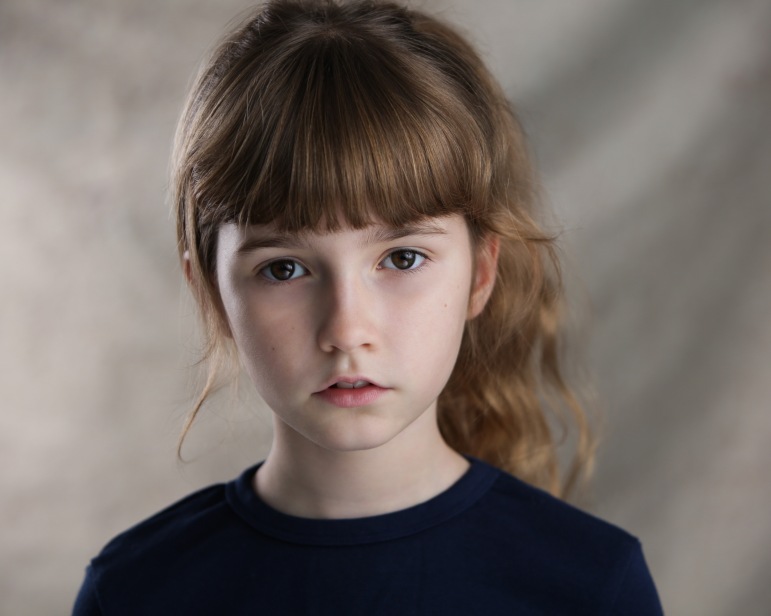 What are your upcoming acting and voiceover plans?

I’m currently auditioning a lot at the moment, there’s a film I’m really excited about, but I can’t tell you about it just yet, however fingers crossed! Voiceover wise – Tish Tash should be coming out soon and I can’t wait for people to see it.