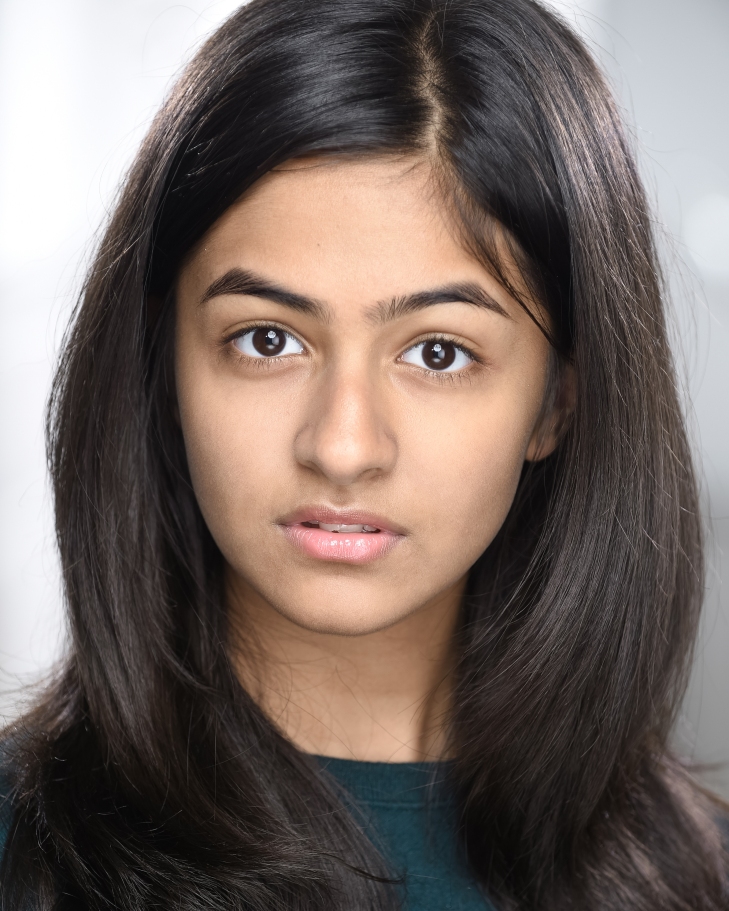 With The Secret Diary of Adrian Mole Aged 13 3/4 transferring to the West End this year, Riya Vyas was cast as Pandora Braithwaite where she was directed by Luke Sheppard and was in the cast for the final performance at the Ambassadors. Training in musical theatre with British Theatre Academy, Riya has performed in many of their productions including Little Women and Mary Poppins, and made her professional stage debut in Ragtime at Charing Cross Theatre in 2016. Talking with Riya, we found out about her time in Adrian Mole, her professional debut in Ragtime and her musical theatre training.

What can you say about your time as Pandora in The Secret Diary of Adrian Mole Aged 13 3/4 the Musical?

I cannot express how much this show has meant to me on both a personal and professional level. The year before this casting, I was really sick and in and out of various hospitals for some horrible tests because the doctors couldn’t find what was wrong. I had to turn down jobs because I just didn’t have the strength and I missed most of the academic year at school. I wondered at the time if it would be a case of missed opportunities. So when I got the call from the Sylvia Young Agency to say I had been cast as Pandora! in Adrian Mole! in the West End!… to say I was over the moon would be an understatement!

Performing in such a fun, energetic and relatable show was the best experience! I loved every minute of being on stage and bringing Pandora to life. She was a really interesting character to play as she has so many layers of snootiness, intelligence and diva with a lot of feminism which was great as Pandora fights for equal rights. I feel so lucky to be part of such an amazing show which such a talented cast.

How was it working with the writers – Jake Brunger and Pippa Cleary – and director – Luke Sheppard?

I am so inspired by Jake and Pippa and what they have achieved. It was so warming to hear the history behind bringing Adrian Mole to the West End and how the vision of Sue Townsend was incorporated to the production before she sadly passed away. I learnt so much from the direction of Luke Sheppard and Simon Kane, who both really helped me bring Pandora to life. All the creatives, cast and crew were really amazing to work with. 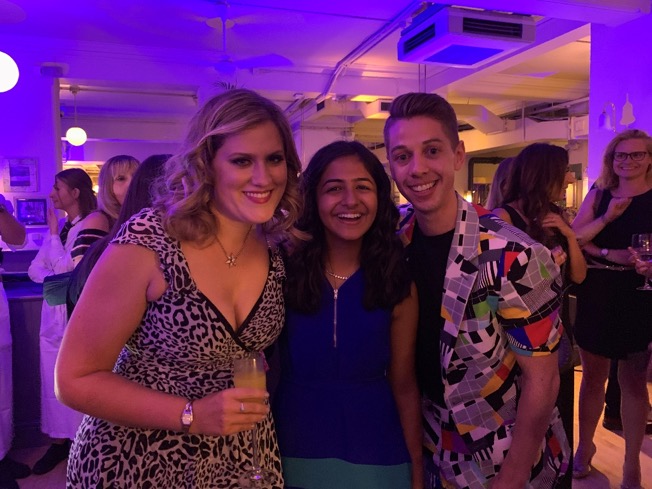 Do you know if you performed to any celebrity guests while in the show?

I believe Jason Gardiner and Tony Blackburn were in the audience during the run!

What will you take with you from your time in the show?

The whole experience will stay with me forever. The people, the show, the part… all of it! Gala Night was a really special experience where we celebrated the show’s opening and had an afterparty at Browns. I also got to perform the final show on closing night and the atmosphere was amazing. I managed to hold back my tears until the bows! 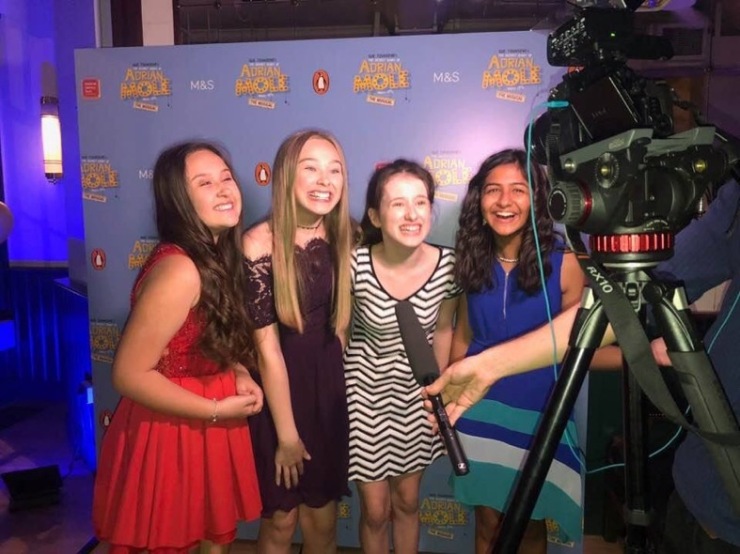 How did you feel making your professional debut in Ragtime at Charing Cross Theatre?

I was so excited when I found out I had been cast and from this moment on I definitely knew more than I did before that performing is what I want to do in the future!

What was this show like to perform in and do you remember what the auditions were like?

Ragtime will always have a special place in my heart, not only because of the heart lifting, emotional story it told, but also because of the talented cast who performed on stage whilst playing their instruments at the same time! The audition process was really tough and I remember feeling very nervous. My theatre school (British Theatre Academy) put me forward for the audition and I will be forever grateful to Matthew Chandler, Danielle Toronto and Thom Sutherland for the amazing opportunity.

Can you tell us about some of the stage shows you’ve performed in with the British Theatre Academy?

I have done quite a few shows with BTA. My first show aged eight was Annie Jr. which we performed at both Hampton Hill Playhouse and the Arts Theatre London. I then went on to perform in The Wizard Of Oz, Elf, Pinocchio, The Secret Garden (which was actually at the Ambassadors Theatre where Adrian Mole played) and many more. My two favourite shows with them would have to be Little Women at Stockwell Playhouse and Mary Poppins, where I played the Bird Woman. 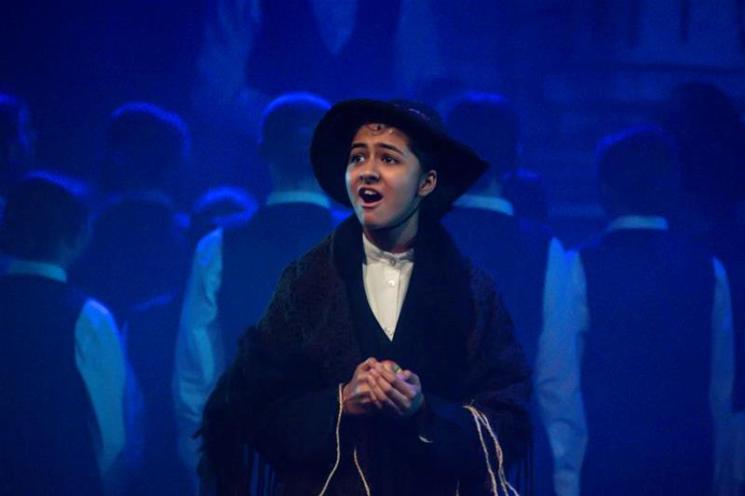 You performed at Rose Theatre Kingston in The Railway Children and Alice in Winterland, what was this theatre like to perform in?

The Rose Theatre is a really special place, I feel so lucky to be part of their young company. The theatre is huge so you really have to project your voice!

What was your role in Alice in Winterland and can you tell us more about it?

Alice in Winterland was the big annual Christmas Production at the Rose a couple of years ago. I played Rockhopper (a penguin) which was really fun, I remember Ciaran (our director) taking us for a run round the block to improve our physicality and energy. We were taught so many different skills from stage combat and physicality of our characters to exploring different accents. It was so nice to witness the smiles and laughter from the audience which is made up of the local community and beyond. Little kids would dress up in their Alice costumes and my four-year-old brother was mesmerised by the show!

Did you know the story of The Railway Children before being cast and how was your experience in the show?

This was one of my favourite books so I did know the story. When I found out that this was going to be our next show, I remember wanting to play Phyllis because she was my favourite character in the book so I was so happy when I got that part.

Have you seen any theatre shows recently you would recommend?

During my weeks off from Adrian Mole this summer, I saw Everybody’s Talking About Jamie (thank you, Layton, for the stage door photoshoot!), Joseph, Waitress and Hamilton. All four of these musicals were incredible but I really loved Hamilton (although I might be biased because I am a big fan of Lin-Manuel Miranda’s work). Most recently I saw &Juliet, and this is definitely my new favourite! I recommend everybody goes to see this 😊. 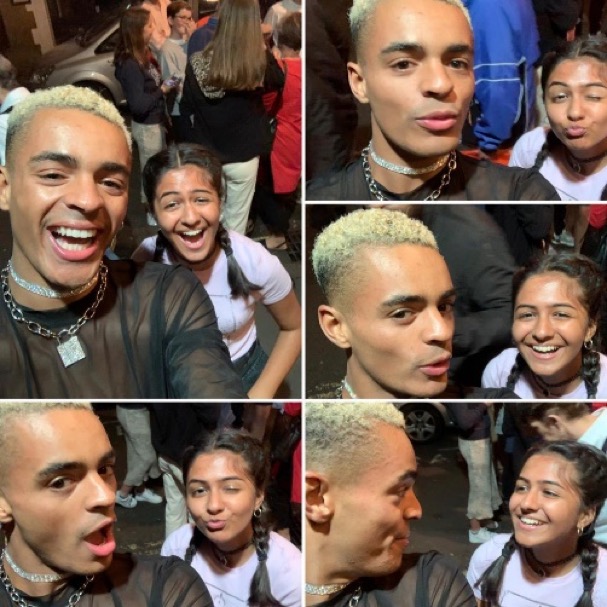 Can you tell us about singing on stage at Wembley Arena in the choir for Voice in a Million?

I have been a member of the VIAM stage choir for three years. Stepping out on the stage at Wembley Arena was so special and the atmosphere was electric. Performing on the same stage as HRVY is one of my highlights of this experience. VIAM is linked to a really great cause which raises awareness of people in care around the world and problems which face perspective adopters.

How did you get into acting and do you have a favourite actor?

From the age of four, I was really shy at school, at home and, in fact, everywhere! My mum enrolled me in Stagecoach to try and boost my confidence. After only a few months, I realised how much I loved singing and acting. I was given some great parts in Stagecoach productions and I guess you can say I didn’t look back! It was at Stagecoach were I met a really special person, Helen Williams, who used to teach me LAMDA and whizzed me through my grades. Today, Helen remains my acting coach, she prepares me for auditions and helps me develop my skills further 😊. I then saw an advert for some auditions for Annie Jr. with the BTA. I auditioned and was invited to join the school after my first show with them. Before I knew it, I was performing in Ragtime at the Charing Cross Theatre and, as they say, the rest is history! A lot of people said to me that I would never be cast as a lead role because of my ethnicity and having to resemble the character I was playing, and therefore I should choose my career carefully, well I am glad I didn’t pay much notice to them! It’s so warming to see how much the performing world is progressing with diversity!

My favourite actors are Naomi Scott, Emma Watson, Will Smith and Joe Sugg.

What does your training consist of?

I get my Musical Theatre training from The British Theatre Academy, who provide lots of opportunities to perform in full-scale productions. I am a member of the Rose Young Company. I attend the Voice in a Million Stage Choir when possible and try to get to workshops where I can at Sylvia Young, Spirit Young Performers and NYMT. The last couple of years I have been coached by the most talented singing tutor and actor, James Buchanan, who has helped me immensely with my voice, and I have dance lessons and regular acting lessons with my amazing acting coach, Helen Williams, whom I would be lost without. I am happy to have recommenced singing lessons with Julie Thomas also, who taught me from a young age. So, I do a lot of training but I love every moment of it!

How will you be spending the next few months?

I have an interesting project I am working on in the next few weeks, I am also rehearsing for The Little Mermaid Jr. with the BTA where I will be playing Ursula. I will also be spending my time developing my training further as teenage years are a bit more difficult to find work due to most shows having strict height restrictions. Hopefully my agents at Sylvia Young can put me forward for some auditions too 😊.