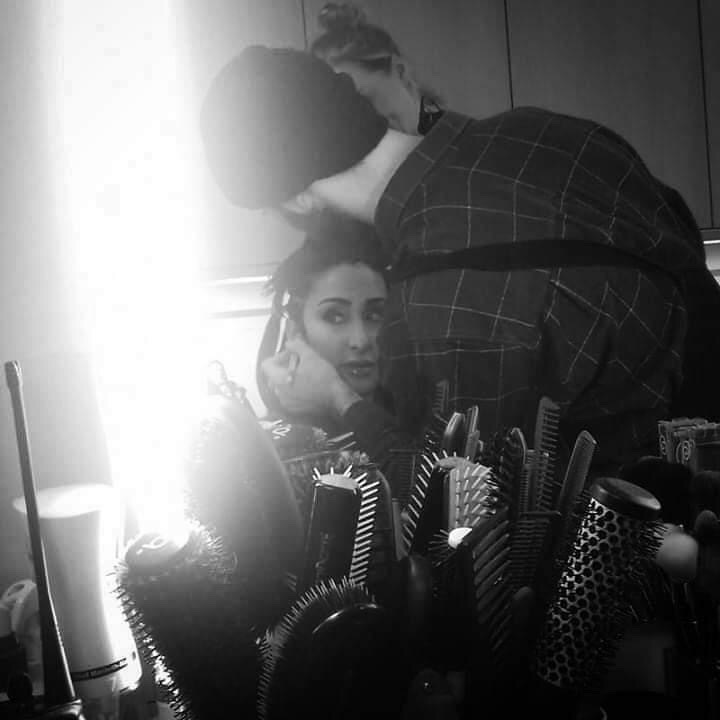 Last year saw Saskia Chana book her first series regular role in Channel 4’s comedy The Bisexual, working alongside one of the creators, Desiree Akhavan, who also starred in the show. Saskia has filmed for upcoming BBC production Hunter, and as well as having stage experience, she is busy working on her own writing projects. Sitting down with us, Saskia chats about filming Hunter, booking her first regular role and playing Deniz in The Bisexual.

For those that haven’t seen The Bisexual, how would you describe it?

The Bisexual is about a woman in her thirties from New York who lives in London and starts to explore her sexuality with men for the first time. She has found this new lease of life that she wants to explore, so she goes on a journey of exploration as she knows everything she knows up until thirty and is exploring the new territory and is thrown into different situations.

Can you say about your character in the show?

I play the friend, Deniz, who is very loyal and can be quite brash, abrupt and to the point. She’s quite protective and really smart, she’s very aware of everything around her.

What were the auditions like and how did it feel when booking the role?

The auditions were exciting and nerve-racking. I think it became much easier because I got so much positive feedback at each audition, so I felt really encouraged. I auditioned with Desiree Akhavan, who was really supportive, and I feel like that gave me a really strong foundation to work from.

What was the experience like on set as your first series regular role?

It was so welcoming, and I really felt part of an ensemble. Every single person there was so lovely. It was the best experience ever. My first day on set was a dream, Sister Pictures had flowers in my trailer and welcomed me in such a warm way.

What was it like working with the rest of the cast?

How was it watching the show when it was released?

I went to the screening at BFI and at first, it was quite a weird experience but then I saw that people were laughing and were engaged with my character. I got really great feedback from the read-through, and a lot of people came up to me and said they liked the character that had been written. It was mixed emotions but very fulfilling.

How does it feel having the show nominated for awards and did you have chance to attend ceremonies?

I went to the DIVA Awards, which was really exciting. I knew that, from what we’d created, it was going to go down well.

What can you tell us about filming Hunter?

Hunter, again, felt like a family. I feel like I’ve been very lucky because everyone I’ve worked with has been really supportive. Filming for Hunter was so exciting.

Do you know when it will be released and what are you looking forward to for seeing the finished episode?

It will be released Sunday 15th September. I’m really looking forward to seeing the self-help guru, played by Jonathan Pointing, who also co-wrote the series. His characters are hilarious, and I really like the concept. I just want to see it all come together because everyone was really funny so I’m looking forward to seeing what they did with it.

What is the most recent stage production you have worked on and how was the experience?

I recently took part in a workshop run by Outbox Theatre Company, and we got to perform a short piece at the Southbank Centre, which was really good. I learned a lot about myself in that workshop, and then I let it out on stage.

What drew you to an acting career?

I think it was years of trying different things that felt creative but just weren’t what I wanted to do. Dancing was always something I loved to do, but I didn’t develop that talent, so it felt really natural to go into acting, which I’d always loved as a child.

Do you remember what your first professional acting experience was?

I had a job at the London Bridge Experience playing one of the scare actors, and I had to learn so much dialogue in two days ready to start that weekend. It was good, but I got fired because I swore in one of the shows by mistake because I forgot my lines! Luckily, there were no children in the show at the time as it was a hen do, but I think I just got carried away.

Away from acting, what do you enjoy doing?

I love quiet places – going away to the countryside, walking in the park, connecting with myself and reflecting on things. I also love theatre and all the theatrical things that actors love.

Do you have any productions you’ll be working on in the coming months?

Yes, I’ve got a few projects in the pipeline that are in development. They are writing projects that I will star in. I’m co-writing one of them and writing the other.