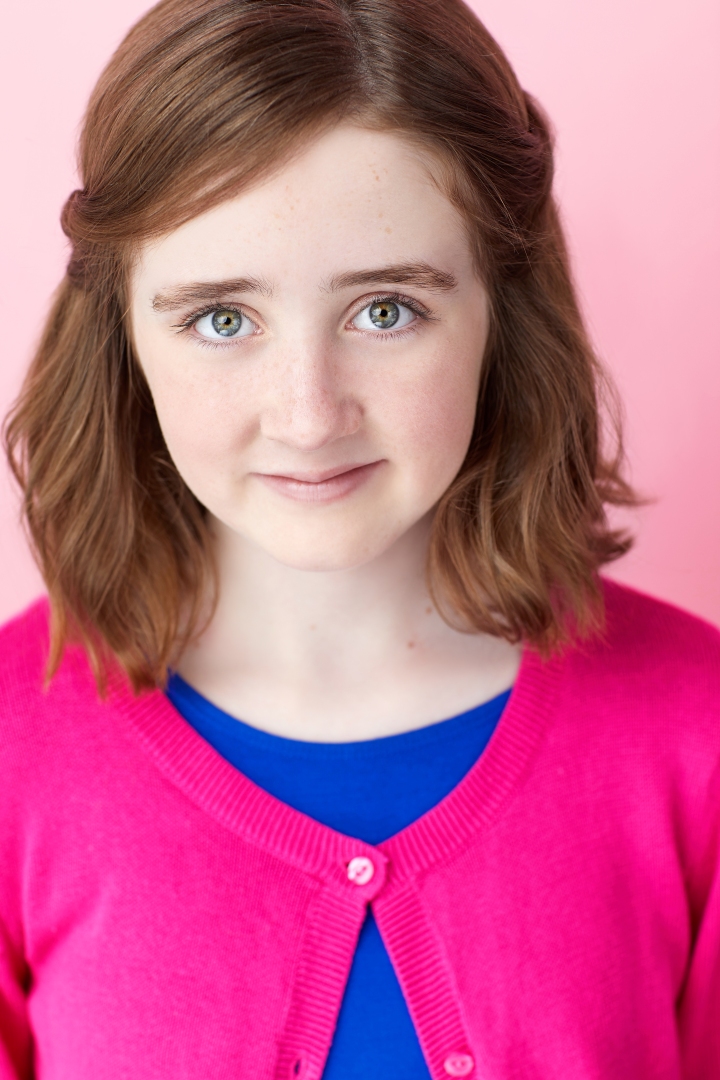 I got the offer for the role on my mom’s birthday, which was an amazing present not only to me but also to her. I was excited that I would be able to work with Dan Longino again, who also directed me in the first episode of PEN15. It was very exciting to see that Frankenstein’s Monster’s Monster, Frankenstein was created by John Levenstein and David Harbour. I knew who David Harbour was and my parents told me how John Levenstein wrote and produced a lot of their favourite shows. John even told me when I got on set that he thought I was funny, which was super cool.

It was great to work with such a talented cast and crew. Kate Berlant is sweet and a very talented comedian. You should check out her new comedy shorts on YouTube, as especially the one about how to tell time! David Harbour is very nice, funny and amazing to watch on set as he went from character to character. Alfred Molina is an amazing actor and great to work with. I felt bad that he had to carry my dead body over the cliffs. Plus, he was in Raider of the Lost (and I am named Marion just like the character in the movie). Alex Ozerov was also wonderful to work with and very nice.

It was great to play the niece. I figured she was the only kid on this island and was just trying to entertain herself. It’s not like she could play games on her phone. As Doctor Frankenstein’s niece, she had probably seen some pretty weird things and strange people. She also could pretty much do whatever she wanted, like run and dance outside in a thunderstorm.

How long were you filming for this role?

I filmed for two days on Frankenstein’s Monster’s Monster, Frankenstein. Plus, my wardrobe fitting where I got to try on a dress worn by Natalie Wood.

David Harbour was great to work with. He has great comedic timing. He was playing so many characters, that when he wasn’t filming he was usually in makeup and wardrobe getting ready for the next scene. When I first got to the set he came over and asked me about myself and my previous work, which made me feel very at ease. He is a great actor and I admire that he still takes lessons and works on his craft. 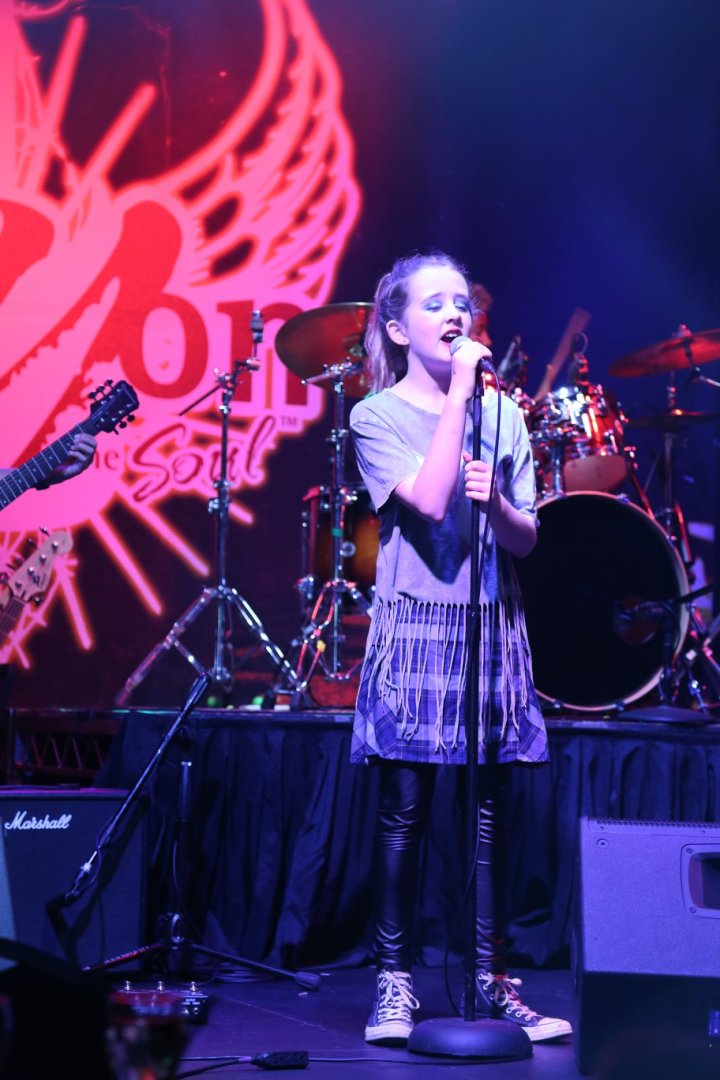 Who is your character Terra Newback in PEN15?

She’s that quirky kid that classmates might not think about, but still talk about. She tries to fit in like most teenagers but in her own way. She’s definitely her own, very unique person. She likes what she likes and is always willing to try something out.

For those that haven’t seen the show, what is it about?

PEN15 follows Anna (Konkle) and Maya (Erskine), playing thirteen-year-old versions of themselves, as they start seventh grade in the year 2000! Since Anna and Maya, in real life, are in their thirties, they can handle some more of the adult awkwardness, but the rest of the students in the show are mostly teens (a few tweens) which I think makes it feel more real.

What’s the experience like on set of the Hulu production?

The PEN15 set is very fun! Everybody, the cast and the crew, really felt like a family. We all like to cheer each other on in whatever we might be doing! Plus the fans of the show are awesome. Someone even created a meme of me!! I even saw one on BuzzFeed.

What do you feel you’ve learnt from the various actors you’ve worked alongside so far?

I’ve learned to trust my instincts more while on set with my fellow actors. I’ve gotten to work with some really cool people and you just try to absorb being around them. How they act in a scene and how they are on set. A lot of them like Anna Konkle, Maya Erskine, Zach Galifianakis, Beck Bennett and Kate Berlant are amazing at improvisation, so I think I have definitely gotten better at improv too. 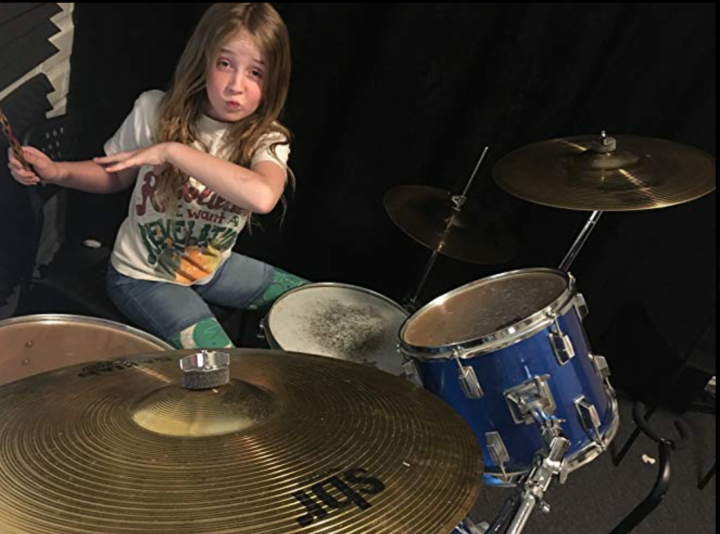 What do you enjoy most about working on commercials?

The food!!! Seriously, the food on commercials is always the best! And I usually get to meet cool new people and make some new friends. Once, I got to sing a song to Beck Bennett from Saturday Night Live that I made up on the spot when I was only five years old, but it didn’t air. I also have gotten to swim, learn to pitch a baseball and practice riding a bike on a studio lot.

Which music videos have you appeared in and what do you remember from your time filming them?

I have been in one music video when I was four. It was for the band State Shirt. The song was National Felt. I actually don’t remember much about it, except everyone was really nice and my brother Heston played my brother. I also remember getting to eat jellybeans! Plus they had us play with bubbles in the dark, which was fun. 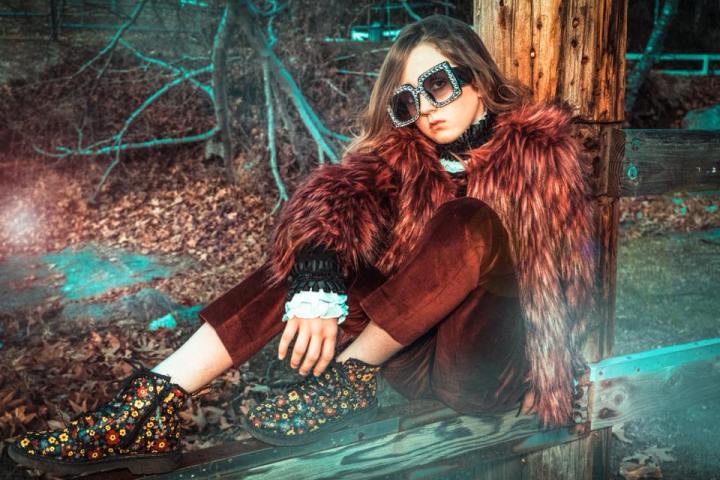 Can you tell us about filming your episode of Baskets?

Zach Galifianakis was really funny. We were filming in this rundown motel and holding was in one of the other motel rooms. Zach and I were waiting to film when he asked me my name and said he thought we were filming a scene together. I told him, “I know”. Then we talked about my brother and my dogs. Then I taught him how to dab! In our scene, we improvised some of my lines in lots of different ways. They would tell me to try it a few ways and I would also come up with my own. So I didn’t know which one they would pick until I got to see the episode. I was really excited when they picked one of my improvs!

Good Game was really fun too! It was another time that we really played with a few of my lines on set. Michele (Morrow) and Danny (Avidan) were very cool. It’s funny because I didn’t know who they were when I went to film my episode, but now I am a big fan of both of them as I have become a bigger gamer. Danny even posted a video of him and I doing my “explosion of the Death Star” fist bump to his Instagram when I was on set, which was way cool.

What first drew you to acting?

I was four when I got my agent. I was watching movies and said I want to do that. My family really loves movies too. I think it was something that just sort of came naturally. My mom and dad said I wasn’t shy and would talk to everyone. 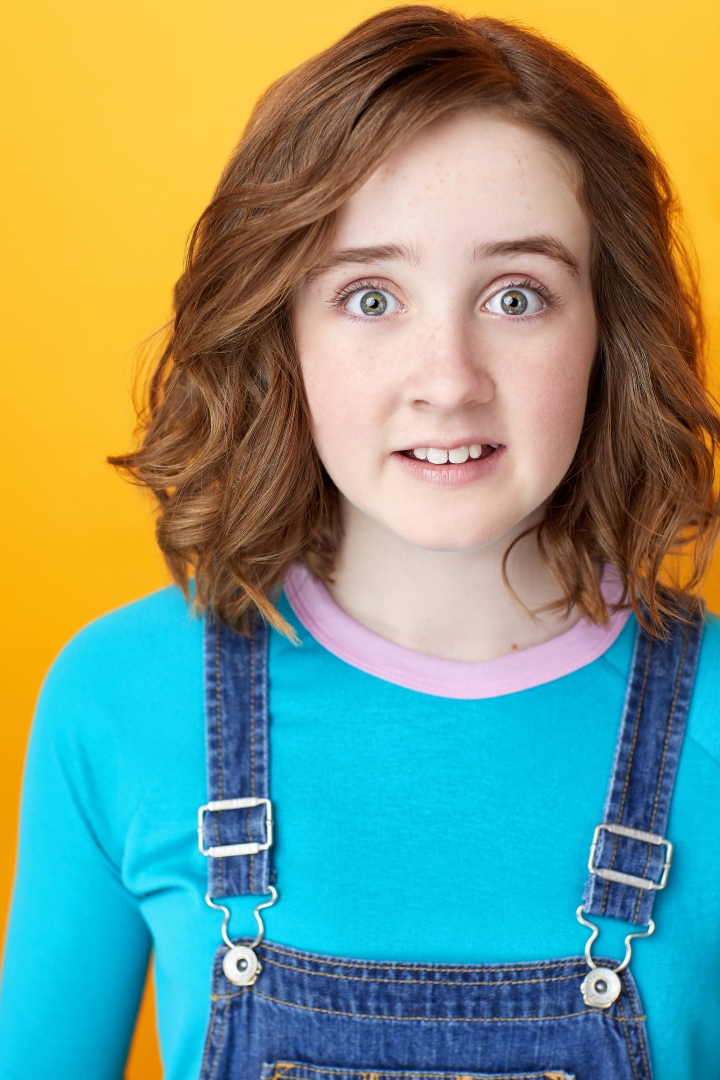 We understand you’re a drummer and singer, do you have plans to work in music?

I love drumming and singing. I have made up my own songs since I could talk. I have even played drums and sang at several different music venues. Music lets me express my emotions in another way. I think at some point I might start my own band, but not yet.

Do you have any acting plans for the next few months?

I shot a new commercial and I have a print campaign coming out in the near future. I also have something theatrical in the works.