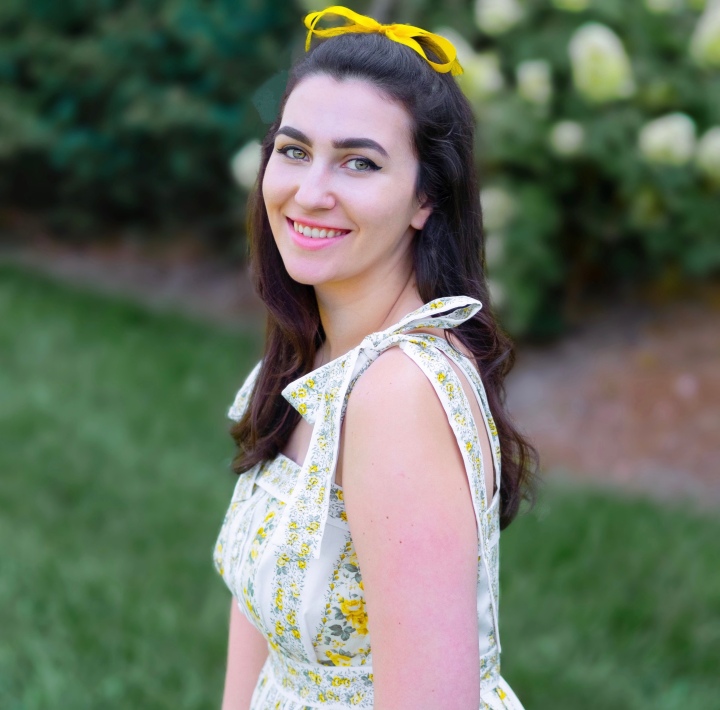 Singer-songwriter Elizabeth Gerardi has always enjoyed singing and has recently released her debut single Putting Up With Me, along with a lyric video. Elizabeth is a self-taught musician and can play many instruments including piano and guitar and is continuing her songwriting with hopes to release another single soon. Answering our questions, Elizabeth talks about her love of country music, her debut single and the first song she ever wrote.

Can you tell us about Putting Up With Me?

I wrote Putting Up With Me as a playful, yet honest love song about my relationship with my fiancé, Christian. I was thinking about all of the little things that he does on a daily basis that I probably don’t thank him enough for. He really does a lot just to make me happy, and I can certainly be a little high-maintenance at times. I wanted to write a song that put a little bit of humour into that, while also showing how much I appreciate him.

How long did it take to write and release?

I wrote Putting Up With Me back in February and started recording it in May. When I first wrote the song, I liked it a lot, but I wanted to perform it live, both out and for some friends, to see if it was well-received. It ended up being a favourite, so I decided to record it!

How did it feel releasing your debut single?

It was very exciting to finally release my own music! I felt a real sense of pride. It was certainly a long time coming, as I had spent a while writing and critiquing my songs. Releasing the song, that I had written completely on my own and felt quite happy with, was an accomplishment.

The response has been great! I’ve gotten a lot of really kind messages from people that love the catchy melody as well as the lyrics. I’ve been told it’s a relatable song to their personal relationships.

How did you go about teaching yourself to play musical instruments?

From a really young age, I knew I loved singing and really wanted to perform at open-mic nights and accompany myself. My dad had an old guitar in our basement that he never really learned to play, and when I was twelve years old, I asked him if I could try. He took me to a Guitar Center and bought me a book of chords, and from there, I just kept practicing! I also taught myself Ukulele and Piano later on. Ukulele is really easy to learn once you can play guitar and you’re used to chords and strumming.

Which artists did you grow up listening to?

I grew up listening to a lot of the classic country artists like Johnny Cash, but when I was around ten years old, I saw Carrie Underwood on American Idol and fell in love with her music. That led me to pursue listening to other artists in the genre such as Shania Twain, Taylor Swift and Miranda Lambert who were all big influences on me.

What do you enjoy about country music?

The more I listened to Country music, the more I loved it. The lyrics are truly the focus in the genre, and the way the words can paint a picture to evoke emotion is something I really gravitated to.

Do you remember when you started writing your own songs and what was the first you wrote?

I do! The first song I ever wrote was in the eighth grade, so I was either thirteen or fourteen years old. It was called Hanging On by a Thread. It was a super over-dramatic song about a guy from school that I liked at the time. Thinking back now, it just makes me laugh!

“Oh please don’t throw away everything we had,
I’m still hanging on by a thread”

Are you currently writing new songs?

Yes! I’m always writing and I’m hoping that something I write soon will jump out at me as something I’d like to record next!

What are your future release plans?

I’d like to record another single relatively soon! I’ve got a few songs that are in the running, but I’m going to keep writing for another month or two before I decide.