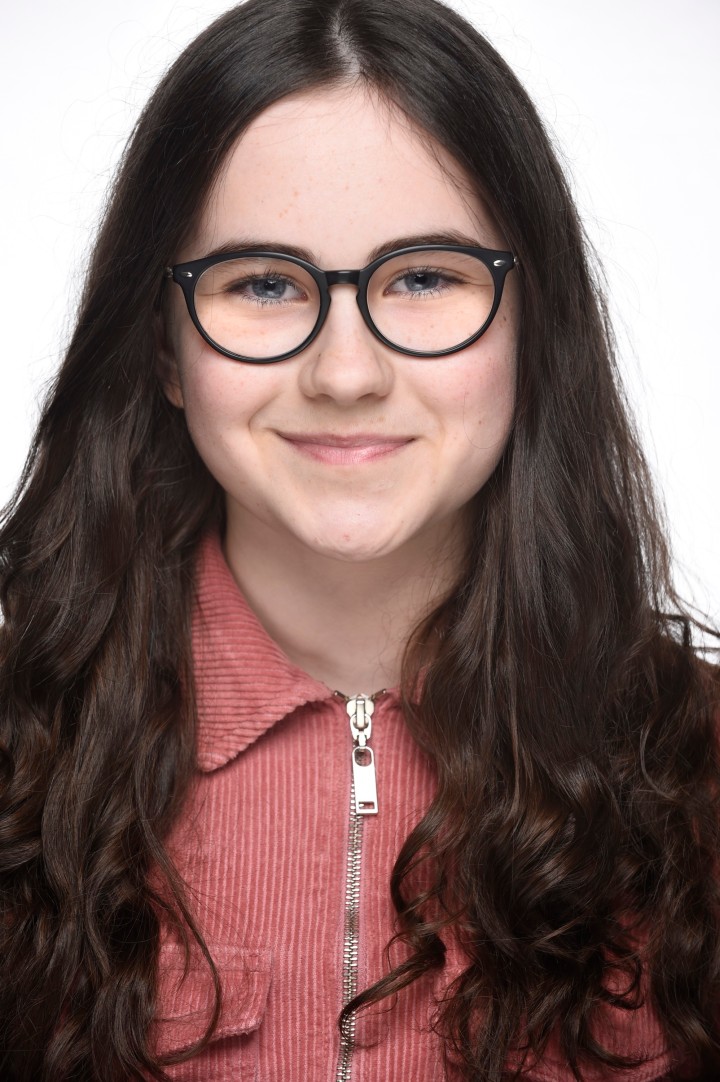 Singer-songwriter and actress Ivy Pratt has performed Open Mic at The Theatre Café, attends Brits Kids songwriting classes and this year, she competed on the third series of ITV’s The Voice Kids reaching the battle rounds for Team Danny. Ivy had her West End debut in Made in Dagenham at the Adelphi Theatre and has since appeared in shows such as School of Rock, The Sound of Music and got the chance to perform at the Kids of the West End event in 2017. As a regular uploader of covers on Twitter, Ivy filmed an acoustic rendition of Burn from Hamilton which proved very popular with the musical sharing it to their social media accounts. Speaking with Ivy, she says more about appearing on The Voice Kids with Danny Jones, performing at The Theatre Café and her roles in the West End.

How was it making your West End debut as Sharon O’Grady in Made in Dagenham at the Adelphi Theatre?

It was exhilarating! And it was different to what I imagined it would be, but it exceeded expectations… Being only eight years old and doing the show, as well as standby every week and having to balance it with school was tough – but so, so worth it. The show gave me so much great experience at such a young age, which I’m really grateful for.

How long were you playing this role and what was it like being part of the cast?

I played the role for six months, but from being cast to the end of the run was much longer as it was a new West End show, so there were months of rehearsals before opening night. That meant that I got to know the wonderful cast so well, and being a part of it was thrilling. They were so welcoming to the kids, as were the lovely chaperones. It felt as if I’d known them all my life. The cast were so talented and it was such a witty script with great songs. Even now it is so moving to hear them!

Can you tell us about your time in School of Rock and what Sophie was like to portray?

My time in School of Rock was for sure the most fun. There were so many kids (39 in total) and each and every one of them were amazing. Sophie wasn’t the biggest part, but she was very exciting to play. It was also my first job where I had to do an American accent, so that was a new thing for me. In addition, I got to perform at the Oliviers, West End Live and Comic Relief!

What did you enjoy most about appearing in A Christmas Carol at the Lyceum Theatre?

Although A Christmas Carol was just a short seasonal run, I learned so much in that short time. And I got to do the show with two of my friends, Aaron Gelkoff (who I met at Kids of the West End) and Sylvie Erskine, who I met at a Les Mis audition in 2014. We then got to play sisters in The Sound Of Music when we were cast together the following year. I also got to sing and act alongside the London Musical Theatre Orchestra, which was phenomenal, and once again got to share a stage with the amazing Sophie-Louise Dann from Made In Dagenham. Getting to perform in the Lyceum Theatre was such a buzz because it was huge and the houses were full!

What was it like touring with The Sound of Music and playing Brigitta?

Playing Brigitta was absolutely awesome, and was my favourite job ever. I absolutely loved touring! Not only was it a great role, but I got to travel the whole of the UK (and go on a plane for the first time). I also got to perform in a different theatre every single week which was so fresh and new that I never got tired of it. The cast were all great to work with. It was fun playing siblings. It meant getting to miss school, but you don’t get off that easy! I had to be tutored, but luckily, they were so nice and easy to work with that it almost didn’t feel like school to me. 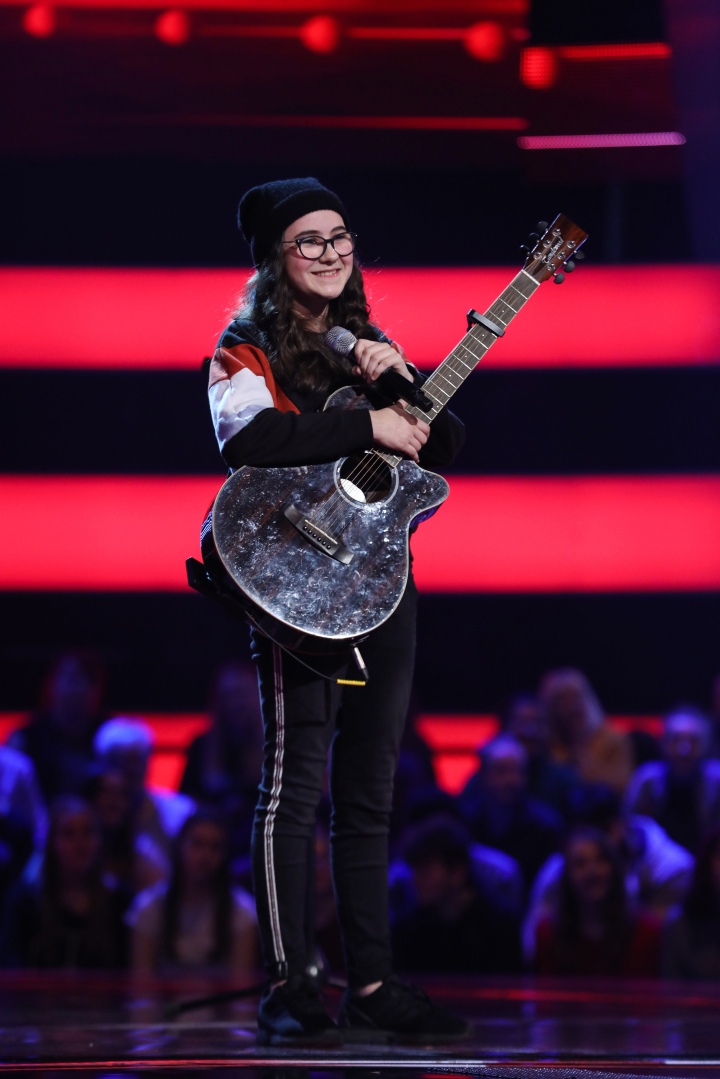 You performed at Kids of the West End, what was the experience like and have you done other similar events?

Kids of the West End was very different to any of my other jobs as I already knew tons of the cast, so it was very easy to fit in with the group. I’m not usually the biggest Christmas fan, but doing Kids of the West End made me change my mind about it. Getting to tell such a sweet and beautiful story made me realise that there is so much more to Christmas than I thought. It’s about love and celebrating it with the people you love most.

How did you get into musical theatre and what shows have you seen recently?

I got into musical theatre from a very young age, finding videos on YouTube and instantly being mesmerised by the raw talent on the screen. At every primary school talent show, I would do a musical theatre piece.

Recently, I’ve been to see Everybody’s Talking About Jamie. It was so uplifting and showed me that you should be who you want to be, not who everyone tells you to be. I also went to Heathers the Musical at the Theatre Royal Haymarket, and since then it has become my all-time favourite musical, due to the impeccable score and the cast’s amazing portrayals of every character. Oh, and I already have my tickets for Dear Evan Hansen when it comes to the West End – can’t wait!

Do you remember the first theatre show you watched?

The first theatre show I ever saw was Matilda the Musical with my mum and my older sister, and I knew from then on that I had to be a part of it! Another memorable show I watched, when I was seven, was The Sound of Music at Regent’s Park Open Air Theatre. It was a magical moment when Maria (Charlotte Wakefield) walked through the audience singing the title song in the opening scene. Also, up until then I didn’t know anything about the musical, and thought it was literally a show about the sounds of music! (Lol).

How did it feel having all the judges turn on The Voice Kids and what encouraged you to go with Danny Jones?

I was definitely not expecting all the judges to turn for me, and when they did I was screaming inside. I was aching to get at least one turn, as the audition process and rehearsals had been such a big part of my life and it had all led up to that moment. I decided to go with Danny because he was the first to turn and I could see that he wanted me on the team the most. He also said that the song I sang for the blind audition (NSYNC’s Bye Bye Bye) was the first song he ever learnt with his band, and I thought that that was really special.

How have you found the experience on the show and what’s the response been like on social media to your blind audition?

My experience on The Voice was such a rollercoaster, and the amount of work that is put into these shows is staggering. However, all the crew were so welcoming, and when I met the rest of team for the first time it felt like one huge family. We all grew close and went out for a couple of Team Danny dinners! The response to the blind audition was more than I could have asked for, and I have also had people DMing me with lovely messages. It was lovely that School of Rock supported me on their social media too.

We understand you busk, where do you normally do this and what do you enjoy about it?

I normally busk on the weekends by my local shopping centre and the feedback has been amazing. There are often people who will sit on a nearby bench to stop and listen to me sing, and to think that they will take time out of their day to hear me sing a song or two makes me so happy. I busk because I like to see people’s reactions when they realise what song I’m singing, as I sometimes put my own twist on them so that they are not immediately recognisable. I also busk because I love to perform and it’s just great practise, and as I’m usually singing musical theatre songs, it’s nice to take a break and sing something a bit more commercial.

Can you say about attending Brit Kids songwriting classes?

As I enjoy writing songs I thought why not enhance my skills and learn something whilst doing it. So, I started the Brit Kids songwriting lessons earlier this year and it’s been brilliant so far. You can tell that everybody in the room is willing to learn something, and when you merge that energy together, it creates magic. When I told them I was going to be on The Voice, they couldn’t have been more proud of me, and everybody is so supportive of each other. At the weekend, we performed our group song End Game (inspired by Marvel Avengers) at the Brit Kids exhibition, and I also performed a couple of my own songs.

You did an acoustic cover of Burn from Hamilton and the musical tweeted about it, how did this feel?

When my mum posted a video of me singing a cover of Burn from Hamilton on her Twitter, I didn’t think anything of it. In fact, it was just loading around on my mum’s account for a few weeks before it caught the attention of Hamilton Broadway and they reposted it with great comments on all their socials! I was with my School Of Rock friends Presley (Charman) and Natasha (Raphael) when it happened, having just seen Pres in The Iron Woman at The Other Palace. Tash said to me, “Hamilton have just posted you on their Instagram!”. I didn’t believe it at first, but when I saw it with my own eyes I was jumping around, we all were – it was such a great moment! The comments were from people all over the world and it was so uplifting. I’m very proud of it!

You’ve previously done Open Mic at The Theatre Café, do you have plans to return for Open Mic at the new venue?

I will be performing at the new Theatre Café for sure! I love the memorabilia that they have and I’ve heard that the cafe is bigger than before so I will be able to sing to a larger crowd, which is always a plus! I’d love to go in the summer holidays with some friends from school.

What are your acting and music plans for the coming months?

Musically, I would like to experiment with music production, and also improve my guitar skills. Acting-wise, I would love the chance of a TV role, or to do another big ad – they are always fun!