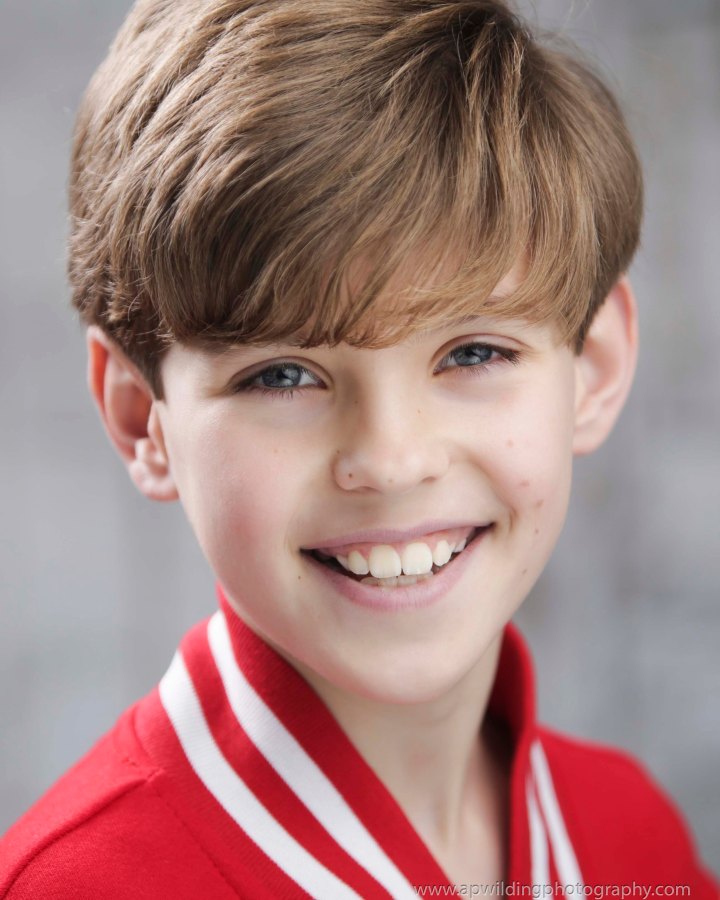 Currently, Regan Garcia can be seen at Ambassadors Theatre in The Secret Diary of Adrian Mole the Musical sharing the role of Nigel in the West End transfer of the production. Previous stage roles for Regan have included the Mary Poppins UK Tour, Matilda in the West End and last year’s run of the play A Very Very Very Dark Matter and he also has modelling, dance and screen experience. Recently chatting with us, Regan talks about his musical stage roles, his first time acting in a play and his new casting in Adrian Mole the Musical.

What did you know about The Secret Diary of Adrian Mole the Musical before getting the script?

I actually didn’t know very much! I remember my mum was trying to explain it, badly!! I understood that the main character, Adrian, was a little bit nerdy and that he loves a girl called Pandora, but didn’t know who Pandora was. And I started to understand from each recall that Nigel was not only Adrian’s best friend, but the comedy character, so I was looking forward to seeing what else Nigel was going to do in the show!

Do you remember how you felt finding out you’d booked the role of Nigel and can you describe the character in five words?

I have the ‘name boards’ (the cast list board when you go into the theatre) on my door from Mary Poppins and Matilda and when I came home one night my mum followed me upstairs and as I walked past my room I saw a printed piece of paper with my name on and ‘Nigel’ underneath. My mum said, ‘Hang on, did you see that on your door?’ I turned around and said excitedly, ‘Is this a joke? Did I really get it?’. As she was saying yes, I just remember jumping and shouting with excitement! I was just so happy I ended up getting a bit emotional! Luckily, my brother recorded the whole thing so he can keep reminding me of my emotional state! But it’s definitely the most thrilled I’ve ever been about being offered a part.

What was it like meeting the rest of the cast for the first time?

Amazing! I have worked with some of the other cast members before, as we were in Matilda at the same time and Molly has worked with my sister before, so it has been brilliant seeing them again. One of the great things about this industry is the amount of people you get to meet who have the same passion as you. It’s always great to meet new kids who are insanely talented, you are always learning from other people. We all work really hard but have so much fun doing so.

What are you finding the most fun part about rehearsing for this role?

I’m enjoying rehearsing for Misunderstood and the Nativity scene, they’re definitely the best parts of the show! As I said before, Nigel is the comedic role, so for me, it’s just trying to play the character as a ‘cool dude’, but in a funny way. But it doesn’t feel like I’m doing a job, for me, I’m just doing something I love.

What are you excited about for performing on your opening night?

I’m looking forward to performing and being on stage again! As I’m playing Nigel, I’m really looking forward to hopefully making people laugh and just entertaining the audience. It’s nice when you hear that people enjoyed a show and knowing that you were a little part of that. I actually get really nervous on my first few shows so I am just hoping everything goes well!

Do you have a favourite part of the script you like performing?

My favourite part is when I’m playing the postman! I have to speak in an exaggerated deep voice and pretend to act like an adult. There is also a little joke as to why the postman is so small, but it’s just funny to me when I’m putting on this deep voice!

When did you know you wanted to get into acting and what do you remember from your first role?

I was taking lessons in drama and dance with my sister and we joined a children’s agency that submitted you for various different things. I filmed a TV advert and did some modelling and thought it was fun. Then I had an audition for a stage role, I was about eight. I made it through the first round, but not the second. I remember feeling really upset on the way home and I realised how much I wanted to do this. Even though I tried my best at the audition, after that I knew that at the next audition, I had to try even harder. My first role was Michael Banks and the thing I remember most is all the theatre magic!

What was it like playing Walter in A Very Very Very Dark Matter and was this your first time acting in a play?

This was my first stage play. I was a little nervous before the first rehearsal as some of the actors are really well-known. But, anyone who got to see the show would know I had some really interesting, naughty lines! Not the kind I could practice on the train…! Working with Jim Broadbent, Phil Daniels and Elizabeth Berrington was a massive learning experience. Being on the same stage as these actors has been such an inspiration. 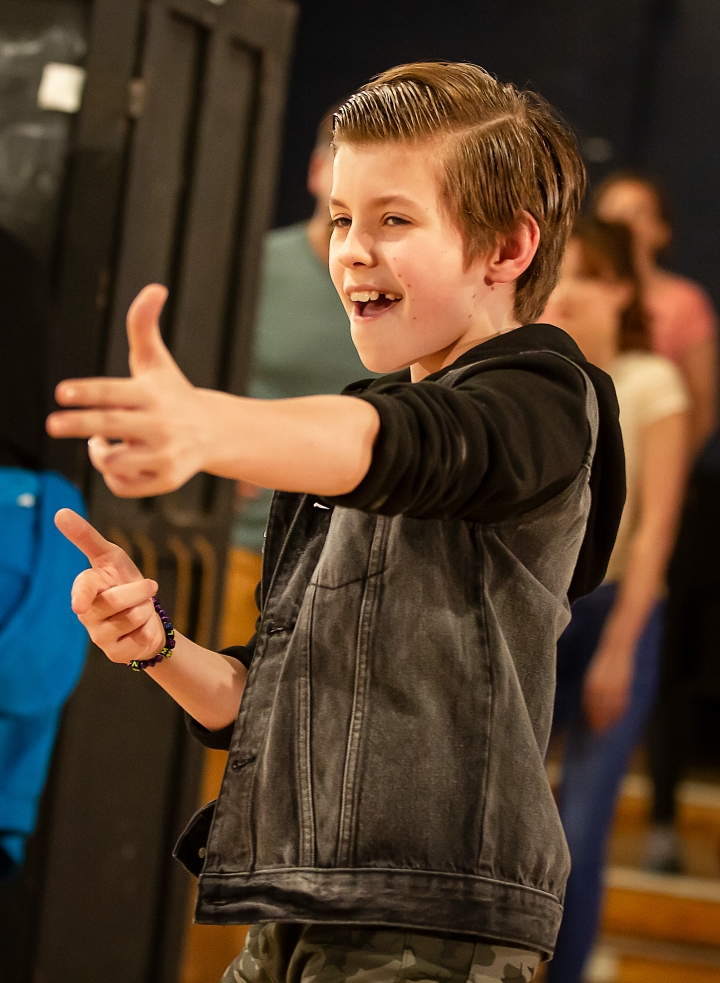 What was the experience like in Matilda the Musical as Eric?

Playing Eric in Matilda the Musical was fun as Eric was the small one, so Miss Trunchbull was always picking on him! I got dragged across PE mats by one leg during the Phys Ed scene, I got (fake) ears pulled so they really, really stretched and got lifted out of Miss Trunchbull’s way by the adult dancers. I also loved being on the swing in When I Grow Up, it’s such a well-known part of the show and the song is quite emotional. The dancing in Matilda was brilliant, I love dancing and Revolting Children was definitely my favourite routine. The lyrics to the songs are incredible too, really catchy and so fun to learn and we still listen to them in the car now!

What can you say about your time on tour as Michael Banks in Mary Poppins?

Michael Banks was my first professional stage role. It was an amazing first role to get, I was only just nine when I was offered the part and I’m not sure I understood at the time what a big thing it was, although when I received the script I soon learnt!! It was a big role and Michael and Jane were on stage a lot. I really didn’t mind being away from home either, even though I missed everyone, it was fun going to different places. I liked staying in the hotels and being able to have a sausage sandwich for breakfast every day, I love sausages! The chaperones would take us to fun museums and castles and in Cardiff we went to the Doctor Who exhibition which had some really cool stuff in that we could play with. We went to the beach in Plymouth and Southampton and also went crabbing, which I’d never done before.

What do you enjoy about screen and stage work?

Stage work is very different to screen. With stage work, emotions have to be exaggerated to ensure the entire audience is aware of what is happening. I enjoy stage acting because you can see the audience faces, their reaction to what you’re doing is immediate. I have more experience with stage work at the moment so this is what I am more comfortable with. With screen, the camera is usually fairly close so there is no need to exaggerate your feelings. This is actually much harder to do, sometimes you feel like you’re not acting to the best of your ability – you are just saying lines. I do enjoy screen work though as it can be a little less pressurised, if you do anything wrong you can do it again, whereas, on stage, you can’t!

Apart from acting, what do you enjoy doing?

I love dancing and playing football. I played football from the age of four until I was eight, when I had to give up playing with my team. I had started a new performing arts school in London which was on a Sunday – at the same time as the football matches. I had to make a choice – and I chose the performing arts school. I love dancing, I try to take as many classes as I can. I go to a local dance school where I’ve been going since I was five and I do ballet, tap and modern on a Monday and Thursday. On Friday evenings, it’s competition team choreography and Saturday it’s training in all styles of dance with my London dance company, Spirit Young Dance Company. I also go to Sylvia Young Theatre School where I train in dance, drama and singing two days per week, I love the jazz classes there! My favourite style of dance is contemporary, but I also love jazz and commercial! During half terms, if we don’t have a competition, I try to take classes at Pineapple. I love the Tumbling for Dancers class, and it’s where I learnt to do most of my acro. Adam, the teacher, is brilliant! I would also love to play the drums but my mum has, so far, said no. But I’ve just joined a band at school and am hoping to get the drums so I can at least learn at school.