Earlier this year, BBC launched new TV series The Greatest Dancer which saw duo James & Oliver reach the live final of the competition after taking part in a different dance challenge each week. Whilst on the show, the Hatfield-based dancers performed alongside their captain, Matthew Morrison and have recently attended events such as MOVE IT at London’s Excel. Meeting up with us, James & Oliver talk about their experience on the show, performing on live TV and their future dance plans.

How and when did you start performing together, and have you had other dance partners?

James – We’ve been in the same class for four years but as a duo we’ve been dancing for two years. Before that I had a different dance partner.

Oliver – I had another duo partner as well.

What was the experience like on The Greatest Dancer?

James – The experience was amazing. It was a once in a lifetime opportunity that we’re amazed at and we’re grateful that we were chosen to go that far. 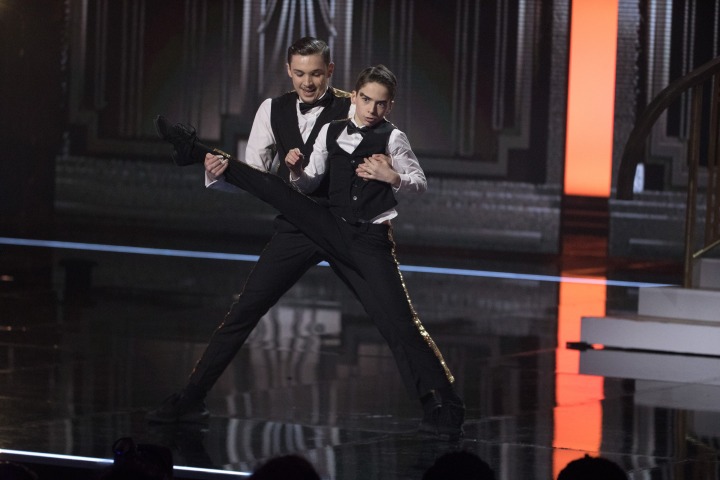 How did it feel waiting to see if the mirrors would open at your audition?

Oliver – It was intense!

James – It was surprising because we were in the midst of a pirouette, so one minute we were turning and the mirror was there and then it was open and we saw all these people. We didn’t know that the dance captains were going to be there either.

Oliver – It was a shock!

What was it like working and performing with Matthew Morrison and how much rehearsal time did you get with him before each live show?

Oliver – He’s helped us with our acting skills as well. He’s been a really good support.

Which of your performances did you enjoy the most?

Oliver – I loved all of them but I think I enjoyed the staircase the most as it was fun and upbeat.

James – My favourite was Les Misérables because it pushed me the most and I think I got the most out of that routine.

How did it feel making the final and what was the response like from your hometown to your time on the show?

James – For us, we were just taking it week by week, we didn’t really expect to make it through. We wanted to get through, of course, but we thought let’s just do it week by week and then we’ll see what happens. People in our hometown have been absolutely lovely. They’ve come up to us and been like, ‘you’re the two from the TV!’. Some people put up banners for us around Hatfield.

Oliver – Yeah, the support was amazing.

What’s it like performing on a live TV show and how do you stay focused?

James – I don’t know if I stayed focused, hahaha! It is a good experience and you have to stay in the zone.

Oliver – Yeah, it is hard to stay in the zone because it’s on live TV – you’re nervous and you’re really excited. I think I stayed focused but I don’t really know how. It was amazing to perform on live TV.

Out of the other contestants, who did you spend the most time with?

James – I don’t know, probably Frobacks and Prospects, they were really nice and really welcoming, so we spent most of our time with them. Oliver has his little friend.

Oliver – My friend, he’s Tafari from Prospects and I spent most of my time with him, messing around.

How do you think appearing on the show will benefit your careers?

James – I think appearing on the show has given us a boost and a name for ourselves so that we can push ourselves more out there.

Oliver – Yeah, I think it’s a good platform for our career because then we can go onto dancing colleges or university and get some jobs out of it. It was amazing.

Would you consider auditioning for other TV talent contests?

James – As much as it was very good… no, hahaha! I’ve got to be honest, well never say never, it was a lot of work but we enjoyed it. I’m not saying no because it was bad, I’m saying no because we’ve done it now and if I did do another reality show then I would like to learn a skill that I can’t do out of it.

Oliver – Yeah and it was stressful and tiring. Very, very tiring. 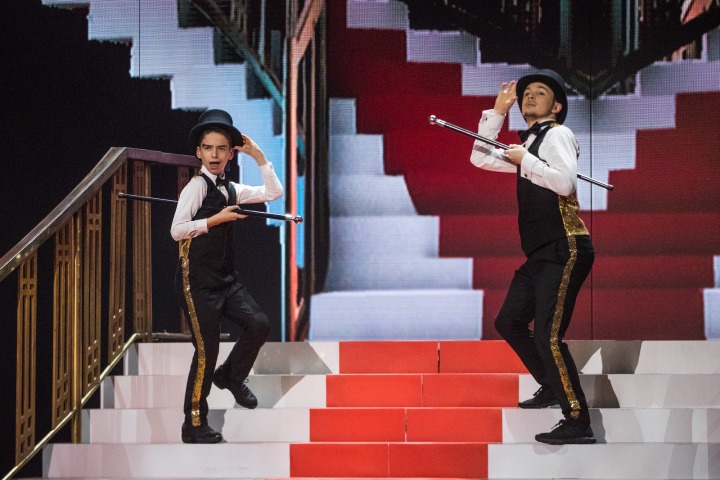 What is your dance training for a typical week?

James – Pretty much every day.

What style of dance do you enjoy performing the most?

Oliver – I love performing all dance styles, I don’t know why, I just love dancing in general.

Do you have any interests other than dance?

James – All the arts, I quite like photography and music. I haven’t really tried to go in any other directions at this minute in time, I’m trying to focus on dance and get good at that and then I’m going to venture out from there and see what I can do with that.

Oliver – I like music, architecture and building stuff. I’m the same as James, just focusing on dance.

What are your dance plans for the next few months?

We had a competition the day after the finals, which was crazy and we were one of the Headline Acts for MOVE IT, the biggest dance convention at Excel.

We have also been asked to perform at various events, judges for competitions and will be auditioning for new projects too.