Sean and Conor Price could previously be seen busking before appearing on The X Factor 2017, where they became popular amongst fans of the show. Since their TV appearance, the Price brothers are due to head out on a tour of Ireland starting later this month. Having already released two singles, Be Like You and most recently Get Lost, both of which debuted at number one in the Irish iTunes Charts, they are set to release their new music video for their latest single this week. Taking time out to answer our questions, Sean and Conor tell us more about the upcoming tour, their single releases and music plans for the rest of the year.

How was your experience on The X Factor?

It was the best time of our lives. Everybody was so supportive of each other and we have made friends for life.

Where did you stay during the live shows, as we know you weren’t able to stay at the house?

Conor was fifteen so we had an apartment near Camden Town. We stayed there with our Mam and Dad who were there for the Live Shows.

What was the reaction from your hometown when you returned?

When we came back home to Blessington it was incredible. We live in a small town and everyone must have been there. We got a police escort into the village. It was a great feeling to have all this support from people who we know and grew up with. https://www.facebook.com/SeanandConorPrice/videos/704507606411554/

How are the rehearsals going for your tour?

The tour is going to be really special. We had rehearsals last weekend and the production is amazing. We have a lot of new material. Most venues are fully booked now, it’s going to be incredible. We have exams starting on Wednesday 6th until 21st June. Then two days after school’s out, we are on tour. Living the dream.

How long have you known Josh Gray, are you excited to take him on tour and is he supporting on all dates?

Josh is also from Blessington. We have always known him as we are from the same village. Josh is brilliant and experienced from his days with HomeTown. We are looking forward to having Josh on tour with us.

Are you visiting any towns you haven’t performed at previously?

We have nine shows planned at the moment – Limerick, two in Dublin, Drogheda, Castlebar, Wexford, Killarney, Derry and Belfast. All the venues are theatres and hold between 900 – 2000 people. We have just finished The X Factor arena tour, which was incredible. This tour is our own headline tour and brings us around Ireland to meet our fans who have been so supportive. We haven’t performed at any of these venues before so it will be exciting.

Do you have plans for a full UK tour?

Yes. We hope to add UK venues onto the tour soon. We would love to perform in the UK hopefully sooner than later. We may be making an announcement very soon about this.

Will people be able to get merchandise on the tour?

Our merchandise will be available at every venue and it’s also available on www.seanandconorpricemusic.com.

Will you be debuting any unheard music through your set?

Yes. We have an EP coming out soon and there will be some songs from the EP on the tour. We have been working very hard in the studio with new music and where better to launch it than our own tour.

How different was it releasing your debut single Be Like You to your newly released Get Lost?

It was incredible releasing our own music and both singles went to number one in the Irish iTunes charts immediately. Be Like You was our first single and will always be special and Get Lost has gotten a fantastic reaction. Both are getting radio airplay which is great. 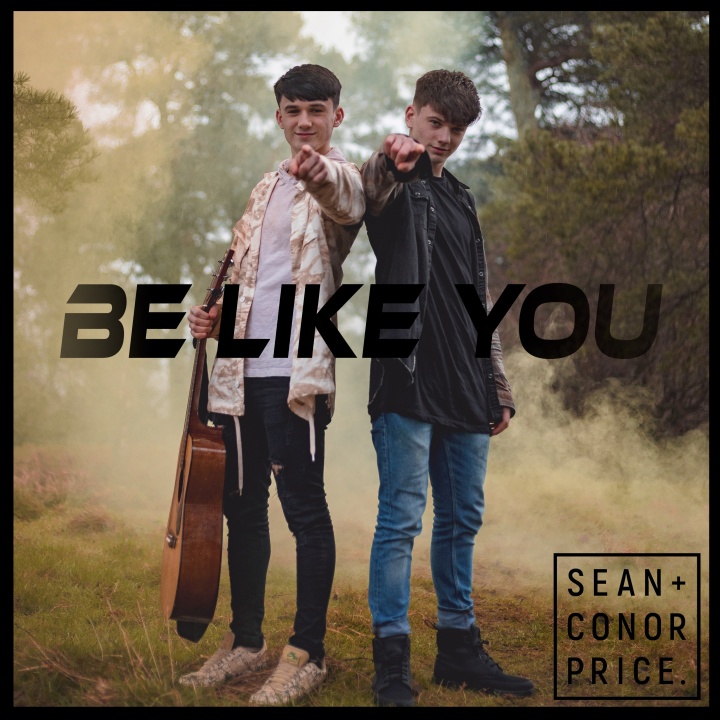 We have had a very supportive response from media, radio and fans. We are in school from Monday to Friday but we take every Friday off to visit radio and TV stations and do interviews and perform live. The response is really encouraging.

What are your plans for filming a music video?

We have released a video for Be Like You https://www.youtube.com/watch?v=eZ0zpu7javc&feature=youtu.be. We also have a new video for Get Lost coming out on 15th June, so not long to wait. We work with a guy called Sam Fallover and he is incredible to work with on videos.

How long have the singles been in the making?

We have been recording in the studio a lot since The X Factor tour. Sometimes it’s hard mixing school and studio sessions, but we seem to manage. It normally takes five or six days per single in the studio before it gets mastered. We are always very organised going into studio and we have been working with a great producer Larry Hogan. We have a lot more music coming soon.

Who designed the Get Lost single cover?

It was our idea and we work with a great Graphic Designer called Megan Howard.

Where did the inspiration come from for this song?

Get Lost lyrically is light-hearted. We are both young lads with not much experience of love and haven’t been told to Get Lost yet. It’s hard to explain where inspiration comes from, sometimes it’s just there.

How is it seeing your song at number one in the Irish iTunes charts?

It’s the best feeling you could imagine. Waking up in the morning and seeing your song at number one is pretty good for a sixteen and eighteen year old.

Do you write your music together?

Yes, sometimes together and sometimes separately. We live in the same house which makes thing very easy. We practice every day, we write every day, it’s just part of our lives.

Do you have songs already written that haven’t been released yet, if so, how do you choose which will be your next single?

Yes, we have quite a few songs written and recorded. I suppose we talk about what we want, what we like and what we feel sounds right at the time.

Are you both into the same genres of music?

Strangely enough, yes we are, although Sean probably has more interest in rap. Hudson Taylor are probably our favourites. 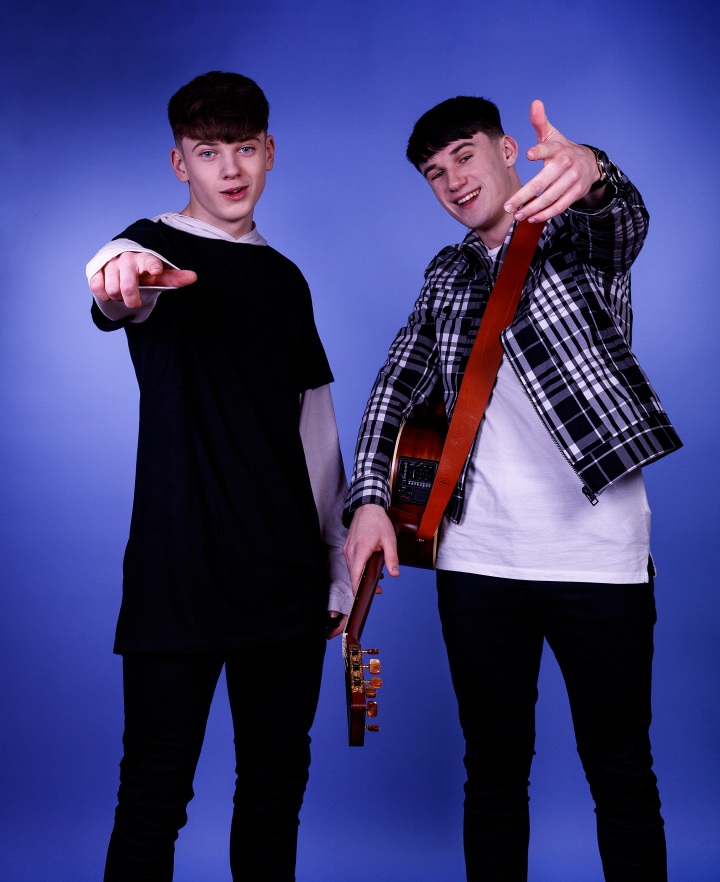 What advice would you give young people going on The X Factor or starting a music career?

The X Factor is a great experience. Go and embrace it. Be yourself and have fun. We were busking in Dublin twelve months ago, now we are on our own headline tour with two number one singles.

What other music plans do you have for this year?

The summer will be busy with our tour, in Autumn we will release our EP and look forward to doing some gigs in the UK.