After appearing in 2017’s The Halcyon on ITV, Bella Padden will once again be on our screens in the 2018 BBC drama series Bodyguard as Ella Budd alongside Richard Madden and Keeley Hawes. Bella had the opportunity to give dating advice to Idris Elba for Valentine’s Day last year and has also starred as the main role in US short release Space Girls. Answering our questions recently, Bella tells us about her two new productions, filming for The Halcyon and her summer plans.

How did you get into acting and do you come from an entertainment background?

I’m not from an entertainment background but I got into acting through my dance teacher, Keeley. She told me I should apply to the agency I am with.

What was it like giving dating advice to Idris Elba?

It was kind of awkward at first, but then I got used to it. Turned out to be a really fun day and there were lots of us there.

Can you tell us about your character Dora in The Halcyon?

So, my dad was away fighting so it was just me, mum and brother Billy, who I was really close to. Dora was really cheeky and fun – I loved playing her.

Who did you spend the most time with on set?

My brother Billy, who was played by Ewan Mitchell.

Seven days spread over a while… I think!

Did you watch it when it was shown on TV?

Yes I did – I loved all the bombs! It wasn’t as weird as I thought it would be when I saw myself on screen either which I though was kinda cool too.

Can you tell us about the award-nominated short film Space Girls?

Four best friends who are just CRAZY about space and space missions. Then my little brother gets involved too, even though I don’t want him to get him involved.

Are you able to tell us anything about your character Ella Budd in the TV series Bodyguard?

My dad in it is a policeman played by Richard Madden – there’s lots of action related to terrorists and it’s very exciting!

What was it like acting alongside the rest of the cast?

We got on really well! We chilled out a lot and it was so cool working with them. My mum and agent loved the fact I got to work with Richard!

Where did you film your role?

What was it like filming a cinematic VR short film (Kinch & the Double World)? 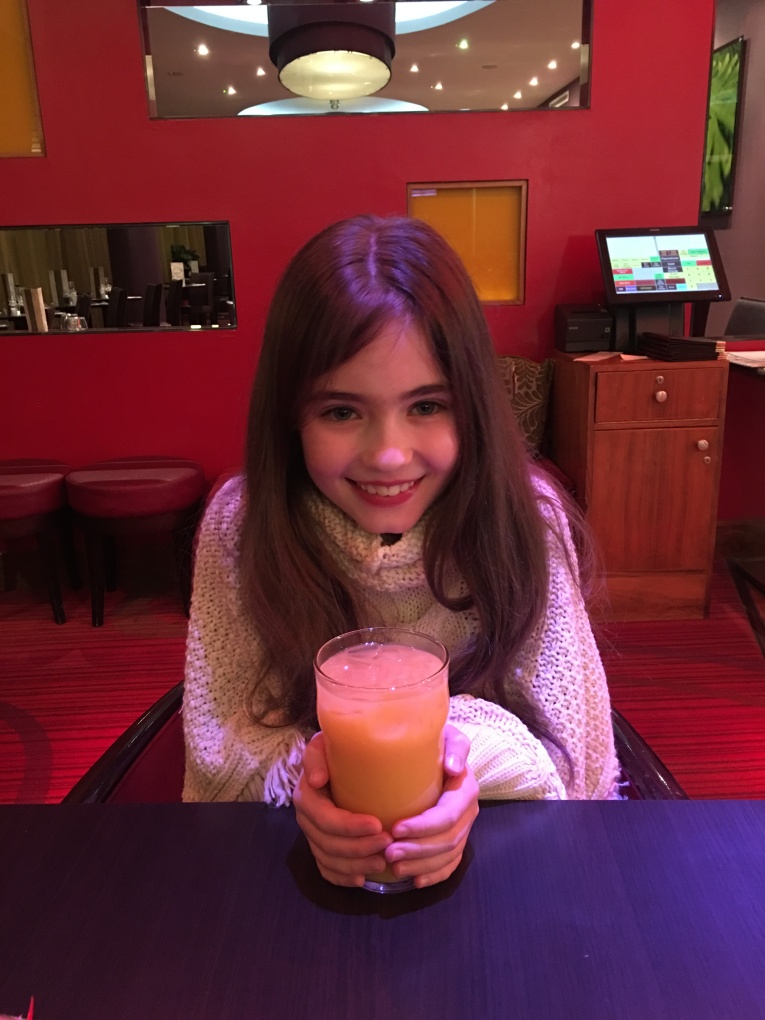 Have you attended any film festivals?

No, but hopefully soon!

How did you find filming as young Talon in the TV series The Outpost?

It’s my favourite thing I’ve ever done, I got to cry a lot which I LOVE to do on screen. We were outside a lot and it was so cold!

Is there anything you can tell us about the production?

Everyone on set was American, and I think it’s going to be really cool! Quite scary!

What are your plans for summer?

I am on holiday for three weeks and going to Spain and France. Hopefully also filming some more projects!

Do you have any roles you’re filming soon?