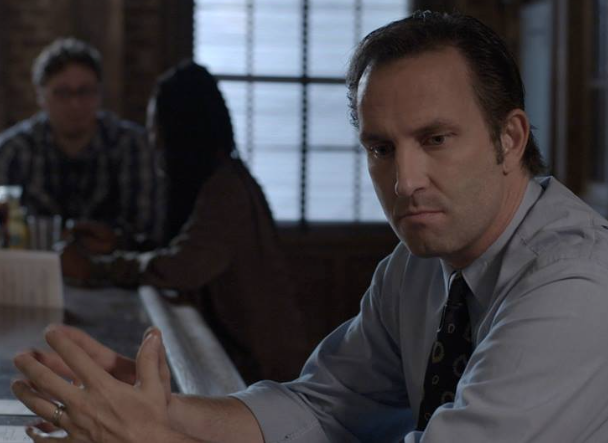 Having appeared in many screen roles including TV series Fear the Walking Dead: Flight 462, Kevin Sizemore has more recently appeared as Sean in The Work Wife released earlier this year in the USA. Kevin has had the opportunity to work alongside his son Gunnar multiple times, with the next production Distinction being available in 2019. Catching up recently, we talk to Kevin about working alongside his son, new production The Work Wife and one of his early auditions.

Can you tell us about The Work Wife?

The Work Wife is a story about a man, Sean, who is happily married but has come on hard times. His wife Lisa, played by Elisabeth Harnois (CSI) recently had a miscarriage and during that time he lost his job. They both know that life will get better, but it’s not until Sean gets the job of his dreams that some stress is released from the two of them. Little did Sean know that the workplace he’s stepping into is one where there are many innuendoes and issues that make him uncomfortable. What’s sad is that it’s much like many work places that women have to go through, but this time the roles are reversed. When he gets assigned his “WORK WIFE”, Jen, who’s played by Cerina Vincent (Stuck In The Middle – Cabin Fever), makes it her mission to have Sean for herself and try to destroy his relationship so she can officially become “The Work Wife.”

What can you tell us about your character, Sean?

Sean is a typical guy who is doing everything he can to provide for his family. Seeing his inner struggle when he gets a new job was interesting. You don’t often see the roles reversed where the man is treated in a way that unfortunately some women have to battle against at their jobs. I thought that was an interesting twist and would be a fun one to explore.

Your thirteen-year-old son Gunnar Sizemore is also in the industry on shows like Cartoon Network’s “Craig of the Creek” and “Ben 10” and previously on the TV series “Nashville”. How was it working with him on Distinction?

Are you kidding me? AWESOME! Just to be in the same town at the same time along with my wife and his mom was the best. We’re such a tight knit family and this was icing on the cake. Distinction is a film where I play a father who loses his eldest son to an accident and from that point forward, I almost become an absentee father to my other two children, played by my son Gunnar and Rose Reid. Distinction will be out in early 2019. He and I did another film that premieres May 23rd in Scandinavia and in Japan in July called “Intensive Care’ where I’m actually the bad guy and trying to remove his character “the paperboy” from the equation so I can do my job!

Do you have more plans to work with him again anytime soon?

Any chance I get, as long as it’s the right opportunity and the script is solid. I don’t want to put him or I in a situation where the story suffers or we are cast alongside one another just because.

Do you have a date for when work starts on the sci-fi production The7?

We are planning on starting production in July of this year. It’s such a wonderful script and being able to put seven people inside of one location and tell their story is going to be a blast.

Since you’re directing and producing, will you be involved in the casting?

100%. Most of the film is already cast and that’s the exciting part. I love being able to put the pieces of the puzzle together and then go tell a story. GREAT and AWKWARD at the same time. I’m a huge advocate for trying to win BEST FILM! That means everyone gets recognised and you’re not just singled out. The times I’ve won individual awards were fantastic, but at the same time I just know how many people who work on both sides of the camera not getting recognised and that is the part I don’t like.

What’s been the most unique place you’ve filmed for a role?

I did a commercial in Barcelona, Spain in 2004 for about a week. I really didn’t get to enjoy the area because in the evenings after dinner I would walk the streets until 1am trying to learn the dialogue for a play I was doing back in the states.

Did you always want to get into screen work?

Yes. I can remember as far back as the “Top Gun” movies and so many more that influenced me. Coming from a small town in West Virginia, I never in my wildest dreams thought I’d be permanently living in Los Angeles doing what I love to do and on top of that, be married to the women of my dreams and us be raising our son that we adore. 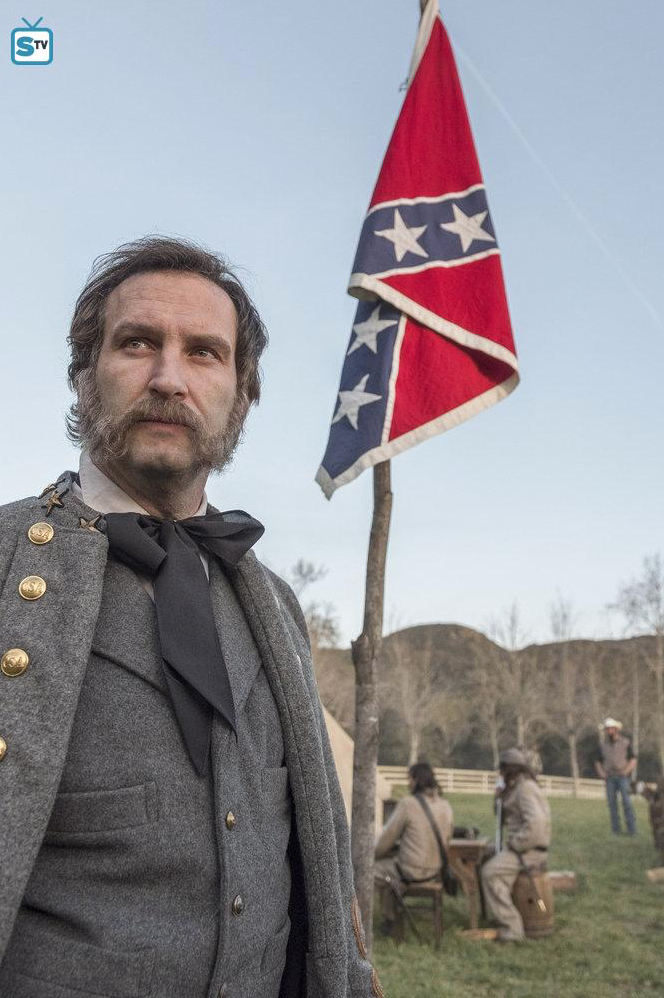 Can you remember the experience from the first audition you went for?

That’s a hard one! One that sticks out was when I lived in South Carolina and drove six hours to Wilmington, North Carolina to audition for a show called “Matlock” starring Andy Griffith and the casting directors were the Fincannons. I ended up staying overnight in the back of my truck in a field because I didn’t have the money to get a hotel. But I can tell you, filming that small role alongside Andy Griffith was all worth it and over the years, I’ve been fortunate to be cast multiple times by the Fincannons.

What projects are you currently working on?

I start the film “Ticket to Nashville” next month playing the father of a small-town boy who wants to move to Nashville to become a star.