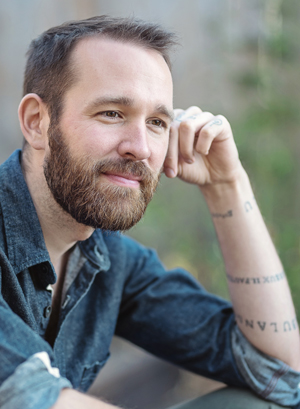 Wanting to know more about the Warm Bodies series, we catch up with author Isaac Marion to find out all about the characters and how he’s hoping the final book in the series, THE LIVING, will be released sometime this year. Chatting to us, we discover how he thought the film differed to his book, how he would pitch the series and his determination to get the final book published.

Can you tell us about the Warm Bodies series?

It’s the story of a dead man finding his way back to life, a monster recovering his humanity. It’s about lonely, broken people finding each other and working together to revive a dead world. Or if you’ve got to keep things light… a zombie love story.

Could people read each individual book without reading the others?

The second book, THE NEW HUNGER, is a prequel, so it’s possible to skip ahead to THE BURNING WORLD without knowing that backstory. But other than that, each book is a chapter in a continuous story so I can’t think why someone would want to start in the middle.

Can you give a short bio of the main characters?

R: a recovering zombie with a forgotten past even worse than cannibalism.

Julie: a fiery young woman with high ideals for a future beyond the apocalypse. She’s the spark that triggers R’s transformation, but she has a dark past of her own that is coming back to haunt her.

Nora: Julie’s older, wiser friend and frequent voice of reason. A life of abandonment and loss has left her tough, but she’s guarding a secret wound.

M(arcus): R’s only friend among the Dead. A monster with a sense of humor. He and Nora share a horrific moment in history that won’t stay buried for long.

Abram: Perry’s older brother, recruited by the Axiom Group at a young age and forced into a brutal life of post-apocalyptic war-business, now a single father struggling to raise a daughter he doesn’t understand.

Addis: Nora’s little brother. Long thought to be dead and gone, he still has a big role to play in reviving this dead world.

What age group would you say the series is aimed at?

I wrote it for adults and anyone who reads like an adult, regardless of their age. Some of the characters are young, some are old, but I think the themes are pretty universal. Loneliness, depression, finding hope and human connection, fighting for a better world— anyone can relate to these struggles. I wouldn’t want to constrain them to an age bracket.

Do you have a release date for the concluding book, THE LIVING?

THE LIVING fell into limbo when THE BURNING WORLD’s sales didn’t meet my publisher’s expectations. I’m currently talking to other publishers in the US, but I have been promising everyone that it will come out in 2018 one way or another, even if I have to self-publish. I’m not sure what that will mean for the UK release, but hopefully it won’t be far behind. A very frustrating situation but this story is going to end soon, no matter what. 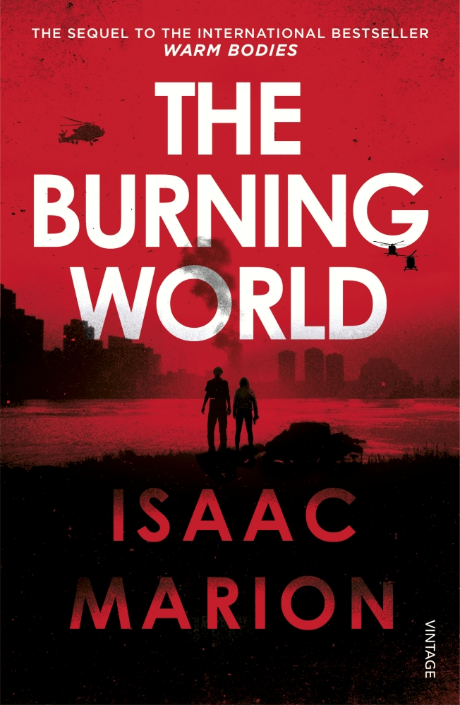 Which book in the series did you enjoy writing the most?

It’s hard to use the word “enjoy” when I talk about writing because it’s almost always a big sweaty effort that leaves me burned up and exhausted. But I would say THE LIVING is my favourite book in the series because it contains the weirdest, wildest stuff as R and Julie explore deeper into their unravelling world, and it has all the big reveals and emotional payoffs that the whole series has been building toward. It’s really driving me crazy that I can’t share it yet.

Can people listen to audio versions or are there plans to release any?

There are audiobooks for the whole series so far, available on Audible or wherever you get your audiobooks. I’ve only listened to WARM BODIES myself, which was a great performance, but I hear the other two are really good as well.

Would you say the characters were portrayed well in the Warm Bodies film?

I think R and Julie were both pretty solid portrayals. Nicholas Hoult in particular really nailed R’s awkward charm, even if they made him a little younger and less poetic than the book version. Rob Corddry also did a great job with M’s dry humor, even though they had to drop the whole “badass giant” aspect of his character. Others like Nora and General Grigio deviated a lot more, to the point where I don’t really see them as the same people. For example, Nora in the books is a half-Ethiopian orphan who’s older and tougher than Julie and is protective of her more vulnerable friend, whereas in the movie she’s a teenage white girl who seems more like Julie’s classmate. Still a fun character and Analeigh Tipton played her well, but… just not the same person.

Do you feel the release of the film encouraged people to read the whole series?

The film gave me a bigger debut than I ever imagined I’d have, but ironically I think it may have pushed people away from the rest of the series. The movie attracted an audience that wouldn’t normally be into this kind of book, so even though a lot of people read WARM BODIES because they loved the movie, most of them weren’t the natural audience for the kind of story I was writing and they didn’t follow it past the first book. And because the association with the movie is so strong, most of the people who WOULD appreciate the books will never pick them up. So yeah, the movie created a kind of marketing paradox that has made things challenging as I move deeper into the series. My hope is that when THE LIVING comes out and the series can be seen as its own complete story, it will start to establish itself outside of the movie’s shadow.

How would you pitch your books to people that haven’t heard anything about them?

I try to keep the word “zombie” out of it for as long as possible because once you say that people think they know everything about the story and many will immediately dismiss it because they “don’t like zombies”. This isn’t a zombie story. It’s about people trying to recover their humanity and find their place in a ruined world. It’s about people holding onto hope even when it’s irrational, defying the forces of stagnation and decay and pushing toward a new future. And oh yeah, some of those people are zombies.