For his first professional screen role, Harry Grasby played Ned Umber in TV series Game of Thrones in 2017 before returning to the show for an episode last year in its final series. With Jamestown also airing its final series last year, Harry joined the cast as regular character Tamlin Appleday where he worked alongside actors including Dean Lennox Kelly and Niamh Walsh. Most recently, Harry voiced the role of Ryan in the BBC Radio show 24 Kildare Road, and is also a keen musician and hopes to perform new original music in the future. Earlier this month, we caught up with Harry about his first screen role in Game of Thrones, joining the cast of Jamestown and voicing Ryan in 24 Kildare Road.

You voice the role of Ryan in the BBC Radio show 24 Kildare Road by Katie Hims, can you tell us about the show and your character?

The show is about two boys who find a body while sledging and this escalates quite quickly. It’s a mystery that consists of different people and how they fit into this moving story. My character Ryan is definitely cocky and less sympathetic than everyone else, and a bit more distant.

How long were you in the studio recording for this role?

A typical day for me is getting lost in the studio because I only spent a day there. The whole process of a radio play is quite quick and it’s less time-consuming than filming on screen.

What have you enjoyed most about working in radio?

Working with all of these great people that helped to create this play, and also, the food!

What was it like on set of Game of Thrones filming as Ned Umber?

I don’t know where to start! It was one of the best experiences ever. The amount of work and dedication that the whole crew put into this is phenomenal. I am so pleased I was able to work with such amazing people, and to be part of such an amazing wrap up to this incredible show.

How was it returning for Series Eight after filming a couple of episodes for the previous series?

I was so pleased when I got the call through. I have loved every second of working on this project.

Where did you film your scenes and was it your first time away from home?

It was all filmed in Belfast in Northern Ireland, which is a nice place to visit. It was my first time abroad for a project.

I’m often nervous in auditions because acting is quite a competitive industry. I somehow didn’t get the whole script through for my second audition for Jamestown so I told the crew and I was given literally minutes to learn the rest of it! I was surprised when I heard the crew liked my read-through.

How did it feel playing the role of Tamlin Appleday?

It was a fun role to play! Tamlin gets into a lot of trouble and he does a lot of fighting. I feel like he is quite a distinctive character in the show because of his attitude, but the change that he goes through during his time on the show is really significant and powerful.

How was it being part of the cast?

It was rewarding being part of such a wonderful cast like this and I got on really well with all the members. I felt thrilled that I had this opportunity to work alongside people like Dean Lennox Kelly and Niamh Walsh.

How did you get into acting and what do you remember from your first acting role?

I went to a local youth theatre and saw that there were auditions available for a touring show of Chitty Chitty Bang Bang. I remember getting on really well with the rest of the child actors and actresses when I got the part. 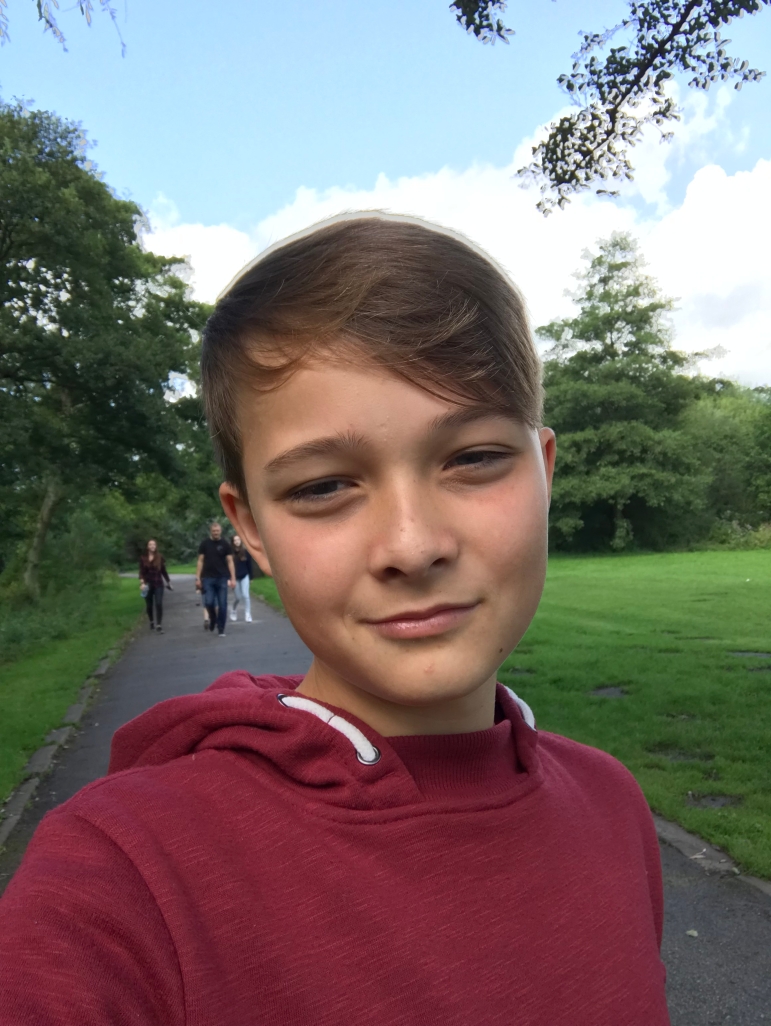 Would you like to do more work in theatre?

Definitely. Although, if it was another musical, I would have to learn to dance properly!

Do you have a favourite screen actor you would like to work alongside?

Yes. If I could choose any screen actor to work with, it would definitely be Tom Hanks. I’ve enjoyed watching every role he’s played.

We understand you sing and play guitar, when did your interest in music begin?

I’ve always been interested in music. When I was a bit younger, I was always making up crazy jingles.

What are your career plans for the next few months?

I’m not sure. I love acting, but also music, so I’m still deciding which path to try and go down. I would definitely like to perform some of the new songs I’ve recently written… I just hope they don’t turn out cringy this time!